By Christine Mitchell on November 19, 2015@Housetornado37 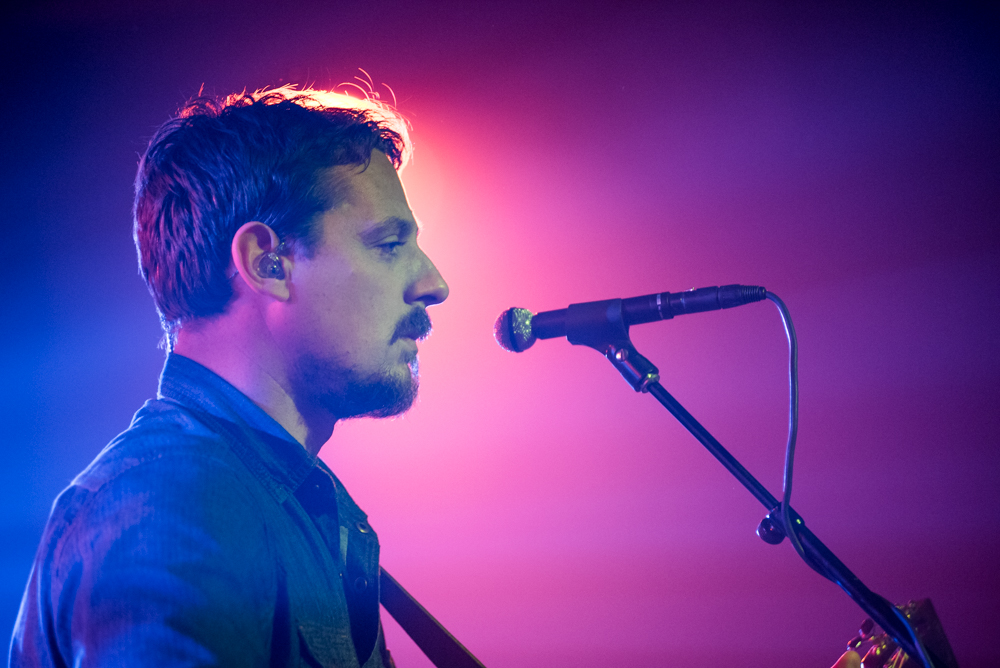 Certain people get very excited about Sturgill Simpson, while others have a hard time understanding what it is that makes Simpson such a special snowflake. He is one hundred percent a country musician, and his sound hews very close to what could be termed “old school” country. Think George Jones or Waylon Jennings, the sort of country you heard before Garth Brooks broke the barricade between country and pop, and long before Taylor Swift steamrolled and paved over that barricade, making the two indistiguishable. Yet while Simpson’s musical stylings may cause folks to wax nostalgic about country days of yore, his subject matter plants the listener firmly in the present: who else could sing a song that mentions marijuana, DMT, Jesus, aliens, and Buddha in the space of three minutes (“Turtles All The Way Down”)? His latest album is perfectly named: Metamodern Sounds in Country Music, and Simpson piqued the interest of enough Seattleites to sell out the Showbox SoDo.

Comedian Billy Wayne Davis warmed up the crowd for Simpson with a routine that was a mishmash of Jeff Foxworthy, Jim Gaffigan, and a smidge of Jerry Seinfeld. Davis had the advantage of having previously lived in the area, which gave more of a local punch to his redneck jokes. Those in the room were accommodating to Davis, if a little stumped as to why the opening act wasn’t an actual band.

Simpson started things off with “Livin’ The Dream,” which is also the moniker of his current tour. Fans lost their heads to nearly every song including the ballads, especially the be-hatted bros, who felt the need to punctuate every tender line with a “WOO!!!!” Simpson himself was fairly stoic throughout the performance, stopping once to wonder about the source of all of the smoke in the room (“WOO!!!”). But the music spoke volumes above and beyond his demeanor as every song was expertly executed. Simpson’s voice was spot-on; his country mumbles were sometimes lost in the murmur of the crowd but the timbre shone through, whether it started down low (as it did with “The Promise”) or built up to a soaring country-twanging crescendo (as it did at the end of “The Promise”).

A stomp-worthy ditty about cocaine (“Long White Line”) turned into an incredible cover of Memphis Minnie’s (made famous by way of Led Zeppelin) “When The Levee Breaks.” Much of the credit for the greatness of “Levee” was due to lead guitarist Laur Joamets, an incredibly talented musician who hails from Estonia, where he played in rock bands. Since moving to Nashville and touring with Simpson, he’s been earning heaps of praise, and it’s easy to see why. Many fans were looking around for a steel pedal musician only to realize that the sound they were hearing was emanating from Joamets’ slide work on the guitar. Meanwhile drummer Miles Miller not only kept perfect time with the drums but also executed perfect backing vocals.

The band played for nearly two hours, eschewing an encore and ending their lengthy set with a cover of The Osborne Brothers’ “Listening To The Rain” that threatened to bring the house down with an extended jam. The crowd hollered for an encore for quite some time, but the house lights still came on. It’s pretty obvious that Sturgill Simpson will have to return to Seattle; his fans won’t have it any other way.

Christine Mitchell has been poring over album liner notes pretty much since she acquired the skill of reading, and figured out the basic structure of rock songs at an early age. Whether it’s the needle popping into the first groove of the record, the beeps that signal the beginning (or end) of a cassette tape, or digital numbers ticking off the seconds from zero, music brings Christine happiness, ponderous thought, opportunities for almost scientific study, and sometimes a few tears. When she started attending live shows two decades ago, a whole new piece of the puzzle clicked in and she has been hooked ever since.
Related ItemsBilly Wayne DavisChristine MitchellFeatureLivin' the Dream TourMetamodern Sounds in Country MusicSeattle Music InsiderShowbox SodoSturgill Simpson
← Previous Story Wimps Celebrate Release of “Suitcase” at the Funhouse
Next Story → ‘The Narrow Valley’ Release with Bryan John Appleby and Friends