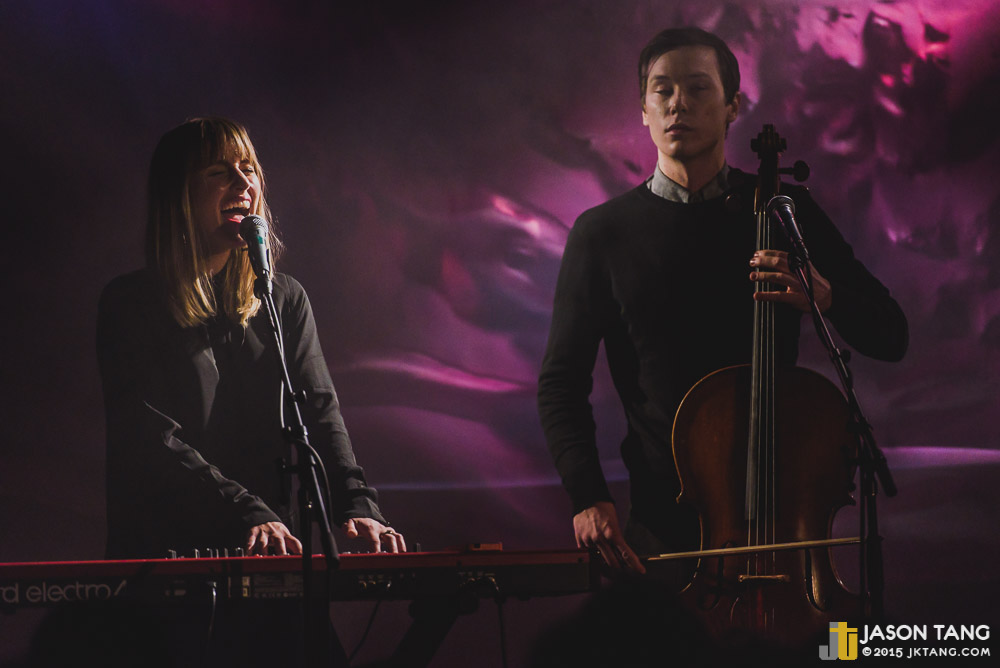 2015 was a big year for Meagan Grandall and her wonderful music vision, Lemolo. This past November, Grandall and company released the sonically and melodically brilliant, Red Right Return. They celebrated the new release at The Crocodile, with a beautiful and moving set, which leaned heavily on the newer, edgier material.

Adrian Centoni, who has been on drum duty for Lemolo’s live shows, is an accomplished musician. He plays with precision and passion, bringing his own styling to Lemolo, while being the perfect foil for Grandall on stage. Surrounded by friends and family, Lemolo picked the perfect venue to share new Lemolo music for the first time in over two years (Photos from that show are in the article below, courtesy of Jason Tang).

Lemolo recently completed a national living room tour and will return home just in time to bring in the New Year. Lemolo, along with SISTERS will play the Edward D. Hansen Conference Center for the 2016 New Year’s celebration, Music at The Ballroom, curated by the Everett Music Initiative. The event will be hosted by KEXP’s Michelle Myers.

Tickets are available for purchase here.

This past November, we welcomed Lemolo into Critical Sun Studio who talked about Red Right Return, and performed a few songs from the record. Lemolo’s Grandall and Centoni talked about the evolution of the sound and songwriting, as well as some of the distinctions between their newest record and the highly touted release, The Kaleidoscope.

Not only is he a multi-media journalist, he is also an accomplished musician. He is the founder of SMI and drives the creative look, feel and branding for the publication. His years of writing, arranging, and performing live music in a variety of genres inform his ability to communicate the message and the mechanics of music. Roth’s work on SMI reflects his philosophy that music is the universal language, and builds community. He believes it has the power to unite people of every race, religion, gender, and persuasion.
Related ItemsEverett Music InitiativeFeatureGreg RothJason TangKEXPLemoloMeagan GrandallMichelle MyersSISTERS
← Previous Story A conversation with Silas Blak
Next Story → Kristen Palmer Goes For Gold In Dreamland