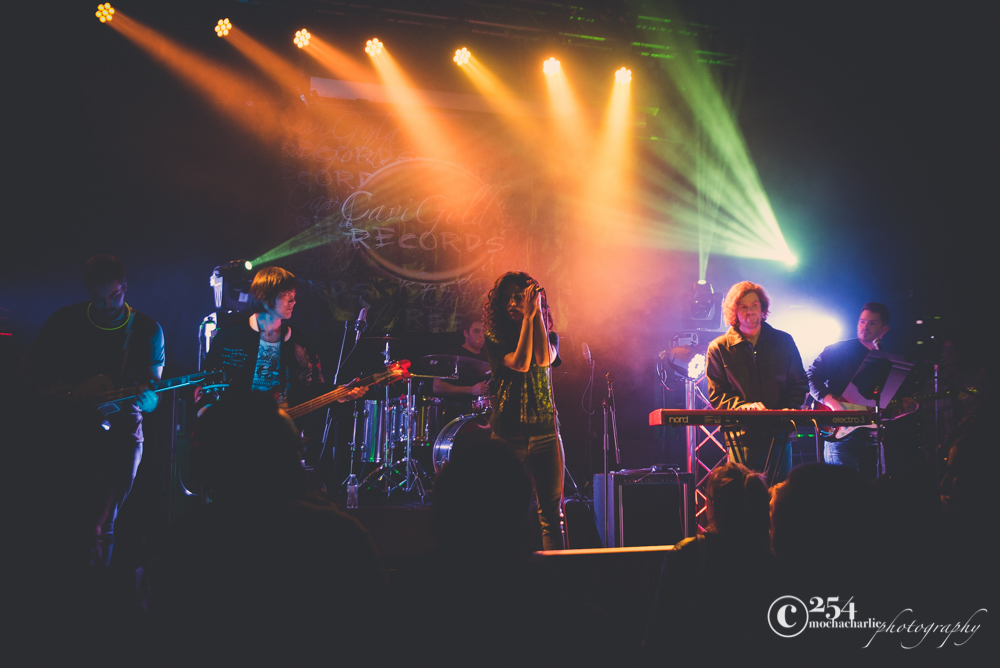 For the past six years, New Orleans born Kristen Palmer has had her heart set on digging her feet into the Seattle music scene. She’s played on many stages, worked with numerous musicians, and has continued to play original songs all over the Northwest. In 2013, she finally made her move by beginning to work on her debut EP, Dreamland, signed to a label, CaviGold Records, in 2015.

SMI: Where did you record the new EP?

KP: I first started recording it at Robert Lang Studios in January, 2013 with Justin Armstrong. We tracked my song ‘Addiction’ there at that time and then the other songs were recorded over the next two years at Durden Studios in Lake Stevens with Milo Eubank. It’s been a three-year labor of love resulting in a lot of self-discovery and a deeper appreciation for the recording process in this ever-changing music industry.

SMI: Had you been looking for a label, and what brought you to CaviGold?

KP: I signed with CaviGold Records in November. CaviGold approached me about backing the EP when it was close to completion. I had been watching the development of the label since I was introduced to them in 2013, and had been involved with their band, Lotus Crush‘s record ‘Rabbit Hole’ at Robert Lang Studios. They are a fantastic record label with a lot of passion for their artists in helping them accomplish their dreams. I’m thankful to be a part of such an incredible team and cannot wait to see what 2016 holds!

SMI: Are there other artist collaborations or special guests on the EP?

KP: I did co-write one of my songs, ‘Games’ with Daniel Young, a Nashville-based songwriter and former lead singer of the band, This Providence. All the strings were done by multi-platinum cellist, Philip Peterson.

SMI: Music runs in your family. Did your brothers have the opportunity to play on the EP?

SMI: How many songs will be on the EP?

KP: Six with a bonus track

SMI: Will the new EP be more full band tracks?

KP: The EP is mostly a full band. There is one song on there that’s broken down, but the rest is more cinematically inspired productions.

SMI: Much of your prior solo music has been categorized as singer/songwriter. How would you describe the new sound?

KP: My sound has developed into more soulful pop/rock especially on this EP. It was important for me to include some horns to give it a touch of the south. My goal was to mix the Seattle influenced songs with my New Orleans roots.

SMI: When should we expect Dreamland to be released?

KP: The EP will be released at the end of April. The 29th to be specific 🙂

SMI: Will you have a release show, perhaps here and in New Orleans? Should we expect a tour?

KP: Tours are in the works, we are still looking at dates. As for right now we are doing a Seattle release. Still looking at Nola for a release. I will be touring down there for sure!

SMI: How would you explain what the new EP means to you?

KP: For the past few years, I have had the opportunity to meet so many beautiful people in the music community that have influenced my life and my music significantly. The songs on this EP are all inspired from personal experiences and relationships. I tried to capture my heart’s current state in each song. Music is the most powerful tool we have to connect with others and this record is my way of doing that.

Before wrapping things up on her EP, Palmer will be included in the taping of CaviGold Records’ Live DVD, and will also feature the bands Lotus Crush and Royal Bliss. A select number of tickets are available through each artist, and can be requested here.

Before the holidays, CaviGold Records held their third annual “fan appreciation” event at Studio 7, which included a performance by Palmer, who debuted some of her new music with a full band filling the stage. She also invited local artist, Carolyn Hitt, to “paint” side stage during her set. Other label bands,  Awaiting Eli, Bingx, Everybody Panic! and To Whom It May also performed.

Mocha Charlie is an amazing photographer who has a real passion for music. She covers and shoots several shows per month in and around the region. She a brilliant photo journalist but most importantly, she is also a mother who does her best to balance out her life and live it to the fullest. Mocha Charlie uses her passion and talent to support the community, her friends and family any way that she can.
Related Itemsawaiting elibingxcarolyn hittcavigold recordsdreamlandeverybody panicFeatureKristen PalmerStudio 7to whom it may
← Previous Story 2015 was a big year for Lemolo
Next Story → Three NW artists on our radar