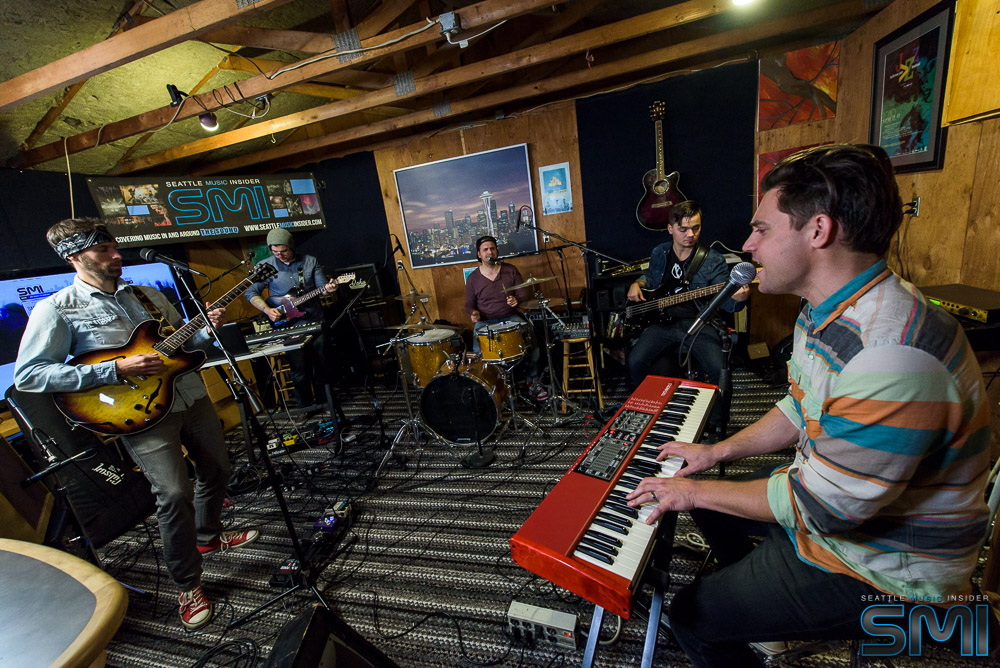 The BGP is a Northwest outfit that doesn’t sound like they are from The Northwest. Their sound flows through cities like New Orleans, Memphis, Atlanta, NY or Philly; it is definitely not the Puget Sound, if you dig. One could say that this group of friends and accomplished musicians plays a very sophisticated yet accessible brand of soul pop and rock. The truth is The BGP defies categorization. Oh sure you hear the influences but the boys have their own thing goin’ on and have for several years.

Allen Stone used to open for them. The BGP opened for Fitz and The Tantrums who were playing their coming out party before achieving local and global success. These talented group of cats also appeared on national TV on America’s Got Talent. Over the course of their time together they have released an EP and a handful of singles. It all started when they released their debut EP, titled Love & Rent, in 2010. After a very successful Kickstarter campaign, the group has released their second EP, titled Fort Knox, in late 2015.

The BGP is a band we have championed for almost 6 years. We have watched and heard them evolve during that time. It was an honor to have them kick off the musical portion of our 5 year Anniversary party last summer at Rhapsody World Headquarters in Seattle. We did so because we love their sound and you couldn’t meet a cooler bunch of fellas.

The BGP will play their first show of the new year at the legendary Neumos on Capitol Hill on Wednesday, January 20th. Also on the bill will be Down North and Bardot. Tickets are available here.

We have interviewed The BGP for past episodes of SMI Radio. We finally got the group to come into Critical Sun Studios for a live in-studio session and interview. The full interview and performances can be heard by clicking the player below.

We invite you to take a look at their live performances of “Uhmerica,” “Normal Things,” and “VCR” engineered by Bubba Jones of Critical Sun Recordings with the video production and photo gallery courtesy of Jason Tang.

The BGP’s new album “Fort Knox” is out now. You can purchase or stream it at the following links: iTunes | Bandcamp | Spotify

Keep connected with the band through their website and Facebook/Twitter/Instagram.

Not only is he a multi-media journalist, he is also an accomplished musician. He is the founder of SMI and drives the creative look, feel and branding for the publication. His years of writing, arranging, and performing live music in a variety of genres inform his ability to communicate the message and the mechanics of music. Roth’s work on SMI reflects his philosophy that music is the universal language, and builds community. He believes it has the power to unite people of every race, religion, gender, and persuasion.
Related ItemsAmericas Got TalentBardotBrandon GhorleyCritical Sun RadioCritical Sun StudiosDown NorthFeatureGreg RothJason TangNeumosSMI RadioThe BGPUhmerica
← Previous Story The Banner Days take us to Church (Video Interview & Photos)
Next Story → SMI Radio XTRA: Adrian Belew talks about working with David Bowie