By Kriston McConnell on January 16, 2016@Kristonisms 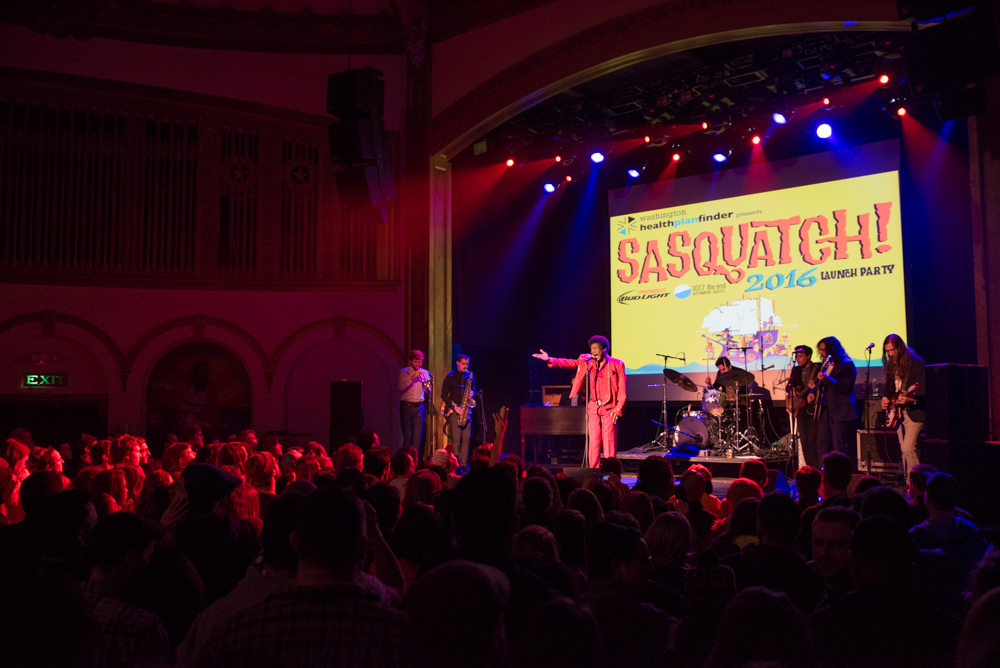 The annual tradition that is the SASQUATCH! Launch Party brought the larger than life sound of M. Ward and Charles Bradley & His Extraordinaires to the Neptune Theatre. It’s the concert that everyone anxiously awaits each new year to be one of the first to find out who will be on the festival’s lineup on Memorial Day weekend. The patience of fans was greatly rewarded with a fantastic show and a lineup that sent waves of screams throughout the entire theater. The entire show was streamed live to children battling serious illness via our wonderful partners, Melodic Caring Project.

While waiting for the first band to hit the stage, the audience was entertained by the DJing skills of SassyBlack – a local musician who specializes in electronic soul. When it came time for M. Ward to perform, the wonderful host, Luke Burbank, thanked everyone involved who made the night happen. After a brief introduction, M. Ward and the rest of his gang took their place up on the stage and kicked off an awesome night. The Portland-based outfit has a dedicated group of fans based in Seattle, so the energy was high during their set. M. Ward himself had a ton of energy to give, and on more than one occasion took a few minutes to simply rock out on his guitar. Needless to say, the group will be a great addition to this year’s Sasquatch! lineup. 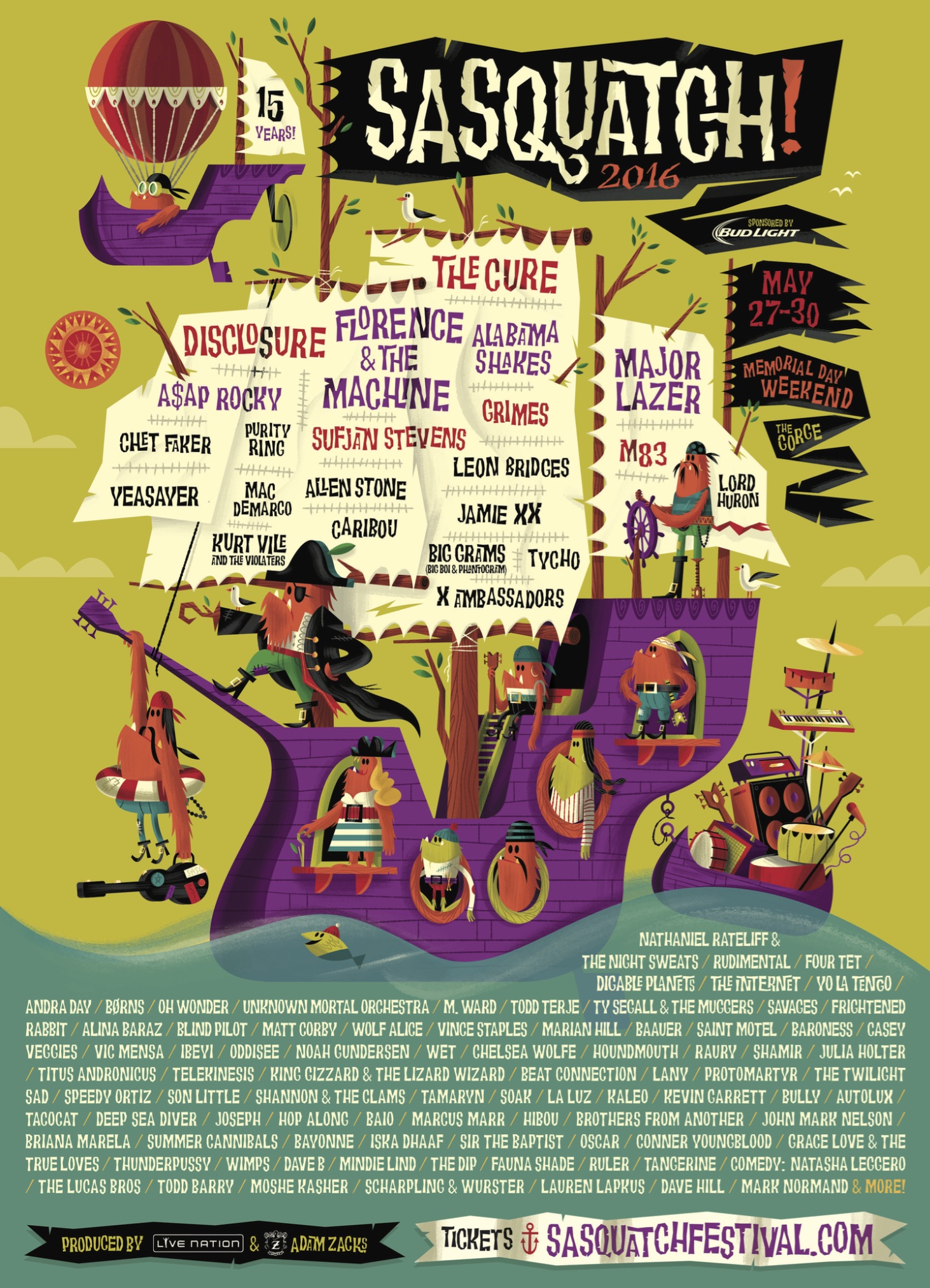 After their set, Burbank teased the audience about the lineup. He also shared an ad for the event’s sponsor, Washington Healthplanfinder – featuring one of the members of the local duo SISTERS. It was revealed that they will be participating in this year’s Sasquatch! festival, as well. Shortly after the ad ended, Burbank introduced the headlining act – Charles Bradley & His Extraordinaires. They did not disappoint.

Bradley has been in the music scene for over 50 years. The man is larger than life, and his voice easily filled up the entire venue. It seemed almost a shame that a personality such as his was cooped up in a venue the size of Neptune. The musicianship demonstrated by The Extraordinaires was nothing short of magical. They seemed to be completely tuned in with one another, and were able to energetically play without Bradley singing for extended periods of time. It’s not often nowadays that a musician goes through a wardrobe change during their performance. Charles Bradley is an old school dude though, and changed from his sultry, red sequined outfit to a dashing black one. He was full of laughter, energy and life throughout the entire time he was up on stage.

After about an hour or so of performing, it was finally time for the lineup to be revealed. Burbank came out once again to introduce the announcement video containing the highly anticipated lineup. To much cheering and clapping, the lineup was revealed via a short comical video. Among the artists listed were Sufjan Stevens, Florence + The Machine, A$AP Rocky, The Cure and many others. A few local artists that Seattleites should look forward to are La Luz, TacocaT and SISTERS. The lineup, as well as tickets and camping passes are available through the Sasquatch! official website.

Kriston began her writing career as a passionate music fan. She attended dozens of shows, purchased CDs, vinyl and even cassette tapes of artists she barely even heard of. Shortly after joining a band's street team she happened to meet blogger Jacob Tender (now with Alternative Press) who asked her to write for his blog. After a couple of months he joined the staff of Under The Gun Review, and brought her along for the ride. After spending four years as a major contributor to the publication she moved on to be a web content contributor for New Noise Magazine, whose print magazines have a national reach.
Related ItemsCharles BradleyChristine MitchellFeatureKriston McConnellM. WardNeptune TheatreSasquatch! Launch PartySasquatch! Music Festival
← Previous Story Three NW artists on our radar
Next Story → Skate Like A Girl Benefit: In a Perfect World