By Christine Mitchell on January 20, 2016@Housetornado37 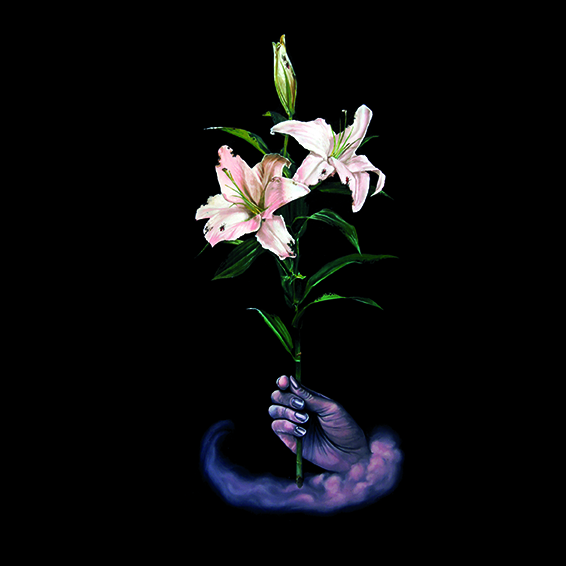 DBUK’s Songs One Through Eight

DBUK’s first album, Songs One Through Eight, is a collection of recordings that stretch from 2006 to 2014 and were released late last year. During that time, the group expanded from a trio to a quartet, with various members returning to Denver after moving away for periods of time, and then coalescing and performing gigs with increasing regularity. As a result, DBUK has become less of an experiment for these members of Denver’s more exuberant Slim Cessna’s Auto Club (Slim Cessna, Munly Munly, Dwight Pentacost, and Rebecca Vera) and more solidified: a different, darker, percussive animal, though still driven by songwriter Munly’s literary-leaning imagination.

Songs One Through Eight is spare, yet intricate, chock full of that which is taboo and that which is mundane. Nurse Ratched types, bodily fluids, a sturdy truck, and a college girl populate the songs, along with other sordid items and characters. Horror and humor permeate the lyrics: tooth decay and Kool Moe Dee feature in the song “Columbia Girl,” while death and Michelob Light have their place in “Uncle John’s Boat.”

The songs quirkily unwind in a clutch of uneasy, complex short stories, featuring characters whose tales often serve to flesh out singularly flawed people who stand firm in their own good intentions. During “Immaculately Warded Children” the narrator explains his role at an orphanage, protesting a bit too much about his own “good, good heart,” as he performs varying degrees of torture on youngsters in order to “strengthen their bad hearts.” “Some say it’s unusual, but none have punished me by saying it’s cruel,” Munly sings. “The Red Cross is Giving Out Misinformation” features a character who pees and ejaculates into various vessels at the Red Cross, yet points an accusing finger at the humanitarian organization. Despite the dubious nature of the lyrics, the songs are strangely compelling and full of beauty, like wings on a squirming insect.

Musically, the songs don’t fit comfortably into any genre; too twisted for folk, too dark for Americana or country, and too goofy to be gothic (a man in a dress packing a crowbar under his skirts and dancing to Cheap Trick?). The term “Denver Sound” has been bandied about for years, but it seems to describe geography better than any sort of stylistic thread between Denver’s bands. These acoustic songs rely on uncluttered guitar lines paired with complex, layered percussion and vocals. The band’s instruments are varied and strange, including a service bell, mouth organ, an autoharp, and a bullhorn. They are quiet (save the bullhorn), the empty spaces given as much weight as those filled with sound; the vocals are often subdued, yet there are moments where Munly forcefully caws in imitation of a bird or Pentacost abrasively recites lyrics through moderate distortion. The newest songs are easiest to pick out as they feature Vera’s vocals lilting along with the other band members, and they are the most fully fleshed out. Munly figures at the center of this shining constellation, from his exacting, poetic lyrics to his vocal delivery, which astoundingly varies from a bottom-of-the-gut baritone to an impossibly high falsetto. In person, Munly is reserved, but there are no barriers when he slips into his musical/creative persona. It’s delightful.

Songs One Through Eight is excellent, and it will fly under most everyone’s radar. This album requires the listener to work in order to appreciate the music, which immediately disqualifies it from a large chunk of the populace. It doesn’t sound like other music and defies comparisons. DBUK’s band members interview underwhelmingly; it’s obvious that they aren’t into small talk and feel that the music speaks for itself. Yet, these things only add to what makes these songs great. They reward those who give them repeated listens and pay attention. They stick out like sore thumbs in any music collection; the songs feel more like they come from underground than from outer space, but, dammit, they are interesting. They are intelligent, and the world is a better place because of them.

DBUK played their first Seattle show last fall at the Sunset Tavern. The slide show below showcases images from their performance.

Christine Mitchell has been poring over album liner notes pretty much since she acquired the skill of reading, and figured out the basic structure of rock songs at an early age. Whether it’s the needle popping into the first groove of the record, the beeps that signal the beginning (or end) of a cassette tape, or digital numbers ticking off the seconds from zero, music brings Christine happiness, ponderous thought, opportunities for almost scientific study, and sometimes a few tears. When she started attending live shows two decades ago, a whole new piece of the puzzle clicked in and she has been hooked ever since.
Related ItemsChristine MitchellDBUKFeatureMunlySeattle Music InsiderSlim CessnaSlim Cessna's Auto ClubThe Sunset
← Previous Story Strangely Alright Drops Free Download of Latest Single
Next Story → Espresso & Cookies With Vanessa Carlton