By Christine Mitchell on January 27, 2016@Housetornado37 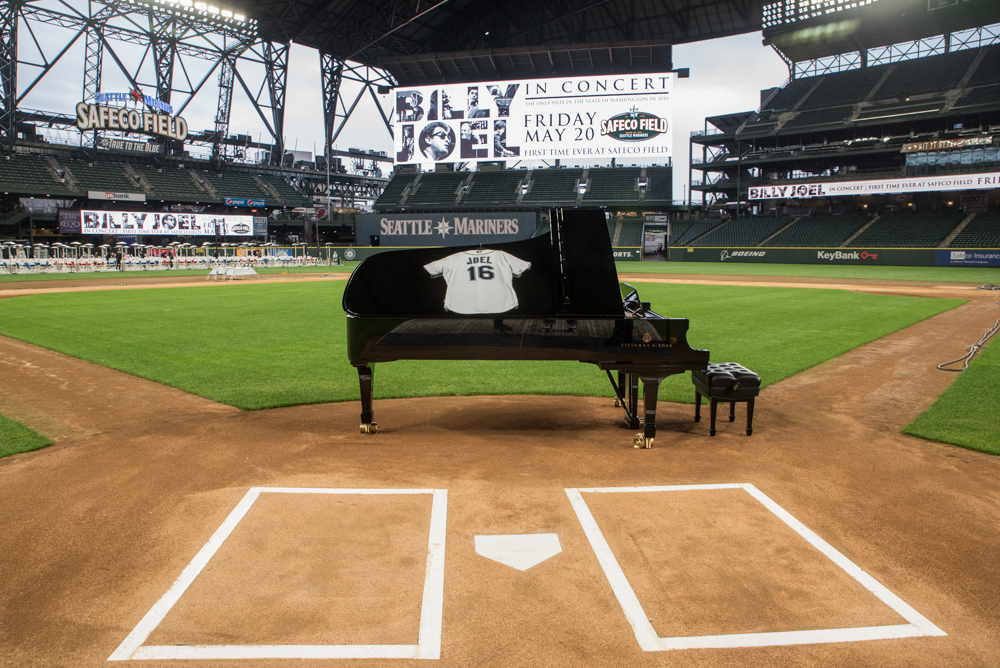 It was announced at a press conference held at Safeco Field this morning that the legendary Piano Man, Billy Joel, will play a concert at the home of the Seattle Mariners on Friday, May 20, 2016. It has been seven years since Joel played in Seattle at the KeyArena, and it will be his only date in Washington this year. His show will be the third major concert held at Safeco, the first being Sir Paul McCartney in 2013, followed by Beyonce & Jay-Z in 2014. The Beach Boys also performed there in 2008, but it was a private event. Joel became the first musical franchise at NYC’s Madison Garden in 2014, where he has since played one show a month. His shows there are sold out through June 2016.

“We are delighted to welcome the incomparable Billy Joel to Safeco Field this season,” said Seattle Mariners President Kevin Mather in a statement to the press. “To host a concert event at Safeco Field takes a very special talent, and Billy Joel is one of those special talents. We look forward to an unforgettable evening from one of the world’s greatest performers.”

Whether your favorite Billy Joel is the Piano Man, the rocker, or his more recent, quieter self, his worldwide popularity is undeniable. Tickets will be available through LiveNation at 10 a.m. on Friday, February 5, although American Express cardholders may purchase tickets early from 10 a.m. February 1 through 10 a.m. February 4.

Christine Mitchell has been poring over album liner notes pretty much since she acquired the skill of reading, and figured out the basic structure of rock songs at an early age. Whether it’s the needle popping into the first groove of the record, the beeps that signal the beginning (or end) of a cassette tape, or digital numbers ticking off the seconds from zero, music brings Christine happiness, ponderous thought, opportunities for almost scientific study, and sometimes a few tears. When she started attending live shows two decades ago, a whole new piece of the puzzle clicked in and she has been hooked ever since.
Related ItemsBilly JoelChristine MitchellFeatureLive NationSafeco FieldSeattle Mariners
← Previous Story Chase Rice at The Paramount
Next Story → Timbrrr! Tips From a Former Local