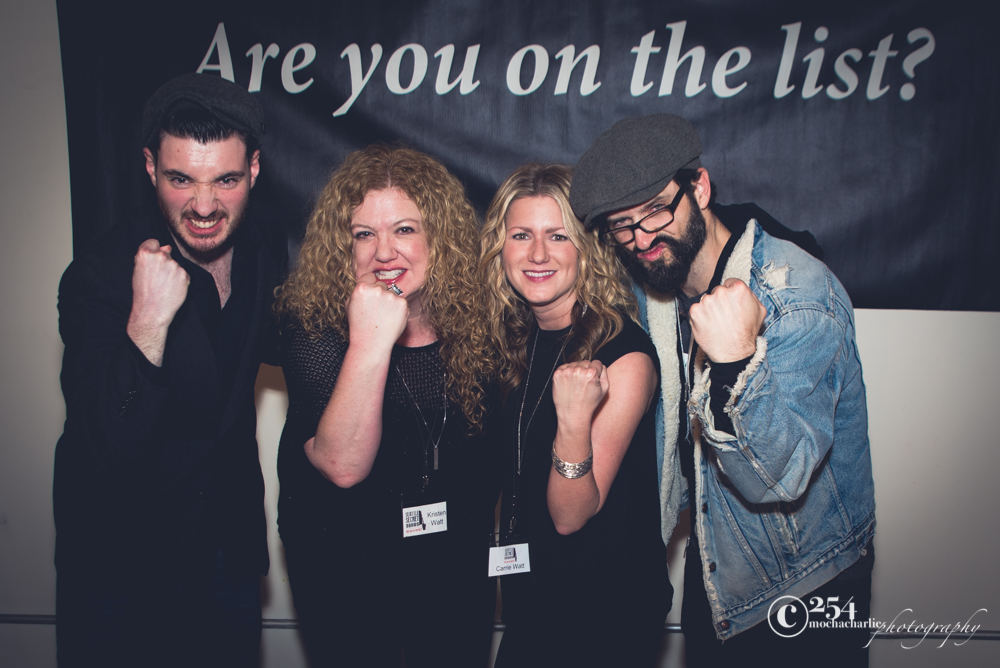 Selling out a SLRS isn’t a walk in the park. It takes numerous hours of planning and production, including numerous hours and dedication from those working behind the scenes, and volunteers coming together to pull it off. Looking toward their 8th Anniversary this April, SLRS started off 2016 by booking two artists whose music sealed the deal. JP Hennessy is originally from Ireland and left his homeland in 2012 after parting ways with the band, The VooDoos. He’s been making his way into Seattle’s music scene as a solo artist ever since. He’s produced both a self-titled EP and a live and unplugged EP, and is expected to return to the studio this spring to record his first full length album. He refers to his prior albums as having more of a ’60s vibe, and he’s looking ahead to produce something a bit more modern with a kick of soul. That kick of soul was apparent during his set on Friday night, especially with his cover of Stevie Wonder’s “Superstition.”  He gave his original tunes a bit of a twist throughout the night, adding longer electrified acoustic guitar solos.

“Are you liking all of these Irish tunes?,” he joked, “That whole diddly eye stuff is a myth.” As a full time musician, he plays roughly four gigs per week, and has funded all of his previous music out of pocket. He’s planning a crowd funding platform to get fans involved in the new project. Tickets are now on sale for his next local show on February 24 at The Tractor Tavern, opening for Tacoma’s Stephanie Anne Johnson, (who appeared on The Voice in 2013).

There are numerous reasons why it’s taken Tony Lucca so long to return to perform for a Seattle Living Room Show. He’s been very busy making, producing, promoting, and singing his songs across the globe, and he has been working on new material that he plans to bring to fans in 2016. He has live recordings he will be releasing this year, including what he will call “Sun Sessions,” tracks he recorded at the same legendary studio where Elvis Presley recorded more than two dozen of his infamous hits.

He will also be releasing a tenth anniversary edition vinyl of his album, Canyon Sessions. After his time on The Voice, and his short time being signed to Adam Levine‘s 222 Records, Lucca turned to fans to help fund his latest collection of music, “Made To Shine: The Kickstarter Sessions” (containing a collection of songs written with and for the project’s backers).

After producing music with others, and on his own, one thing he is most proud of is the way he’s handled rights and ownership of his music since beginning his career in 1997 (yes, he’s been performing and singing since he was a Disney Mouseketeer back in 1991, but began as an independent musician in 1997). He currently owns the rights to his entire catalog. There aren’t many musicians who have gone through what he has that can say that.

As for live performances, last Friday night was special. Not only was he able to perform old songs and new, he was also in for a rare treat. JP Hennessy, at the end of his set, started singing (along with the the 150 fans who packed the room) “Happy Birthday,” and SLRS founders Kristen & Carrie Watt presented Lucca with two cupcakes, with  “4” and “0” on each. He was excited to return to a “living room” style show (not just for the cupcakes). He enjoys the close proximity to fans, and the abilities to become a storyteller each night between songs. His songs are well-written, and constructed with perfectly placed notes, designed to evoke emotions at every turn. One such song he performed, “Wife of a Sailor,” was written for someone serving their country. He not only writes music with compassion, he sings them with vigor and passion, allowing his own emotions to come through with each note. He would really like to perform more of those types of shows more often, and looks forward to what future events are to come. For now, he has a few solo shows scheduled before joining American Idol alumni, David Cook on tour in February and March.

Mocha Charlie is an amazing photographer who has a real passion for music. She covers and shoots several shows per month in and around the region. She a brilliant photo journalist but most importantly, she is also a mother who does her best to balance out her life and live it to the fullest. Mocha Charlie uses her passion and talent to support the community, her friends and family any way that she can.
Related ItemsFeatureJP HennessyMocha CharlieSeattle Living Room ShowsSeattle Secret ShowsTony Lucca
← Previous Story All in the family with My Brothers and I (Video Interview & Photos)
Next Story → Why Are You Not on These Lists?!