By Kriston McConnell on February 2, 2016@Kristonisms 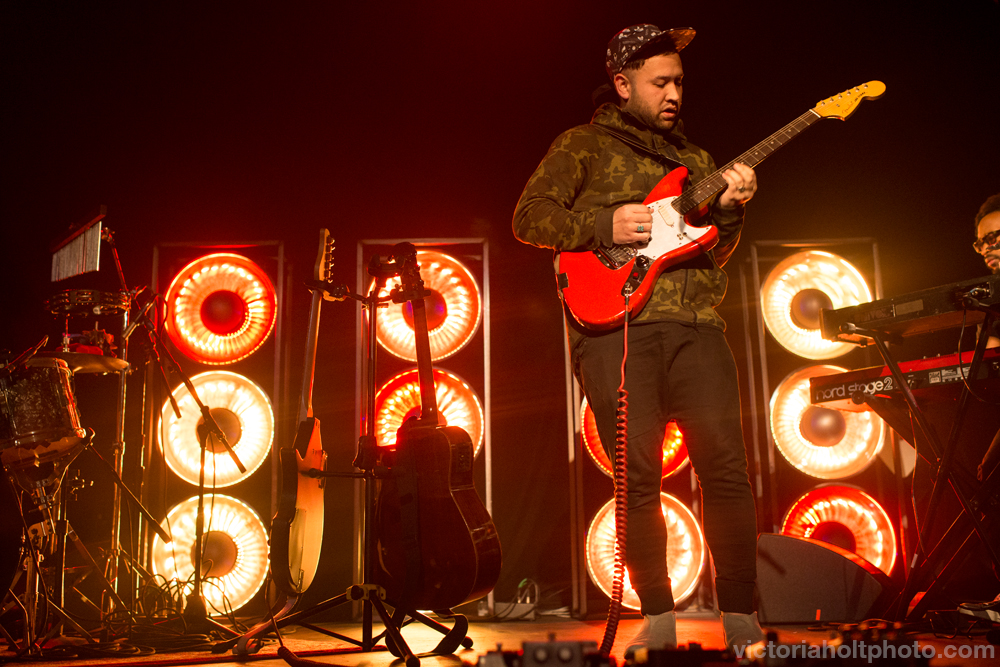 In 2012, three local groups came together with a common goal of creating a show that would support other groups within the community who share the same values. Those groups were Starbucks, STG and KEXP. These organizations have utilized their influence to help raise money for a variety of organizations via the Little Big Show concert series. With 100% of ticket sales going toward a specific organization, music fans have the opportunity to see bands they enjoy and they can feel good knowing their ticket money is going toward a great cause. For the fourteenth concert of the series, the trio selected a local organization that focuses on American Indian and Native Alaskan youth. The organization, named Red Eagle Soaring Native Youth Theatre, offers free activities for youth between the ages of 10 and 19 that focus on self-expression and confidence building through contemporary arts. In its 22 years, the organization has mentored hundreds of youth and staged more than 160 productions. With the help of Starbucks, STG, KEXP and Neptune Theatre, the organization raised over $18,000 through ticket sales. To date, their efforts have raised over $190,000 for fourteen different arts organizations in the area.

Before the bands took the stage, a handful of youth from Red Eagle Soaring sang a traditional song from the balcony of the venue. Once they were finished, and after much cheering from the audience, the four-piece indie pop outfit Hibou took the stage. They are a favorite among the locals, and instantly brought the crowd to life. Their energetic frontman, Peter Michel, cranked out song after song whilst dancing around on the stage with his guitar.

Next up, was the first of the two touring bands. Lower Dens, which is a four-piece indie pop outfit based out of Baltimore, Maryland, had the crowd almost as excited as they would be for the night’s headliner. Lana Hunter has a powerful, unyielding voice that filled the entire venue. The steady beat of the kick drum kept things upbeat and sent heavy vibrations throughout the crowd. Fans were understandably excited to see them up on stage, and continuously amused Hunter with their shouts between songs. Lower Dens ended their set with Hunter taking the stage on her own to sing a song from her old band. She sang a cappella, and the song was slow, intense – a great way to end their performance.

Shortly after Lower Dens ended their set, the host announced details for the 15th Little Big Show slated for April 9 at the Neptune Theatre. Tickets go on sale February 5. The headlining performances will be by Philly-based singer Santigold and Seattle-based performer DoNormaal. EMP’s Youth Programs will receive the proceeds of this benefit show.

The last, and certainly not least, group to perform was New Zealand’s Unknown Mortal Orchestra. The venue was packed to the brim as everyone tried to squeeze in as close to the stage as possible. For those who showed up early and snagged a space in the front, it was well worth the effort – the band put on a fantastic show. The musicianship between each of the members is plain to see – with the trust and understanding needed to pull-off such a stunning, energetic performance. They played a mix of newer songs, including the single “The World Is Crowded,” as well as a few fan favorites like “So Good At Being In Trouble,” and “Multi-Love.”

One of the best moments of the night came in the form of a feverish drum solo by Riley Geare. He clearly has a natural talent for drumming. He had no hesitation, and he seemed to know exactly where he wanted to plant each hit. His performance, and the band overall, was the highlight of the night. Their passion is a huge reason why the show sold out and was able to raise as much money as it did for Red Eagle Soaring Native Theatre.

Kriston began her writing career as a passionate music fan. She attended dozens of shows, purchased CDs, vinyl and even cassette tapes of artists she barely even heard of. Shortly after joining a band's street team she happened to meet blogger Jacob Tender (now with Alternative Press) who asked her to write for his blog. After a couple of months he joined the staff of Under The Gun Review, and brought her along for the ride. After spending four years as a major contributor to the publication she moved on to be a web content contributor for New Noise Magazine, whose print magazines have a national reach.
Related ItemsFeatureHibouKEXPKriston McConnellLittle Big ShowLower DensRed Eagle Soaring Native TheatreStarbucksSTGUnknown Mortal OrchestraVictoria Holt
← Previous Story CaviGold Records Films Multiple Live Bands at Historic Seattle Theater
Next Story → SMI On The Road: The 2016 NAMM Show