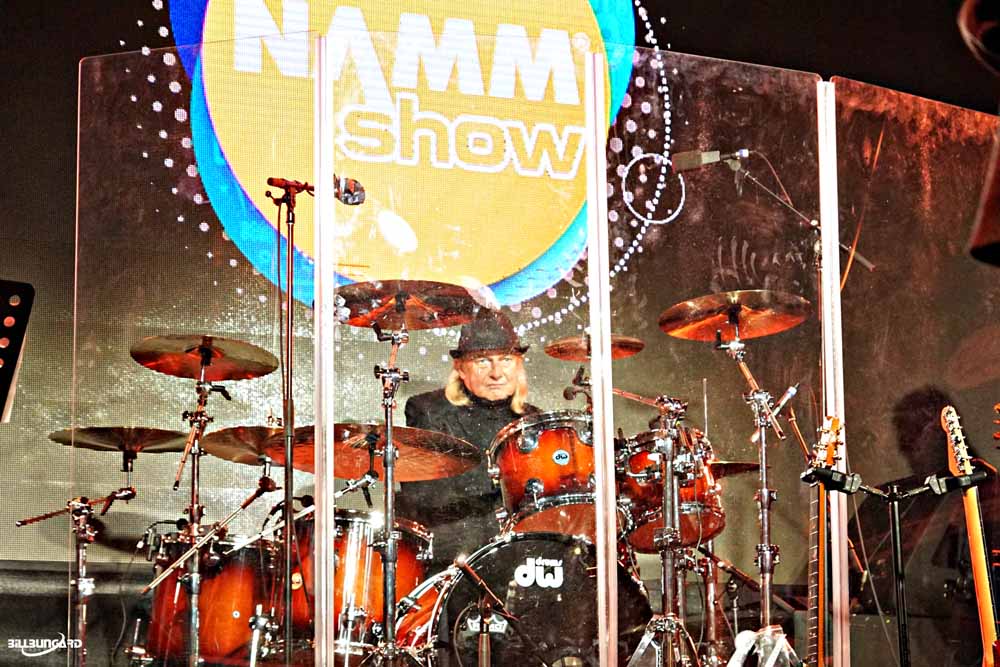 SMI’s Bill Bungard traveled down to SoCal and visit some of our friends at The 2016 NAMM Show. For those of you that may not be aware, NAMM is the world’s largest trade-only event for the music products. The industry event was held last month, Jan 21-24 at the Anaheim Convention Center. There were no less than three floors of exhibitors showing their products and services. The Marriott, Hilton and Sheridan Hotels also hosting music stages and workshops, as well as showrooms showcasing some of the newest music gear.

The NAMM show attracts numerous famous musicians, many of whom are endorsed by exhibitors and come to promote their own signature models and equipment as well as a pilgrimage of musicians that receive sponsorship by exhibitors to attend. Our very own Alan White and Meagan Wilde made their way down south for the annual music event.

Bill did his best in attempting to cover the event with photos. With so many shows and performances all over Los Angeles, it can be a little difficult to decide on what to check out.

Bill’s gallery of photos is a very small sample of the mass function taking place. Over 100,000 people attended the four day event. Everyone seemed to be having a ball but there was one common complaint from some were that their feet hurt. That makes sense given the amount of ground Bill covered to get some of the shots below!

Not only is he a multi-media journalist, he is also an accomplished musician. He is the founder of SMI and drives the creative look, feel and branding for the publication. His years of writing, arranging, and performing live music in a variety of genres inform his ability to communicate the message and the mechanics of music. Roth’s work on SMI reflects his philosophy that music is the universal language, and builds community. He believes it has the power to unite people of every race, religion, gender, and persuasion.
Related ItemsAlan WhiteAnaheim Convention CenterBill BungardFeatureMeagan WildeNAMMThe 2016 NAMM Show
← Previous Story Little Big Show Raises $18,000 for Red Eagle Soaring Native Theatre
Next Story → HBO’s ‘Vinyl’ shows magical and murky sides of music biz