Law Claims “Victory” Over Amaker on Band In Seattle 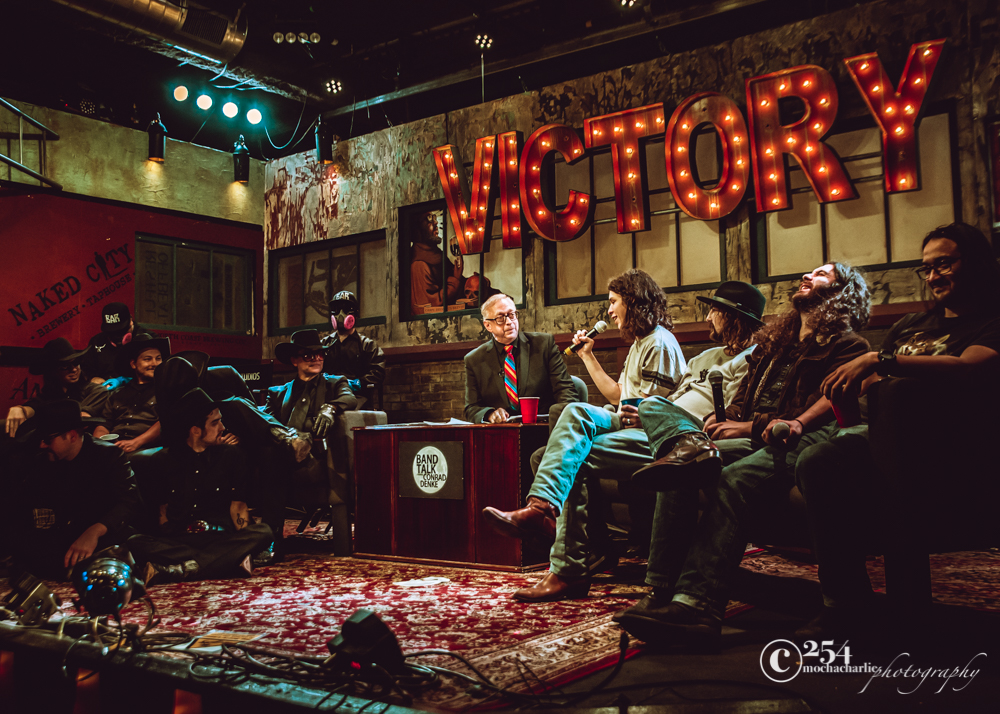 Brent Amaker and The Rodeo & Fox and The Law at Band In Seattle (Photo: Mocha Charlie)

Band In Seattle still continues to bring out great local bands and great crowds to their live taping events at Seattle’s, Victory Studios. On Friday night, Brent Amaker And The Rodeo and Fox In The Law took to the stage to perform a few songs, take part in a “Q&A” session with the audience, and record a live feature for Band Talk With Conrad Denke.

This band pairing drew record crowds, as the normal “seating” feature in the studio was eliminated, making room for more of a dancing/standing room only show. Both bands had the opportunity to captivate the audience, with Fox & The Law performing for what might have been the last time. The band has “officially broken up,” but remain friends, play in other bands, and have decided to put more energy into their other projects. They were asked to come together one last time, and jumped at the opportunity because of their friendship with members of Brent Amaker And The Rodeo.

Amaker’s set was a scaled down version of their usual show, what one might see at their next local show (Nectar Lounge, April 16). They usually always bring “stage hands” along, dressed in not-so-normal costumes while carrying equipment, assisting Amaker with instrument changes, etc., while their female performers were absent from the stage. Stage smoke, lasers, and the near absence of front lights (normal for their shows), allowed all members to stand out in silhouette. Amaker switched things up by performing with and without his guitar, and with and without his glasses, (which have become a signature look over the years).

Both bands participated in a highly humorous (particularly NSFW) segment of “Q&A” after their band performances. They also had a bit of fun with a contest determining which band knew more about music trivia. Fox And The Law received more right answers and were rewarded with a large stuffed dog. Runner up Amaker received a smaller stuffed bear, both wearing Band In Seattle t-Shirts.

Once they’ve edited it down for the 30-minute TV episode (later this year, it will air locally on The CW, Saturdays at 11 p.m.), it can be streamed on their website and will also be available on the app, Qello. Similar to Netflix, Qello is a music-only site which offers viewers a subscription for concerts and music performances, both from current artists and archived footage from those who no longer perform.

Mocha Charlie is an amazing photographer who has a real passion for music. She covers and shoots several shows per month in and around the region. She a brilliant photo journalist but most importantly, she is also a mother who does her best to balance out her life and live it to the fullest. Mocha Charlie uses her passion and talent to support the community, her friends and family any way that she can.
Related ItemsBand In SeattleBrent Amaker and The RodeoFeatureFox and The LawMocha CharlieVictory Studios
← Previous Story Why Are You Not on These Lists?!
Next Story → Capitol Hill Block Party Announces 2016 Lineup