By Christine Mitchell on February 16, 2016@Housetornado37 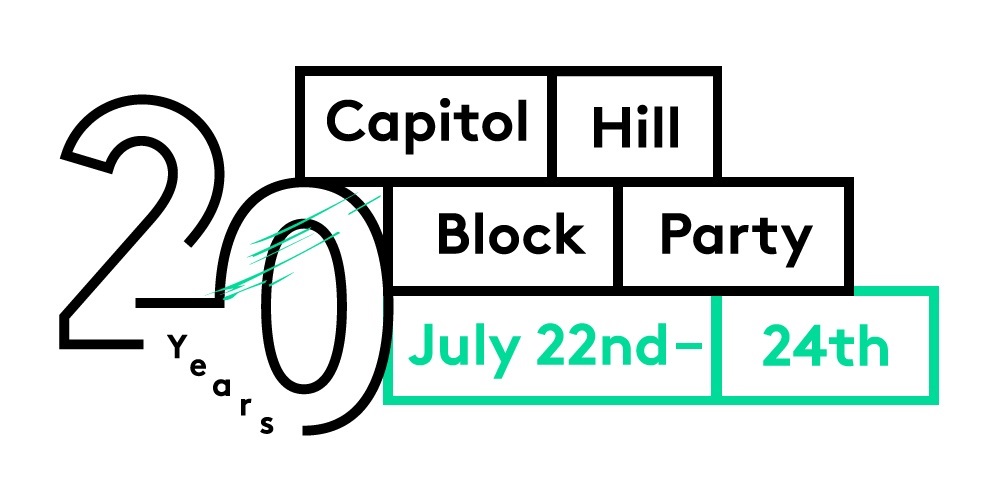 For Capitol Hill Block Party, 2016 marks the twentieth anniversary of what started out as a one day festival with one stage. CHBP has expanded over the years and now takes place over three days with multiple stages, indoors and out. It may be the second largest festival in the city after Bumbershoot, but it is the largest festival in town to focus primarily on local musicians. And although it has grown, CHBP retains much of its coolness as it remains a true block party, shutting down local streets and taking advantage of venues such as Neumos and the Cha Cha Lounge. There is nothing quite like taking in a set at the CHBP mainstage at sunset and looking up to see people hanging out of the windows of the surrounding buildings taking it in, too.

Tickets are now available for Capitol Hill Block Party, taking place from July 22 to July 24, and the first wave of artists has been announced. They are: 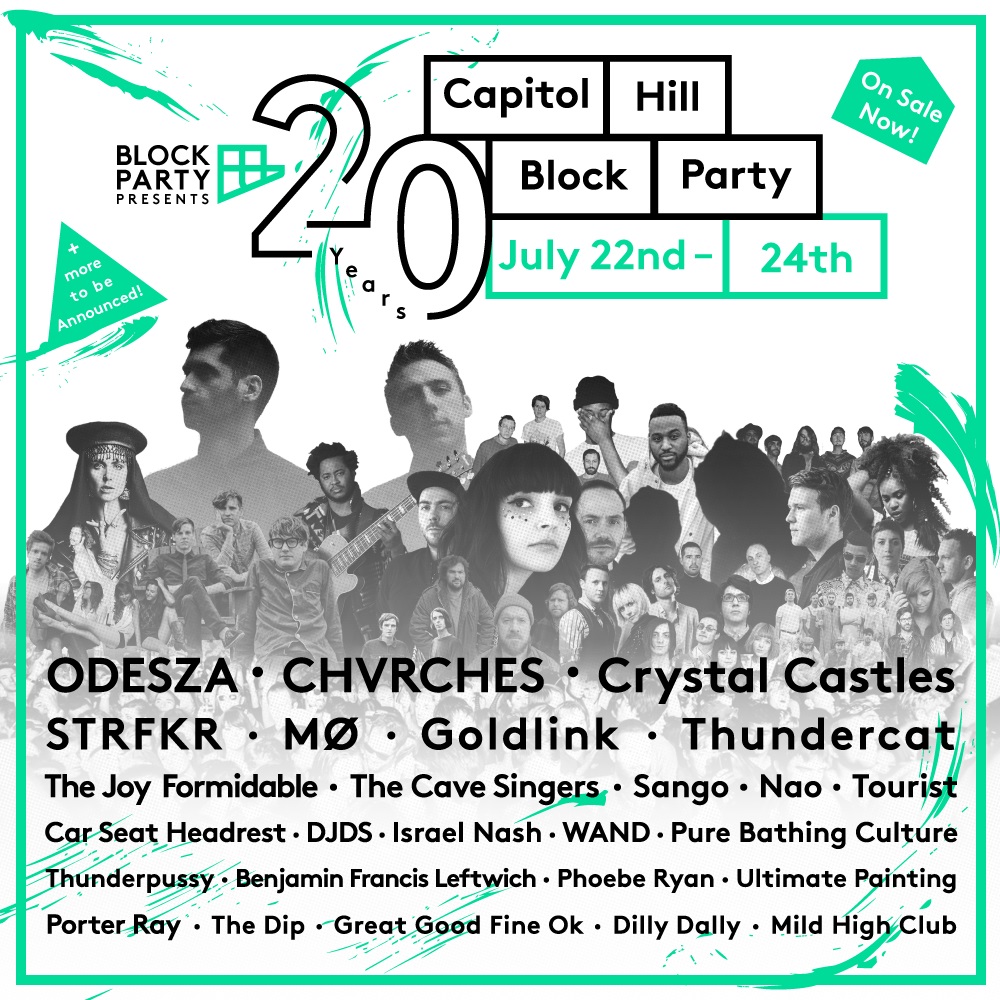 Odesza has enjoyed tremendous success since occupying an opening slot at CHBP in 2013. The electronic duo played SASQUATCH! last year and have become an internationally successful band, playing shows all over the world. CHBP’s owner and producer, Jason Lajeunesse, said in a statement to the press that “They could have played any festival in the region this year, but they chose to work with us because they had a special connection. That’s the definition of success for a festival that champions local talent like we do.”
Thunderpussy is also returning for the second year in a row, and their raucous rock act is sure to please again. Local rapper Porter Ray is making an appearance as well, having enjoyed a year of growing popularity and landing on a few lists as one to watch. And let’s not forget national and global acts: Scottish band Chvrches will play the mainstage, as well as Danish electropop singer Mø.

Three day passes are now being sold for and early bird price of $135 while supplies last. As the date approaches the price will go up, so we suggest snapping yours up now. VIP passes are available for $300 and feature access to the VIP beer garden, complimentary food and beverages, and swag from CHBP and its sponsors. Single day pass prices will be announced in June as the festival approaches.

Christine Mitchell has been poring over album liner notes pretty much since she acquired the skill of reading, and figured out the basic structure of rock songs at an early age. Whether it’s the needle popping into the first groove of the record, the beeps that signal the beginning (or end) of a cassette tape, or digital numbers ticking off the seconds from zero, music brings Christine happiness, ponderous thought, opportunities for almost scientific study, and sometimes a few tears. When she started attending live shows two decades ago, a whole new piece of the puzzle clicked in and she has been hooked ever since.
Related ItemsCapitol Hill Block PartyChristine MitchellchvrchesFeatureMOOdeszaPorter RayThunderpussy
← Previous Story Law Claims “Victory” Over Amaker on Band In Seattle
Next Story → Nu Era gives us ‘Armadilla Lexus’