By Christine Mitchell on February 26, 2016@Housetornado37 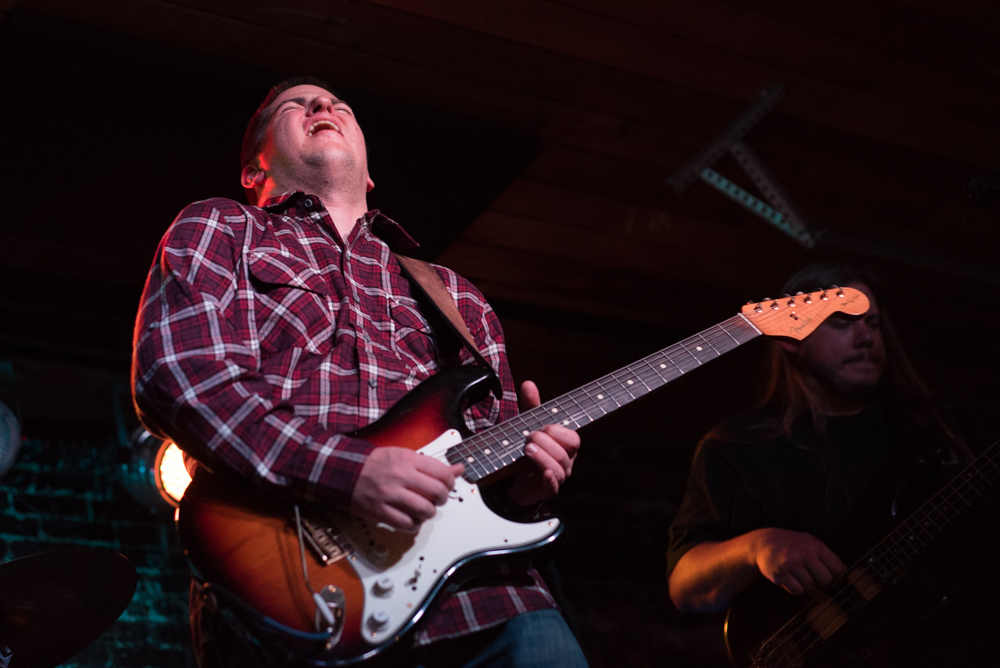 Maxwell Royce and the rest of The Requisite have been working with Soniphone Records just up the street from The Anchor, which hopefully means a new release in the not too distant future. Their songs have an upbeat, wound-up feel to them, with Royce’s high-strung vocal delivery capping the tunes off. The Requisite put on  a rocking performance with Royce dropping to his knees for his final guitar solo of the night.

SunSets West took the stage next for what was only their second time ever, yet the band members were hardly newbies. Most of them hail from two previous Everett bands that both played last year’s Everett Fisherman’s Village Music Festival (Shark The Herald and Johnny Hoffman & The Residents). The freshest face in SunSets West belongs to Marianne Stover, whose vocals brought layers of interest to the band’s indie sound. Also of interest was the drumming style of Dylan Miller. He seemed to almost throw his whole body after his drumsticks, and he hit hard. It was fascinating to watch, and fun to listen to.

When you hear down home rock that includes swampy slide guitar and plucky mandolin, you know it’s time to groove. Whiskey Syndicate has a sound reminiscent of the best of The Black Crowes, and a stage performance to back that sound up. Frontman Matt Dessert danced with himself and his tambourine as lead guitarist Greg Floyd gave great guitar face. Floyd’s hands were all over his guitar, sliding and diving with fury. Enoch Bowlby did dual duty at times, hanging a mandolin high on his chest and switching off between that and playing rhythm guitar (that instrument hung lower, over his belly). The band started off in Eastern Washington but has since relocated to Seattle. You can take the boys out of the country, but you can’t take the country out of the boys. Thankfully their style of country gets the heart pumping instead of sending people into a coma.

Christine Mitchell has been poring over album liner notes pretty much since she acquired the skill of reading, and figured out the basic structure of rock songs at an early age. Whether it’s the needle popping into the first groove of the record, the beeps that signal the beginning (or end) of a cassette tape, or digital numbers ticking off the seconds from zero, music brings Christine happiness, ponderous thought, opportunities for almost scientific study, and sometimes a few tears. When she started attending live shows two decades ago, a whole new piece of the puzzle clicked in and she has been hooked ever since.
Related ItemsChristine MitchellFeatureSoniphone RecordsSunSets WestThe Anchor PubThe RequisiteWhiskey Syndicate
← Previous Story Battleme’s Explosive Return
Next Story → Young Wonders: Vance Joy and Elle King Take Over