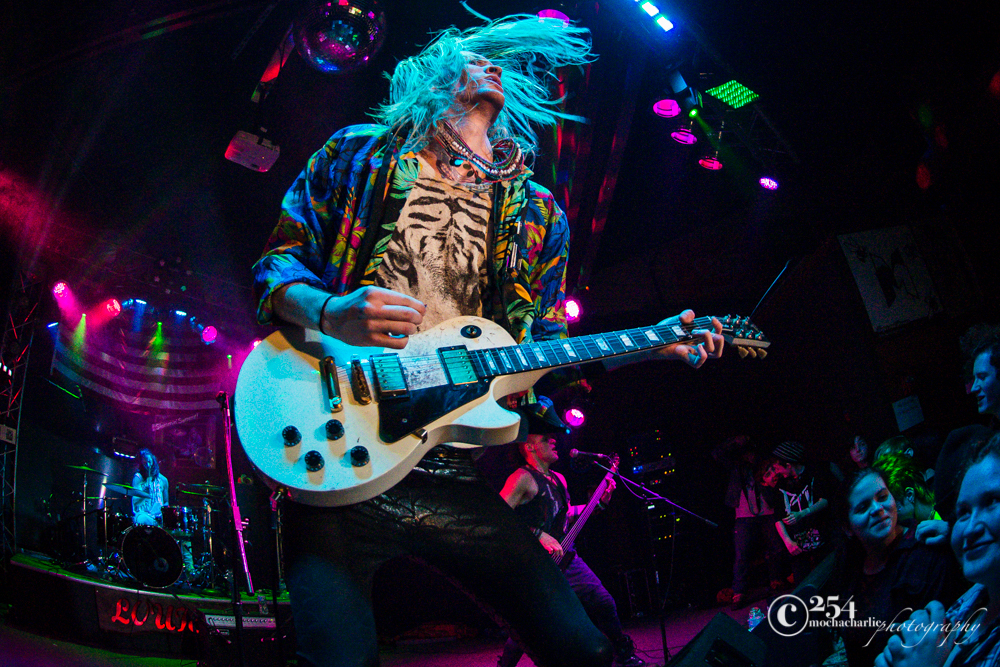 Louie Galarza may have sold his beloved pizza & music venue Louie G’s in Fife, but he he wasn’t going to do it by simply signing a piece of paper. Last Saturday, Galarza threw one heck of a party. He invited fans, friends, and family to a free show to say their “goodbye’s,” while eleven bands took to the stage during the all-day event.

Louie has made his mark in the South Sound, giving hundreds of bands a place to play and making each and every show open to all ages. He’s helped to raise tens of thousands of dollars through a variety of fundraising events over the years, and it’s because of his love and compassion for the community that he is loved by so many people. He was firm with his family-friendly atmosphere, and carried that into his views that everyone should have the opportunity to see and hear live music. Offering up some killer pizza (among other tasty menu options) was a great bonus.

As hundreds of patrons came and went throughout Saturday’s show, Galarza was taking part in the day’s events from behind the scenes and more. He was making sure the business was running smoothly from the kitchen to the office, to the bar and soundboard, and he made sure to come up to the stage numerous times to thank the bands, as well as thanking his staff, saying words from the heart to everyone in the crowd. He even played bass with Ben Union on the final song of the night.

Bands performed their sets for free, not only because it was an honor to be included in the special event, but it was a way for them to give back to someone that most refer to as their “brother”.  These bands included: Nolan Garrett, Rain Light Fade, Jason Kertson, Helldorado, Riot In Rythym (who got back together just so they could play for Louie), Amadon, Windowpane, Mechanism, Pink Bead, The Fame Riot, and Ben Union. Each played nearly hour-long sets, with many playing encores after thanking Louie & Louie G’s for being such a great friend and venue for local music.

Galarza will finally turn over the keys to the new owners, (to which he simply describes as “great people”) in mid March, and they will continue to run the business. What changes will be made? That is yet to be known; however, bands will continue to play on the stage Louie helped to raise from nothing as part of his dream. Although he has taken on a full-time position away from the industry, he will stay on at Louie G’s as their booking agent. He will also continue to build up his record label, Mental Itch Records, including putting on more DreamFest music festivals in the future. He’s definitely not leaving music behind: he’s just building onto his dream from a different location.

Mocha Charlie is an amazing photographer who has a real passion for music. She covers and shoots several shows per month in and around the region. She a brilliant photo journalist but most importantly, she is also a mother who does her best to balance out her life and live it to the fullest. Mocha Charlie uses her passion and talent to support the community, her friends and family any way that she can.
Related ItemsAmadonBen UnionFeatureHelldoradoJason KertsonLouie G'sMehanismMocha CharlieNolan GarrettPink BeadRain Light FadeRiot in RhythmThe Fame Riotwindowpane
← Previous Story Young Wonders: Vance Joy and Elle King Take Over
Next Story → Folk groups assemble for SAME benefit