By Kriston McConnell on March 11, 2016@Kristonisms 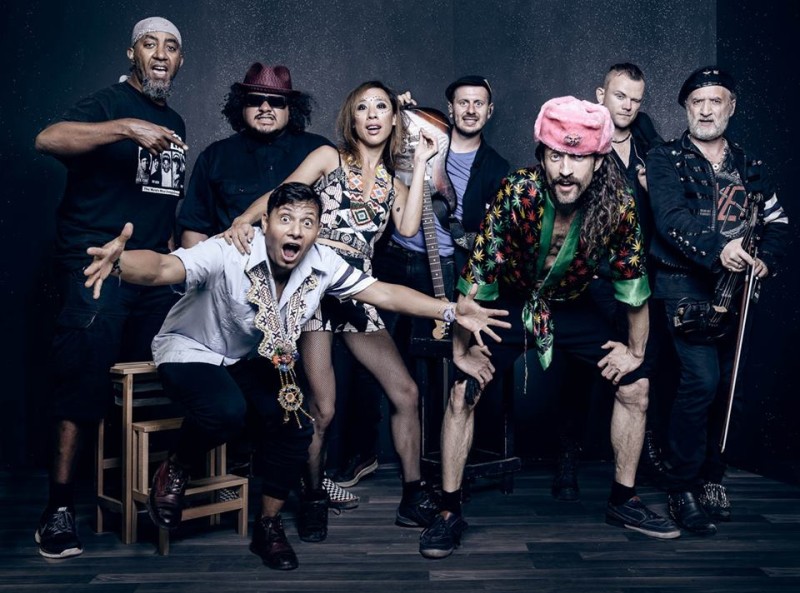 The New York-based gypsy punk outfit Gogol Bordello have been in the music scene for nearly 20 years, and in their time together they’ve released a number of iconic albums. An album that has become a fan favorite over the years is Gypsy Punks: Underdog World Strike, which turned 10 this past August. To continue the celebration of this milestone the group has embarked on a month long headlining tour in the United States.

While on this tour, the band has promised to perform Gypsy Punk: Underdog World Strike in its entirety as well as some additional songs. This is a great opportunity for long time fans to enjoy some nostalgic music while partying with like minded people. Gogol Bordello pull no punches when it comes to their live performances, so this tour is going to be memorable for anyone who attends.

The first city the band has two dates scheduled is right here in Seattle. They will be tearing up The Showbox on Sunday, March 13 and Monday, March 14. After that, they will continue on their march toward the east coast.

Tickets and dates can be found on the band’s official website. Tickets have already sold out for their first three dates, so be sure to pick some up well in advance.

Kriston began her writing career as a passionate music fan. She attended dozens of shows, purchased CDs, vinyl and even cassette tapes of artists she barely even heard of. Shortly after joining a band's street team she happened to meet blogger Jacob Tender (now with Alternative Press) who asked her to write for his blog. After a couple of months he joined the staff of Under The Gun Review, and brought her along for the ride. After spending four years as a major contributor to the publication she moved on to be a web content contributor for New Noise Magazine, whose print magazines have a national reach.
Related ItemsFeatureGogol BordelloGypsy Punk: Underdog World StrikeKriston McConnellSTG Presents
← Previous Story Folk groups assemble for SAME benefit
Next Story → The BGP Returns to The Triple Door This Wednesday