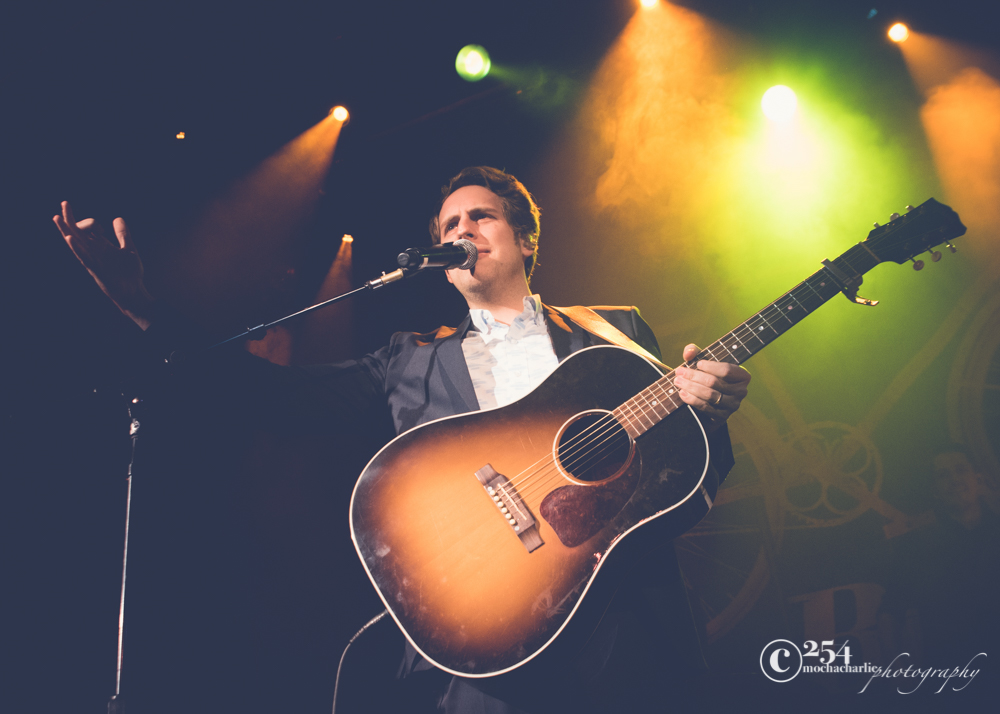 It’s been more than two years since Ben Rector has played a show in Seattle and he sold out his show again this year months in advance. Having spent time out on the road during the latter months of last year, his “Brand New Tour” is making it’s way through cities not included in 2015. Last Saturday, he brought his band out to The Neptune playing fan favorites for the crowd. Taking the stage, he shook his head in disbelief that still after many years, people still manage to find his music with very little “radio play.” However, this year it’s been different with the heavy promotion of the title track off his latest EP, Brand New.  It’s being played in a variety of radio markets; yet, with many still limited to minor markets. That single was also used during a multiple week marketing campaign promo spot as the trailer music for the movie, The Choice. Rector is still in awe when the majority of his songs are sung word for word throughout the crowd, especially when he catches unexpected fans singing them. He says it inevitably happens each night, and he tries not to make it awkward – but he can’t help but at least mention it.

For select stops on this tour he offered VIP upgrades that included: early entry, meet & greet, and a few songs played that are requested by this select group of fans. Saturday night, a fan had made a special request for Rector to sing “Forever Like That” off his 2013 release The Walking In Between. This fan had planned to propose to his girlfriend during the song, which he did, and she said, “Yes!”  Rector said that still can’t believe he’s able to participate in events like that, and feels quite honored. He included that same song (acoustic), toward the end of his set. He brought his entire band to the front of the stage, allowing each to showcase their instrument and vocal strengths. Playing songs from behind his guitar and seated at his piano, Rector wooed the crowd for an hour and a half long set, with songs old and new. He also took time to stand center stage as the crowd was silent, speaking into the mic, as his drummer took a video of the audience cheering him on at a precise moment.  This has become a signature move he does at every show. He’s nearing the end of this tour, and it’s scheduled to wrap up the first week of April.

Brooklyn NY native, Marc Scibilia was this tour stop’s opener. Currently living in Nashville, Scibilia has been slowly making his way in, around, and up the music charts. His music has been heard on a variety of television shows, as well as featured in national commercial ads. His band consist of: Eric Montgomery, for whom he says can play “every instrument,” and his brother Matt (who isn’t on any social media “yet”), plays the drums and sings back-up vocals. Scibilia jokes that his mom finally got an Instagram account so that she could “follow” her boys on tour. Scibilia told the crowd to use the hashtag #marcontour for all their photos, so that he could spot them easily. While Scibilia mostly played guitar, he did step behind the keys while playing his single, “Jericho,” for which the stage lights were brought way down, so much so that he had to request that they be brought back up. “I’m not that good over here. I need lights to see.” His final song of his set was a pretty spot-on cover of Bruce Springsteen‘s “Dancing In The Dark.” The first time Scibilia played in Seattle he opened for ZZ Ward last fall, also on the Neptune stage. He’s now out on tour promoting his late 2015 release, Out Of Style.

Mocha Charlie is an amazing photographer who has a real passion for music. She covers and shoots several shows per month in and around the region. She a brilliant photo journalist but most importantly, she is also a mother who does her best to balance out her life and live it to the fullest. Mocha Charlie uses her passion and talent to support the community, her friends and family any way that she can.
Related Itemsben rectorConcert PhotographyConcertsFeaturemarc scibiliaMocha CharlieNeptune Theater
← Previous Story Rising British Star Jack Garratt Captivates Sold-Out Barboza
Next Story → Gogol Bordello Bring Gypsy Punk to The Showbox