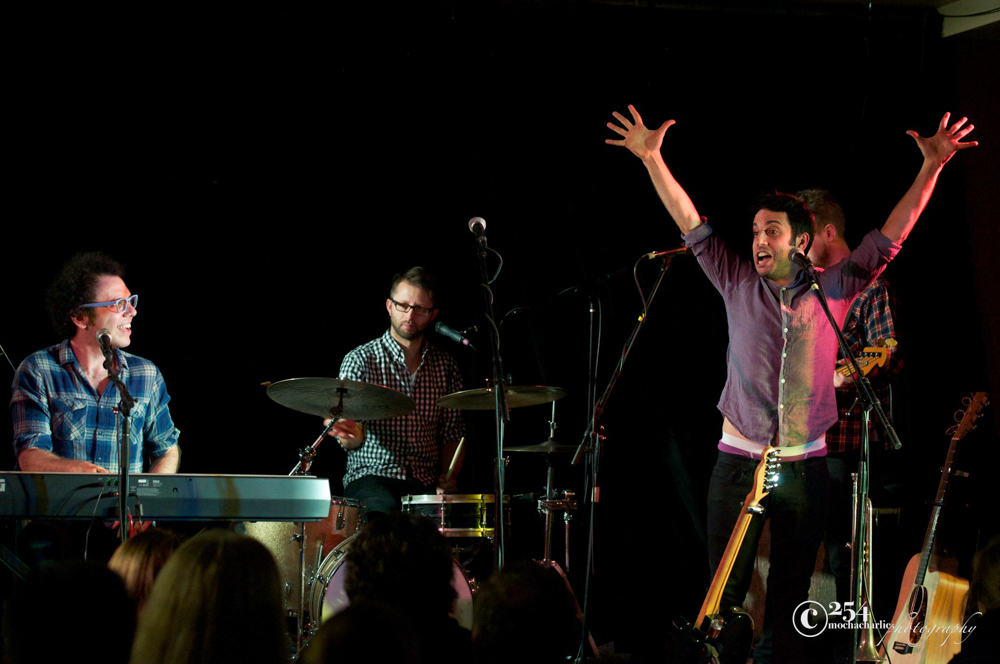 It’s been nearly four years since A Great Big World performed on stage here in Seattle, and to multiple fans’ sighs of relief, their Kaleidoscope tour finally brings them back. This Saturday, they will be performing at  The Crocodile in downtown Seattle, (tickets available HERE). Chicago born Genevieve and Seattle’s The Requisite are set to open the show.

Ian Axel & Chad King (AGBW) were song writing partners for many years before forming AGBW back in 2012. Using many of their collaborations that Axel had already released under his own name, the band quickly gained momentum as they performed together on stage. In 2011, multiple television series featured their song, “This Is The New Year”, and in 2013 it was chosen for a cast performance on an episode of GLEE. Later that year, Axel’s “Say Something”, (off of the 2011 release This Is The New Year), was used in a dance performance on the hit TV show, So You Think You Can Dance. They were approached shortly after it aired by Christina Aguilera, who fell in love with the song. AGBW & Aguilera re-recorded it as a duet, which skyrocketed up multiple global music charts.

After signing to Epic records, A Great Big World’s debut EP Is There Anybody Out There was released in early 2014. It includes a few remixed songs from Axel’s EP, newly written ones, and both the original & Aguilera versions of “Say Something”.

From the beginning, AGBW’s music has been described as genuine, thoughtful, thought-provoking, catchy, and just plain fun. With their highly anticipated sophomore EP, When The Morning Comes (Nov-15) , their songs continue to be exactly that. From their multiple television performances to their live feeds that they provide to fans, you can see the emotion being brought out by Axel & King’s stage presence. It’s rare not to see them smiling ear to ear, before, during, or after they perform. Their emotions are contagious, in a good way. Fans that are lucky enough to see them perform live will more than likely be dancing and smiling, too.

Mocha Charlie is an amazing photographer who has a real passion for music. She covers and shoots several shows per month in and around the region. She a brilliant photo journalist but most importantly, she is also a mother who does her best to balance out her life and live it to the fullest. Mocha Charlie uses her passion and talent to support the community, her friends and family any way that she can.
Related ItemsA Great Big WorldFeatureFremont AbbeyMocha Charlie
← Previous Story SMI New Music Preview: Susan Galbraith’s ‘Some Freedom’
Next Story → Don’t Miss: A Night With Janis Joplin