Knockout at Neumos on Fight For Something Tour 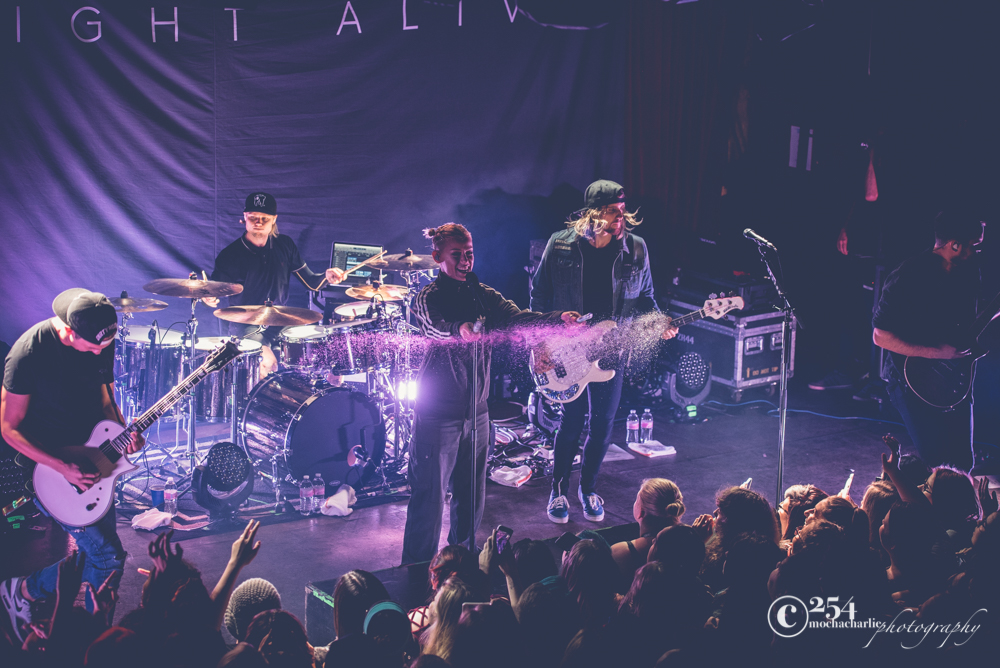 There actually were no winners or losers on the Fight For Something Tour, featuring round one band Say We Can Fly, round two band The Ready Set, and the main event bands Tonight Alive and Set It Off. That is, unless you count the fans who were treated to knockout performances by each band. The tour landed on the Neumos stage last Thursday night – with a sold out crowd – including a sell out for VIP meet and greet packages.

Tonight Alive has been touring quite a bit over the past few years with headlining tours, tour support, as well as part of the Warped Tour both here in the states and across the globe. Their fan base grew exponentially with their 2013 release, The Other Side, and those fans who highly anticipated their latest release, Limitless (3/16), were not disappointed.  Their new songs are just as powerful, embodying what lead singer Jenna McDougall has always been vocal about (within her lyrics and what she tells fans between songs). They are filled with hope, love, beauty, and strength which exudes from her both on and off stage.

The Ready Set will be releasing their new EP, I Will Be Nothing Without Your Love, on April 8. There have been rumors of an upcoming full length EP from Set It Off  this year, but for now they’ve recently released a brand new single, “Uncontainable.”

Say We Can Fly, Set It Off & Tonight Live can now rest up for a few months before they head back out on the road as a part of the 2016 Warped Tour – which happens to be stopping at White River Amphitheater on Aug 12. Tickets can be purchased here.

Mocha Charlie is an amazing photographer who has a real passion for music. She covers and shoots several shows per month in and around the region. She a brilliant photo journalist but most importantly, she is also a mother who does her best to balance out her life and live it to the fullest. Mocha Charlie uses her passion and talent to support the community, her friends and family any way that she can.
Related ItemsConcertFeaturefight for somethingMocha CharlieNeumossay we can flyset it offthe ready setTonight Alive
← Previous Story Thunderpussy Night Two: Electric Boogaloo
Next Story → A Great Big Show For A Great Big World