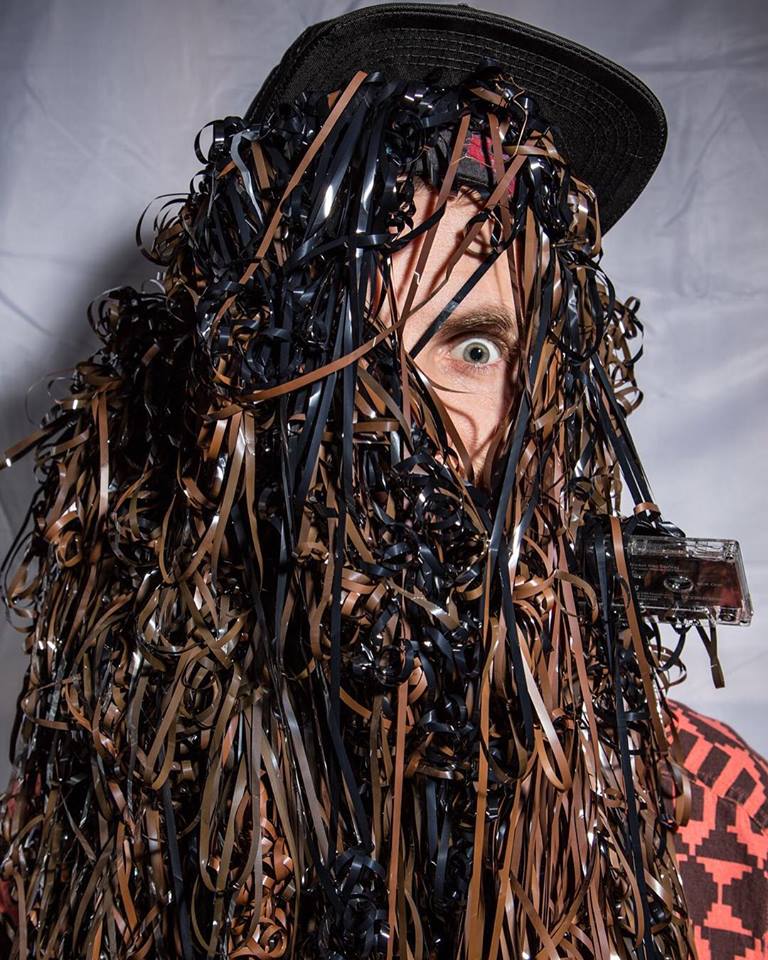 One thing you may notice about Diogenes‘ latest release Last Years Beats is that you don’t really need an emcee or vocals over any of these instrumentals. LYB is a beat tape that stands firmly on its own as a patchwork of analog craft from a honor roll student of warped headnodika.

Diogenes first started garnering local attention around four years ago, as a showcased beatsmith for the popular but short lived Church! series at the now-closed Black Coffee Coop (R.I.P) in Capitol Hill. With every subsequent release, he’s gotten only more experimental yet refined in how he chops, samples, and sequences his drum arrangements. He displays a penchant for creating aural mosaics that sources sounds from disparate elements such as cassette tapes, 60’s B Movie shlock and fuzzed out drum samples. While this kind of off-kilter cohesion was first fathered by pioneers like Madlib and J Dilla, Diogenes’s work never sounds like a direct derivative of these aforementioned masters, merely inspired by them.

“Music To Drive By” feels like it could be on a film score Ennio Morricone would be proud of. It features a gorgeous yet ominous harp riff that sweetens into a melodic progression with woodwinds and strings. “Tropical Love” is a low key banger that, if the stars aligned according to my will, we’d hear an AZ verse over. With its dark and sinister organ drones and howling operatic refrain, “Matte Black” is truly one of the rawest lo-fi beats to come out of the 206 in the last year and is an album highlight.

It should be noted that, even if you are an emcee sifting through Diogenes’ work for something to spit over, it pays to listen even to the pieces that don’t instantly feel like trademark boom bap. Often times, his beats will continue to build and transition into pieces that split off into new and unexpected terrain. While these types of excursions may not seem rhyme-ready at first, it’s still essential listening for the studied emcee looking for beats as it cultivates an oft-overlooked directive in modern day music creation: vibe.

Diogenes also helms the very prolific and acclaimed Filthy Fingers United outfit so we will be hearing a lot more from him as the year progresses. For now, though, LYB is great headphone workout that will please the scores of beat digging adherents still pledging allegiance to the Jansport pedigree. You can download it for free, here.

Carradin Michel is a Seattle native who spent his youth constantly stealing his older brother's Maxell cassettes, all dubbed with rap music from LA and New York. Those early tapes, along with a weekly soundtrack provided by Nasty Ness's Rap Attack radio show, caused him to fall hard for Hip Hop music and it's culture. He believes the Pacific Northwest has one of the freshest hiphop scenes in the world and wants to shine a brighter spotlight on it by documenting it's rich talent.
Related Items206Album Reviewbeat makingdax edworddiogeneselizabeth ogleFeatureFFUlast years beatsproducerSeattle
← Previous Story Don’t Miss: A Night With Janis Joplin
Next Story → Little Big Show #15 Show Preview