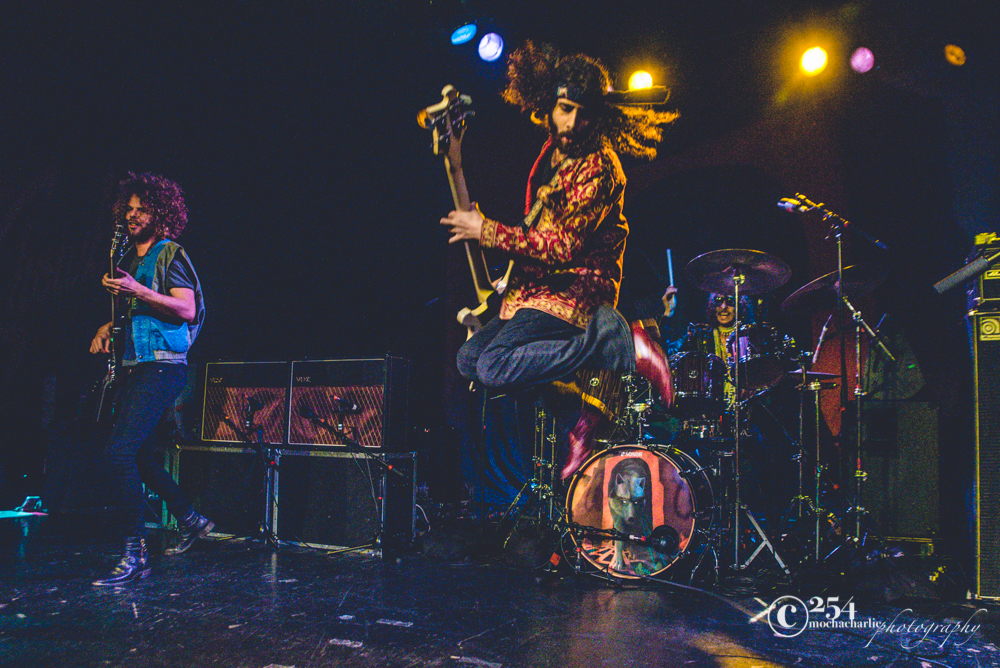 You may not think there would be a sweaty, rowdy, mosh pit jumping crowd at a Wolfmother show. If  you’ve never been to one, you have no clue how this Aussie trio captivates audiences worldwide with one of the most intense rock shows around. Their live shows are as intense as it gets. And that means you’ll see an extreme sense of strength that exudes a tidal force of pure rock, guitar licks, vocals that resonate from within, and perhaps rock and roll at its finest.

Wolfmother last played in Seattle in 2014 to a sold out crowd at The Neptune in support of their third EP, New Crown. It’s not that the band rarely tours, but that they just don’t do it often enough, and even less often here in the PNW. Considering that, it was no shock that tickets for this show sold out back in December, perhaps due to gaining even more new fans after the re-release their self titled debut album for its tenth anniversary back in September. In addition to the original thirteen tracks it also included five B-side songs and fifteen previously unreleased tracks.

During their nineteen song set last week at The Showbox Market, the crowd was intrigued, in awe, and entertained with old favorites as well as new tunes from their fourth EP, Victorious. They led off their set with Victorious’ title track, and as the sweat began to pour from both the band members and the crowd, the venue floor never stopped moving. The mesmerizing guitar riffs & lead vocals of Andrew Stockdale, along with the skills of bassist & keyboardist Ian Peres, and rounded out by the dominant drum beats of Alex Carapetis kept the crowd’s attention for nearly two hours. If you ever want to experience what you may have missed from rock bands of the late 60’s and 70’s, you will find comfort in knowing that Wolfmother delivers that type of vibe. There are a variety of apps that track bands for you. Download one and add Wolfmother to your ‘artist to track’ list immediately.

Los Angeles’ Deap Valley opened up the show. The super-power-rock-duo, dressed in polyester body suits, dominated their set. Since their formation in 2011, they’ve played all over the world, opening for bands such as Muse, Marilyn Manson, and Peaches performing songs off their debut EP, Sistrionix.

Mocha Charlie is an amazing photographer who has a real passion for music. She covers and shoots several shows per month in and around the region. She a brilliant photo journalist but most importantly, she is also a mother who does her best to balance out her life and live it to the fullest. Mocha Charlie uses her passion and talent to support the community, her friends and family any way that she can.
Related ItemsDeap ValleyFeatureMocha CharlieShowboxWolfmother
← Previous Story Underoath Dazzle Fans In Showbox SoDo Performance
Next Story → Joanna Newsom: Paramount Poetry