Parachute Lights Up the Neptune 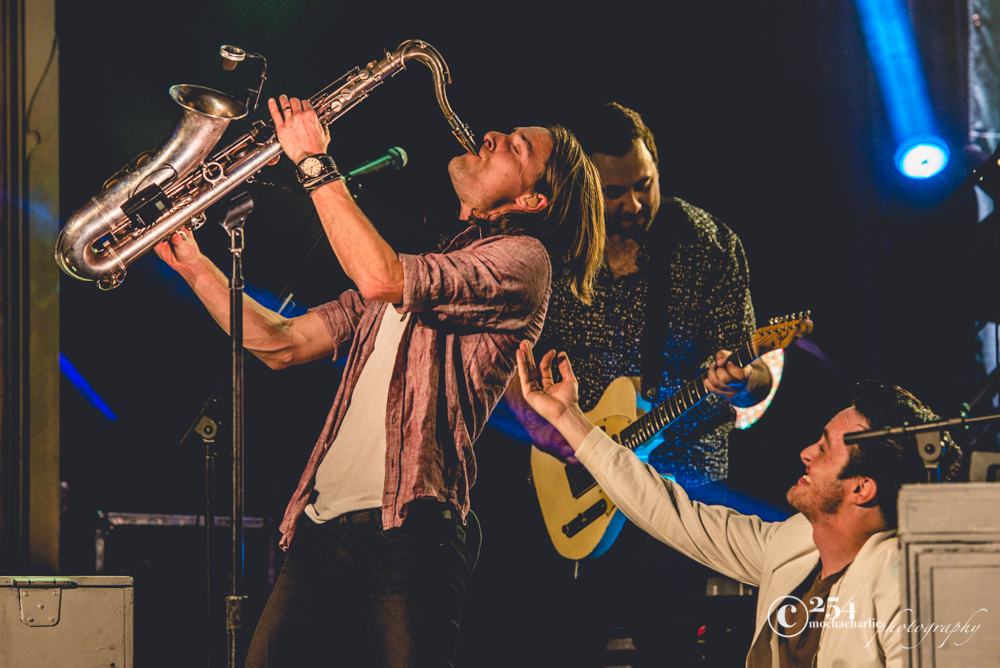 Parachute usually always includes at least one tour stop in Seattle each year. This past Saturday night, they played their biggest headlining show to date at The Neptune promoting their current release, Wide Awake. Fans lined up early for VIP meet and greets and stayed to party throughout the night. Joining them on this leg of the tour were Indiana born Jon McLaughlin and Atlanta’s Brynn Elliott.

Although she has distant ties to the Northwest, (after touring with both Brandi Carlile and Allen Stone), this marked only the second time Brynn Elliott has played in Seattle. This time she brought along her entire band, allowing her to perform to her strengths both lyrically and behind the keys and guitar. Her life as a musician is sometimes downplayed as she is currently a student at Harvard, majoring in Philosophy. Elliot has found a balance that works for both her education and career as a musician, and she continues to tour, gaining new fans at each city she plays in. She got the night off to a great start.

Jon McLaughlin played some old favorites along with some tunes from his October ’15 release, Like Us. He thrived at the piano, and was perfectly complemented throughout his set with the inclusion of band members on drums and guitar. He will be back in Seattle for his own headlining tour at Columbia City Theater in October. Tickets are already going fast.

Parachute was drawn out to the stage by screaming fans and a blazing show from their immense lighting rig. Adding to the intriguing stage set up, they had a bubble machine that released thousands of bubbles into the theater multiple times throughout the show. Lead singer Will Anderson was on point, belting out tunes center stage, at the keys, and from behind his guitar. Keyboardist Kit French continued to shine as backup vocalist and saxophonist. This is the first time that Parachute have performed a show as a full band in Seattle since 2014, and fans were ready for the full Parachute experience.

As for Parachute’s latest EP, the band continues to produce pop hits that are both dance worthy and radio friendly. After teasing fans with it’s debut single “Crave” nearly a year ago, some might have begun to wonder what they had in store for the remainder of the album. Fans flocked at the chance to pre-order (once available) and were treated to three singles prior to Wide Awake’s full release. Debuting at number eight on iTunes, the EP was proven to be a success, and for fans it hit the expectations they’d desired. Parachute’s tour will continue through May, and then they will jump onto Needtobreathe‘s “Tour de Compadres,” which will conclude in November.

Mocha Charlie is an amazing photographer who has a real passion for music. She covers and shoots several shows per month in and around the region. She a brilliant photo journalist but most importantly, she is also a mother who does her best to balance out her life and live it to the fullest. Mocha Charlie uses her passion and talent to support the community, her friends and family any way that she can.
Related ItemsBrynn ElliottFeatureJon McLaughlinMocha CharlieParachuteThe Neptune
← Previous Story Diarrhea Planet: Gale Force Rock
Next Story → The Used Reminisce With Seattle