The Used Reminisce With Seattle

By Christine Mitchell on April 22, 2016@Housetornado37 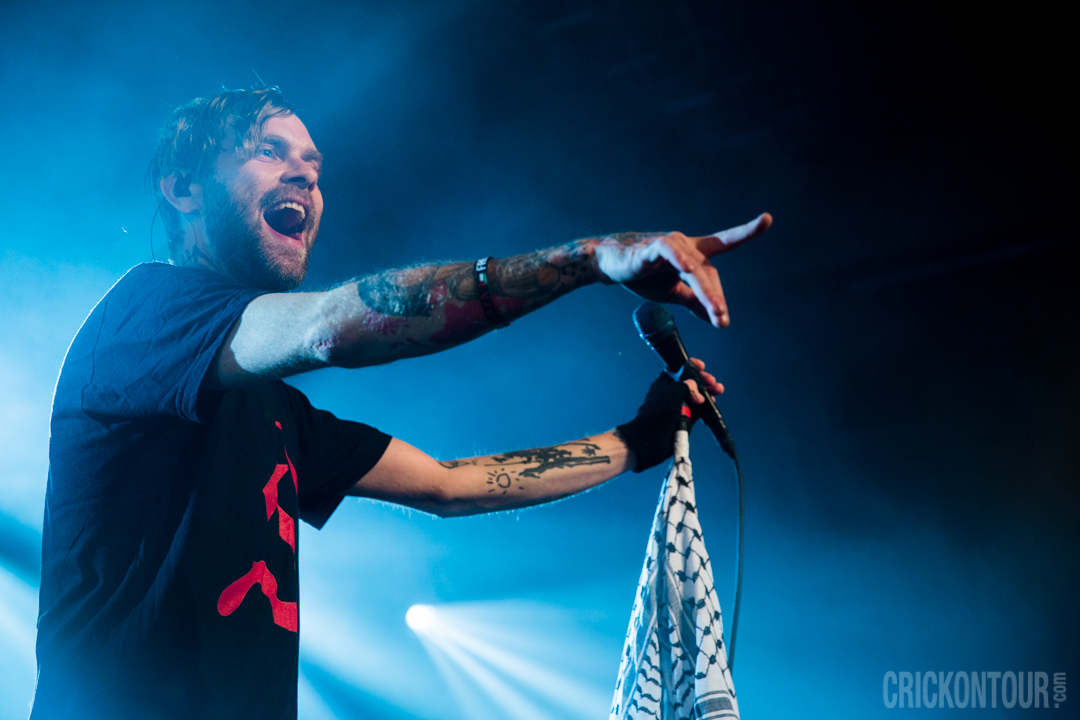 Fifteen years ago The Used burst onto their scene with their self-titled album. Their infectious emo rock sounds quickly took hold and made fans for life. Fast forward to 2016, and the band has sold-out back to back nights at Showbox SoDo. The fans had come to witness The Used perform their self-titled album in it’s entirety…and they loved every second of it. The adoring fans joined lead singer Bert McCracken in singing every note of these now legendary songs.

The Used seemed to be at the top of their game with McCracken running around the stage like a madman while guitarist Quinn Allman and bassist Jeph Howard rocked out in their own unique and more toned down ways. Of course McCaracken’s energetic stage antics stole the show, whether he was pausing to take in the fans singing along or dancing with one of the armless mannequins that graced the stage.

It may have been fifteen years since release of The Used, but many times during the show it felt as if the songs took on lives of their own. It appeared that many folks reminisced back to the time when these songs graced their stereos, but the energetic performance and loving fans made it seem like the songs were as fresh as ever.

Christine Mitchell has been poring over album liner notes pretty much since she acquired the skill of reading, and figured out the basic structure of rock songs at an early age. Whether it’s the needle popping into the first groove of the record, the beeps that signal the beginning (or end) of a cassette tape, or digital numbers ticking off the seconds from zero, music brings Christine happiness, ponderous thought, opportunities for almost scientific study, and sometimes a few tears. When she started attending live shows two decades ago, a whole new piece of the puzzle clicked in and she has been hooked ever since.
Related ItemsAlex CrickFeatureShowbox SodoThe Used
← Previous Story Parachute Lights Up the Neptune
Next Story → Tyrone Wells’ Summer Residency