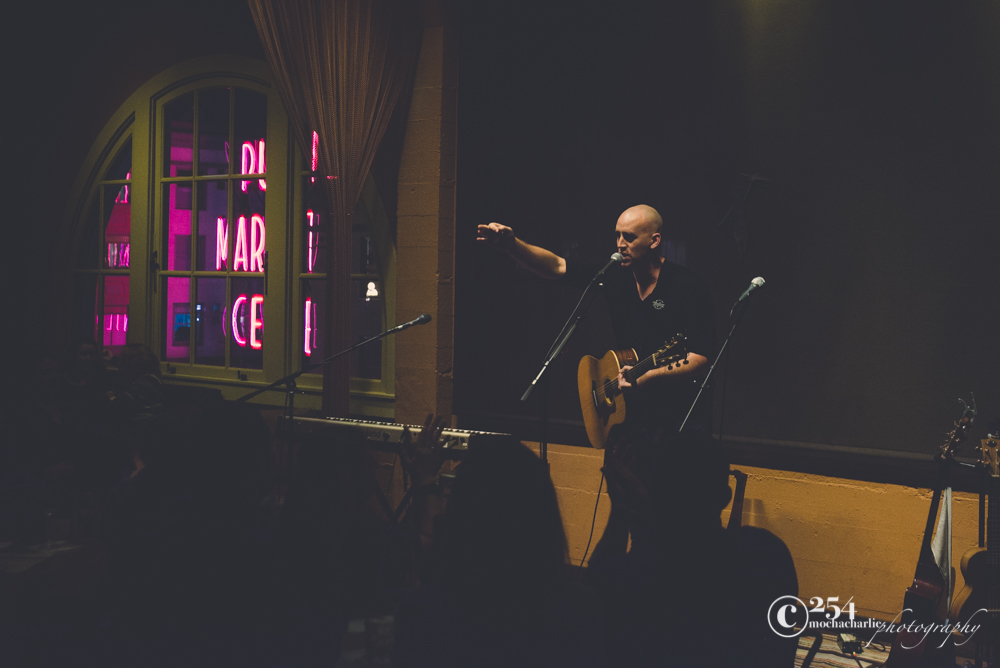 We suspected, expected, and hoped it would happen! Singer-songwriter Tyrone Wells hinted that he was working on a secret last October. It has now been confirmed that he will be performing a handful of residency shows at Seattle’s Storyville Coffee at Pike Place Market this summer. As with most residency shows, musicians tend to make each show a unique opportunity to listen to songs and stories, offering one-of-a-kind events for those who wish to attend multiple shows.

Wells thrives both on large stages and intimate venues here in the US and in Europe, both with a full band and solo. Last year he even toured Brazil for the first time. With the complexity of his vocal performances and the variety of instruments he plays during his sets, fans are continually entertained with songs old & new. Residency performances aren’t usually booked by musicians who don’t currently reside in the city they will be playing in. However; Tyrone grew up here, and maintains a strong connection with our city through family friends, and fans. His shows here continually sell out, and his fan base continues to grow.

What should you expect at the upcoming residency shows? You are guaranteed to hear both Wells the musician and storyteller, for sure. He has an enormous catalog of recorded and unreleased material to choose from. He wrote over 60 songs alone for his 2015 release, Roll With It, which he narrowed down to the 11 tracks found on the album.

Mocha Charlie is an amazing photographer who has a real passion for music. She covers and shoots several shows per month in and around the region. She a brilliant photo journalist but most importantly, she is also a mother who does her best to balance out her life and live it to the fullest. Mocha Charlie uses her passion and talent to support the community, her friends and family any way that she can.
Related ItemsFeatureMocha CharliePike Place MarketPreviewReviewStoryville CoffeeTyrone Wells
← Previous Story The Used Reminisce With Seattle
Next Story → Windowpane Video Premiere Show