By Mike Baltierra on April 28, 2016@baltierraphoto 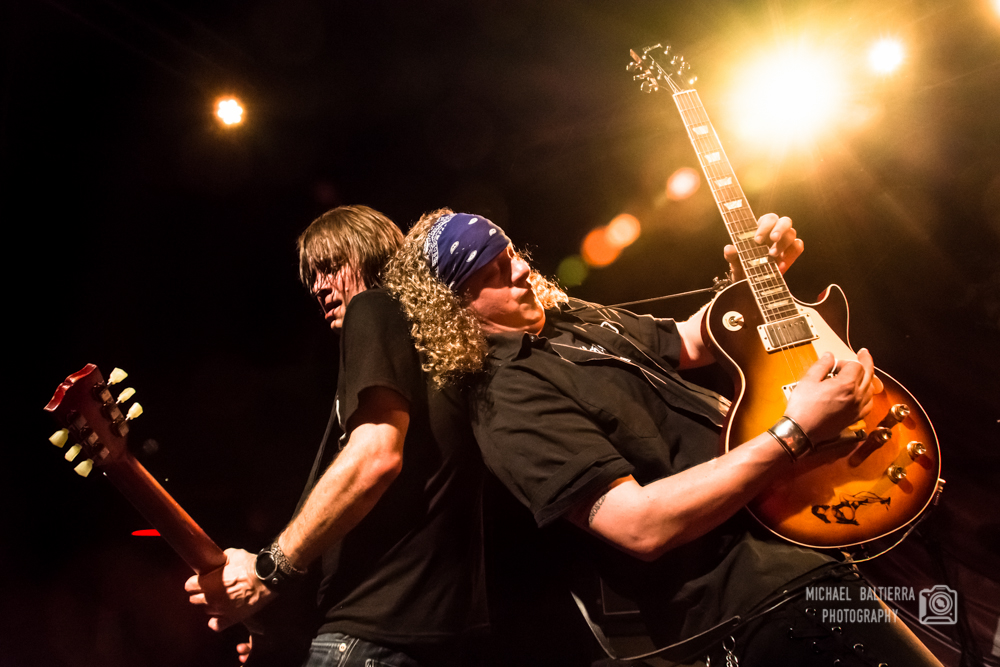 Seattle’s very own local rock heroes Windowpane premiered the video for their latest single, “The More I Run” off of their latest self-titled album at a release party at Studio Seven. The large crowd was excited to see what Black Dahlia Films and Windowpane had produced and had been waiting patiently all evening in anticipation.

Singer Glenn Cannon welcomed the large crowd to venue. Cannon talked about the single “The More I Run,” the inspiration for the song and he then introduced the crowd to Black Dahlia‘s Producer/Director Jamie Burton Chamberlin, who discussed the video concept and the details in filming and the production that was put into the video. Then the crowd was treated to the video and it was very well received.

Shortly after the conclusion of the video, Windowpane hit the stage and delivered a hard hitting set list consisting mostly of tracks off of their self-titled album Windowpane. Tearing through such fan favorites such as “Welfare Line,” “House of Cards,” “Words and Nothing More,” “I Never Minded,” and “Underfoot,” it’s easy to see why this band is loved by many.

The band delivered solid energy throughout their set, playing well with the crowd. Along with guitarist/singer Cannon, who has one of the best soulful voices in hard rock, guitar player Tony Abreu delivered an exceptional style of playing. Together they complemented each other’s playing, each taking the lead at times during each of their songs. Rounding out the band and filling in the rhythm section were drummer Sean Morrison and bass player Mark Harris.  Morrison and Harris set the pulse for the band, driving home a solid backbeat foundation that is beyond impressive. Additionally, Harris’ awesome energy got the crowd whipped into a frenzy, as well as his playful banter with Abreu, Windowpane is not only one of the best musically gifted rock outfits in town, but also one of the most entertaining.

After an amazing set of high energy rock and roll, the band closed out their set with an impressive and classy rendition of “Purple Rain” by the late great Prince.

Opening the show were Mach Society, who got the evening started with their highly charged rock. Next on tap were Syztem 7, who pumped up the crowd with their brand of Industrial-Metal. Finally, as direct support were favorites Amadon, who were full of energy and are always exciting to watch.