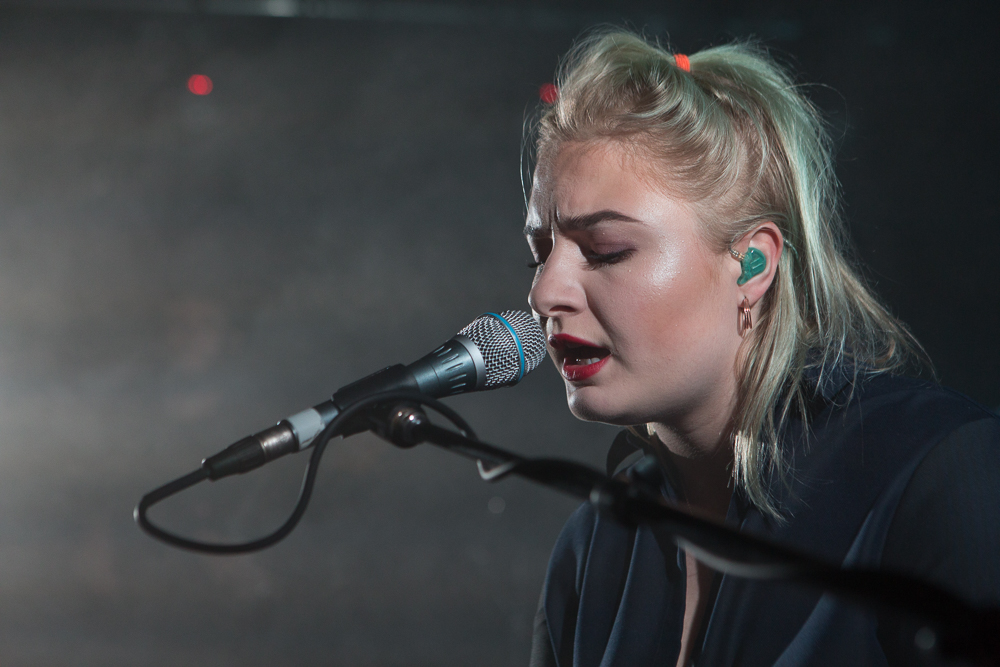 Just days after her highly-praised Coachella performance, Låpsley continued to stun crowds along the West Coast before touching down in Seattle. With Soundcloud Superstars being hatched seemingly overnight, it’s often difficult to discern artistry from artifice. The fast-paced leap from DIY home recordings to inking a deal with XL Recordings, however, only added momentum to the hype wave that Låpsley rode into one of Seattle’s most intimate venues. The eager line that snaked around the block was an indicator of her current trajectory that separates her from other flash-in-the-pan electronic acts. With scalpers in full effect and desperate teens soliciting every ticket holder in line for a “spare,” the mounting anticipation felt less like a Wednesday night gig and more like CenturyLink before a Seahawks game. The desperation was fully warranted as Låpsley delivered a compelling performance that quite literally made the audience feel a full spectrum of emotions from tears to laughter.

The lucky attendees crammed into every corner of the sold out Chop Suey as dual fog machines set an ethereal backdrop for a dramatic entrance. The keyboards and drum stations gracing the stage seemed antithetical to the laptop setup so common amongst her peers. Lapsley’s brand of solemn, downtempo textures that launched her career can often result in two polarizing live experiences – either extremely dull or utterly engaging. As she kicked off her opening tune, “Heartless,” it became immediately apparent that we were on board for the latter. Holly Fletcher’s vocal timbre is reminiscent of some of the very best British exports, akin to Adele, Amy Winehouse, and Hannah Reid of London Grammar. What separates her vocal proficiency from the pack is her effortless oscillation between feathered falsettos to harsh, down-pitched vocalizations that give her sound a unique edge.

“What are you all doing here?” she laughed before making her own album title Long Way Home the butt of a delightfully tacky pun. “I can’t believe a Seattle show is sold out on a Wednesday; we’re so far from home! Long Way Home, I guess you could say.” In reality, Long Way Home is more representative of the difficult themes she battles with throughout the album. Some in the crowd were moved to tears as she beautifully expressed the hardships of unrequited love and long-distance relationships with enrapturing vulnerability. She made a point to play all her standout singles including “Station” and “Painter” with a surprise cover of Kate Bush’s “This Woman’s Work.”

“I was kinda hoping the venue would be an actual Asian bistro,” Reid sheepishly admitted. While the confusion is certainly understandable, her adorably awkward stage banter provided comic relief from the somber subject matter laced throughout the set. She wasted no moment between songs to expose her humor as she discussed topics ranging from her fascination with strippers to shocking American food portions. Filmed in the Chop Suey green room, this hilarious video posted on her Instagram account perfectly portrays her pole prowess. Seriously.

Reid was beaming with enthusiasm as the experience of a sold out venue still feels like a novel and humbling experience to an artist on the rise. Låpsley has somehow averted what commonly plagues over-hyped internet sensations as studio masterpieces don’t always translate from laptop to live show. With a sound that’s impossible to miss, the audience gained early access to what will undoubtedly be a very long and successful career for the strong, outspoken female producer.