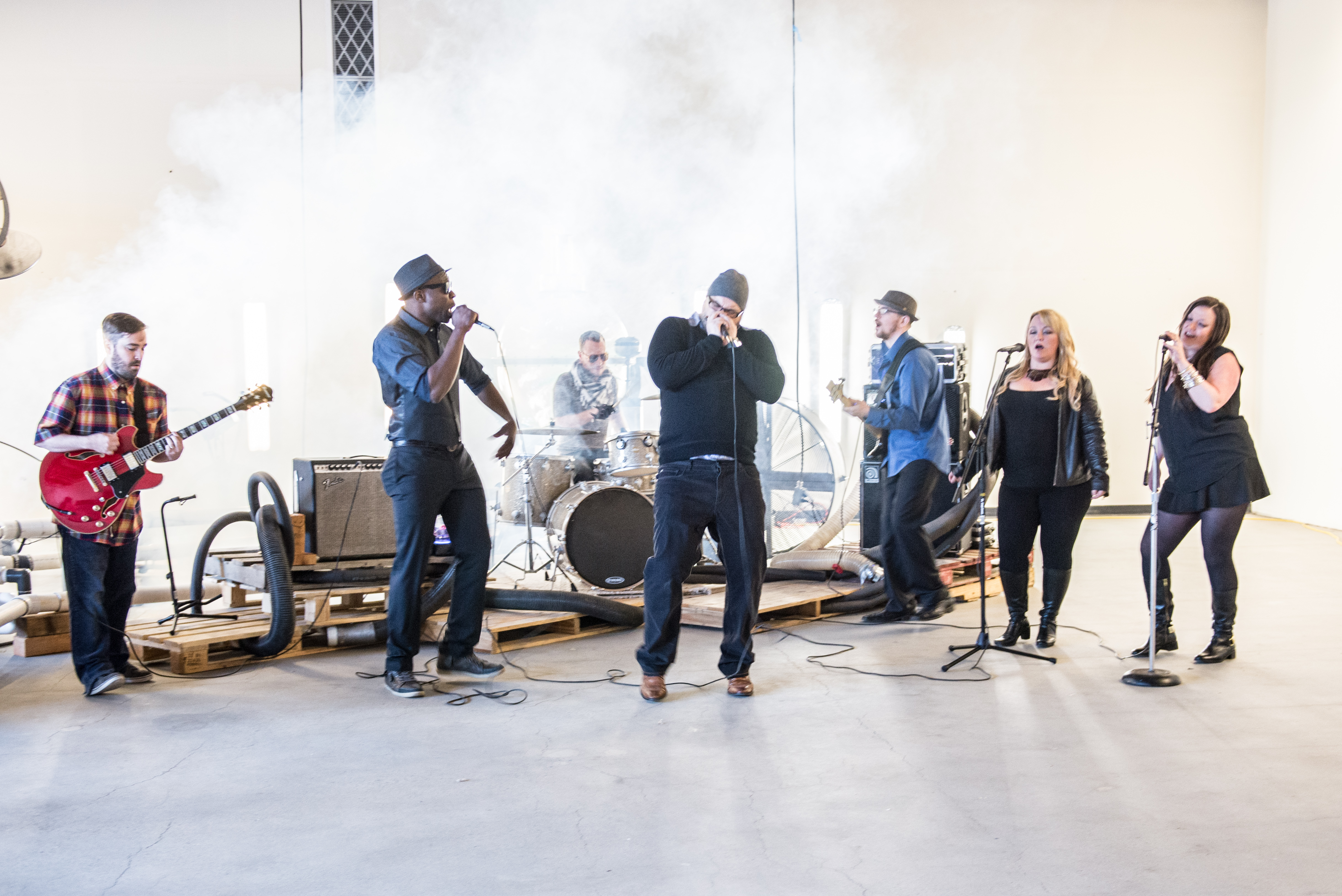 We at Seattle Music Insider are excited and proud to present the world premiere of The Staxx Brothers 4th LP, HOT CHOCOLATE. This Justin Armstrong & Mell Dettmer produced follow up to 2011’s Jungle Cat was five years in the making, and represents band’s greatest representation of their panoramic vision of Hard Ass Soul. The new record takes this Seattle outfit into a whole different musical direction but with the patented Staxx Brothers sound that we have come to love. Some of the brand new material has worked well in a live setting.

Recently The Staxx Brothers put on a brilliant show for the benefit of funk/rock and jazz keyboard innovator, the legendary Bernie Worrell. The Rock and Roll Hall of Fame is waging a brave fight against cancer. Several artists came out to support Mr. Worrell at Nectar Lounge in Fremont. We were there to MC the evenings funkstivities.

There are many that try but very few outfits can pull off such stylized interpretations or what the band’s spiritual leader Davin Stedman calls, “dank hybrids of Afrobeat, Hardcore Country, Super Funk, and Street Rock, in a single cohesive musical program.” The only thing constant in life is change and yet, the more things change, the more they remain the same.

We could tell you what we think but first we want to kick back and savor the tasty, hot and steamy Hot Chocolate. We certainly hope that you enjoy this latest batch of sonic delights from Seattle’s very own Staxx Brothers.

Not only is he a multi-media journalist, he is also an accomplished musician. He is the founder of SMI and drives the creative look, feel and branding for the publication. His years of writing, arranging, and performing live music in a variety of genres inform his ability to communicate the message and the mechanics of music. Roth’s work on SMI reflects his philosophy that music is the universal language, and builds community. He believes it has the power to unite people of every race, religion, gender, and persuasion.
Related ItemsBernie WorrellClassicDavid StedmanFeatureFunkGreg RothIndieNectar LoungeNew Music PreviewR&BRockSoulThe Staxx Brothers
← Previous Story HARPS Rockets Back on Vinyl (Videos)
Next Story → Everett Festival & The Stereo Wire Band Together