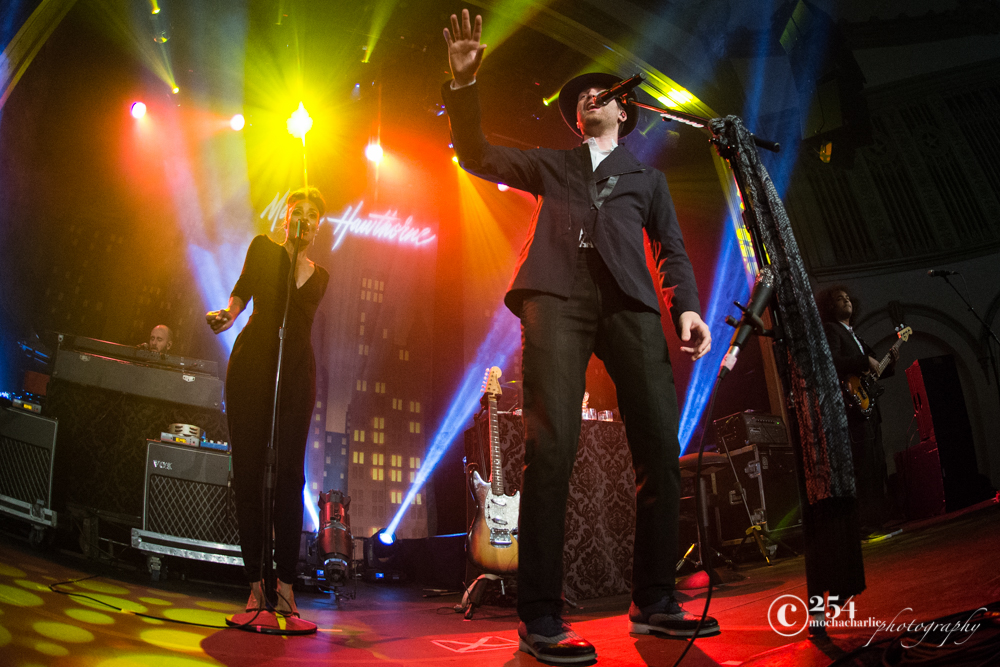 Mayer Hawthorne at The Neptune (Photo By: Mocha Charlie)

It seems that Mayer Hawthorne can always bring the heat to whatever venue he performs at, no matter the time of year. Dance parties ensue, and sweat begins to bead up early both on stage and off once the music begins to play. Currently on his ‘Man About Town’ tour in support of his fourth studio EP, Hawthorne knows how to get people to dance during his entire set.

It was a late show for a Tuesday night (Hawthorne took the stage around 10pm), but that didn’t seem to change the near sell out status of the show.  Entering the stage in a hat and tuxedo, Hawthorne poured himself a “drink” from a crystal carafe, sipped it as the band took their positions. Then the dance party began. It was somewhat of a surprise to see the balcony seats at The Neptune Theater last Tuesday fill so quickly; however, that didn’t seem to stop the entire crowd there and on the floor from swaying and moving to the music. Hawthorne chose a variety of songs to play from his growing catalogue, and included a few covers for added fun. His musical partner (Jake One) for the band Tuxedo was in the audience, and after sharing a drink and toast on stage, he stood in at the synthesizer during a short part of Hawthorne’s set.

In all, Hawthorne had three costume changes and endured shouts and cheers from floor to ceiling that encouraged him to do not one, but two encores before calling it a night.

Mocha Charlie is an amazing photographer who has a real passion for music. She covers and shoots several shows per month in and around the region. She a brilliant photo journalist but most importantly, she is also a mother who does her best to balance out her life and live it to the fullest. Mocha Charlie uses her passion and talent to support the community, her friends and family any way that she can.
Related ItemsFeatureMayer HawthorneMocha CharlieThe Neptune TheatreTuxedo
← Previous Story INSIDE OUT: Playlist Seattle – Women Who Rock
Next Story → Cafe Nordo – one the hottest tickets in town. (part 1)