Piano Man Knocks It Out Of The Park At Safeco 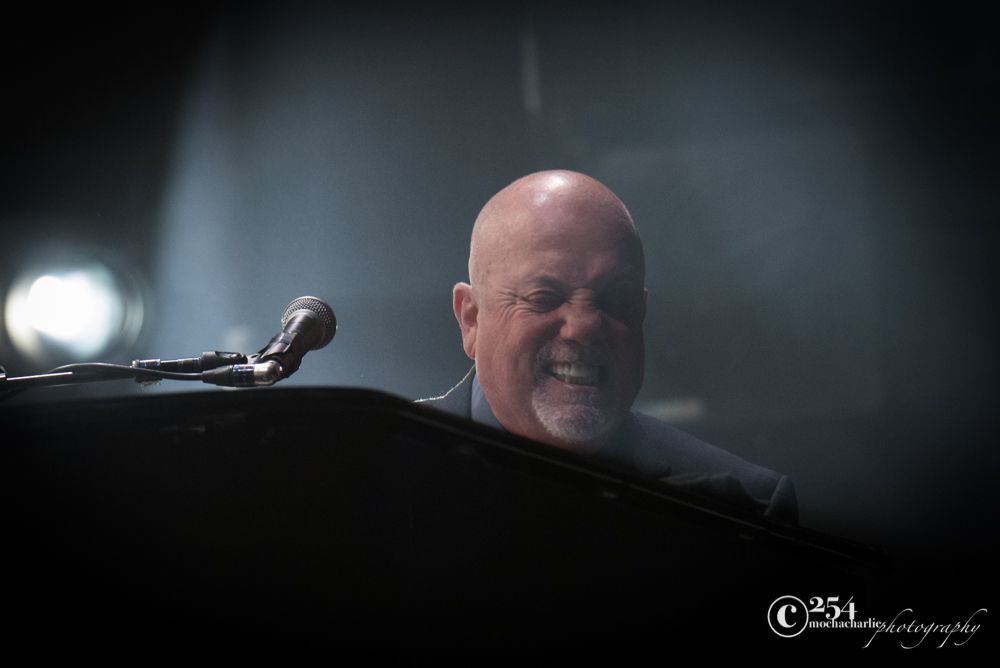 For more than five decades, Billy Joel has been writing and producing hit after hit. His catalogue is so vast, it’s hard to imagine that he can sing so many favorites in just over 120 minutes at a live performance; however, that was the case on Friday night. Blanketed by a gorgeous Seattle sunset, stage was set with enormous lighting and video screen rigs, and a rotating stage that held a grand piano. The weather was near perfect, and the roof of Safeco Field was open. It had been nearly seventeen years since Joel had performed here, and over 40,000 Seattle fans were eager to get the evening started.

New York singer/songwriter, Gavin DeGraw, (who has been opening for Joel on various tour stops since 2014) played a short, yet energetic set to start the night off. A majority of his songs were performed from behind the piano, but he did step out at the front of the stage a bit, and even sang the majority of his mega-hit, “I Don’t Want To Be” out in the crowd, while flanked by security as he wandered through the floor aisles. He embarks on a US tour later this summer with Andy Grammer which will run until early November, making a stop at The Washington State Fair on Sept 21 (tickets). He plans on releasing a new album later this fall.

Just as the sky lit up in vibrant colors, the entire venue went dark, as Billy Joel and his eight band members took to the stage. He followed a pre-arranged set list; however, took to the crowd to “choose” a few by way of which received the loudest cheers. Each song that he did sing was accompanied by a spectacular light show, and many included video references that were showcased onto the large LED screens surrounding the stage.

During “Moving Out,” the screens showed various city scenes, including a point-of-view shot of the Brooklyn Bridge. For “Vienna,” various Italian landmarks were shown, and “New York State of Mind” showcased shots of Manhattan. Joel sat at the piano for the majority of the night, however, he did don his guitar for a cover of AC/DC‘s, “Highway To Hell,” where he invited his guitar tech on stage to sing lead vocals. Joel also rocked the guitar for “We Didn’t Start The Fire,” which got the LED screen treatment again, this time with individual reference shots timed perfectly. During, “The River of Dreams,” (not quite in the middle of the song), they busted out portion of Jimmy Hendrix, “Purple Haze” to the crowds delight. “Piano Man” was the final song prior to the (anticipated) encore. While that song played, the crowd swayed to and fro, with raised beer glasses and cell phone illuminated like little beams of light.

His encore consisted of another five hits. When Joel returned to the stage he stated, “This one rips the hell out of my throat, but let’s do it anyway.” And “Uptown Girl” began, where he spun, flipped, and tossed the mic stand like a baton. Joel was back at the piano for “Big Shot,” then invited DeGraw back out on stage to sing along with “You May Be Right.” Joel ended the evening with, “Only The Good Die Young,” to which he took his final bow of the night (even dropping to one knee) as he thanked the crowd. His current tour will land him in multiple cities through the end of the year.

Mocha Charlie is an amazing photographer who has a real passion for music. She covers and shoots several shows per month in and around the region. She a brilliant photo journalist but most importantly, she is also a mother who does her best to balance out her life and live it to the fullest. Mocha Charlie uses her passion and talent to support the community, her friends and family any way that she can.
Related ItemsBilly JoelConcertFeatureGavin DegrawMocha CharlieReviewSafeco Field
← Previous Story Be Still Your Broken Emo Hearts: Blaqk Audio At The Crocodile
Next Story → Burgstock 4: The Battle of The Burg