By Mike Baltierra on May 23, 2016@baltierraphoto 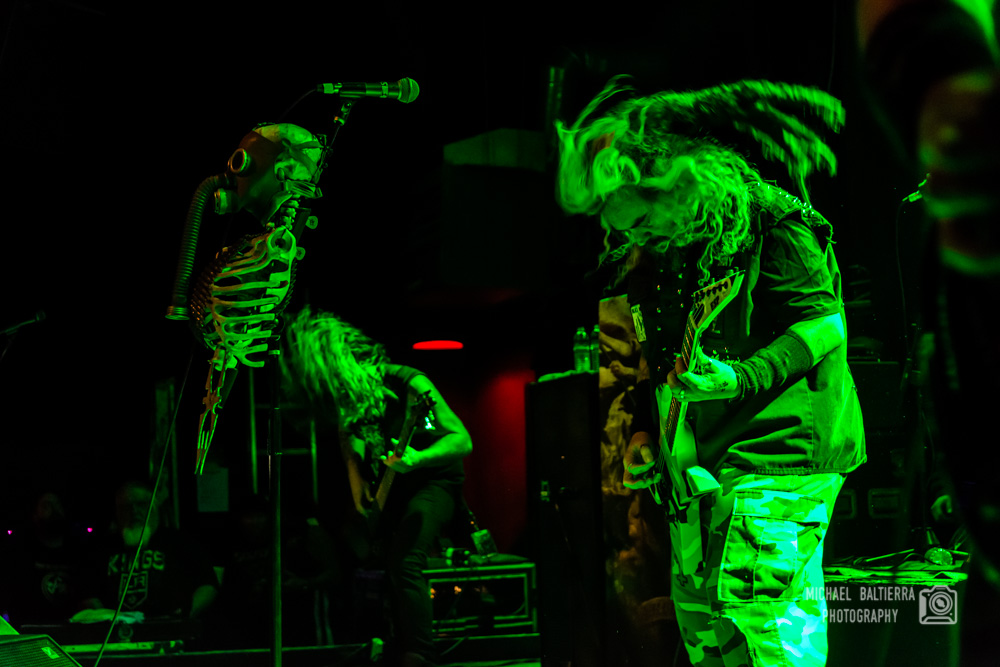 Soulfly performed to a packed Studio Seven crowd who came out on a Sunday evening to witness a solid tour package consisting some of the best thrash, extreme and death metal currently within the metal scene.

With an early set time of 5pm, local stand outs After the Fallout got the evening started with their own unique style of heavy metal. After the Fallout hit the ground running and had the early evening crowd very entertained.

Next up were local favorites, Disciples of Dissent.  As usual, their set did not disappoint. With their own brand of heavy rock, with elements of punk and trash, Disciples played a high energy that the crowd easily ate up.

Lody Kong, hailing from Phoenix, AZ, are made up of Soulfly front man Max Cavalera’s sons, Igor Cavalera (vocals / guitar) and Zyon Cavalera (drums), along with Travis Stone (guitar) and Noah Shephard (bass). They played a scorching set consisting of tracks off of their studio album Dreams and Visions. Their infectious energy set the tone for the rest of the night.

Next up were East Coast death metal band Abnormality. The band consists of Mallika Sundaramurthy (vocals), Jay Blaisdell (drums), Sam Kirsch (guitar) and Jeremy Henry (guitars). Josh Staples (bass) was not available due to a medical emergency, so Noah from Lody Kong filled in on bass. Abnormality delivered a brutal set mostly consisting of material off of their latest release, Mechanisms of Omniscience and a few selections off of their debut Contaminating the Hive Mind. Sundaramurthy had the crowd in the palm of her hand. From start to finish, this band delivered a blistering set.

Battlecross, made of up Kyle ‘Gumby’ Gunther (vocals), Tony Asta (guitar), Hiran Deraniyagala (guitar), Don Slater (bass) and Alex Bent (drums), who are from Detroit, MI, is by far one of the best thrash metals bands currently on the scene today. The band prefers to describe their sound as “blue collar thrash,” and they delivered their set at a frenzied pace that had the crowd head banging, moshing, and singing along. Currently on tour in support of their latest album, Rise to Power, the band also threw in songs from their previous releases, War of Will and Pursuit of Honor.

Closing out the evening were the headliners, Soulfly, who are touring in support of their laatest release, Archangel. Joining Calavera (guitar / vocals) on stage were Mike Leon (bass), Marc Rizzo (guitar) and Zyon Cavalera (drums). They opened their set with the crowd favorite “We Sold Our Souls To Metal” and were firing on all pistons, never letting up as they weaved through tracks from throughout their own catalogue as well as selections from Calavera’s first band Sepultura.

The crowd was full of energy, which the band fed off of. Max continuously thanked the crowd for their unfailing support of heavy metal and for supporting the band on a Sunday evening. From the older folks in the crowd who loved Max from his days in Sepultura, to the younger generation in the crowd who love Soulfly, all in attendance experienced a show that was excellent from start to finish. This tour package is one of the best bills right now, and a great price. Everyone left the venue happy, hoarse from screaming along with the bands, and sweatily exhausted.