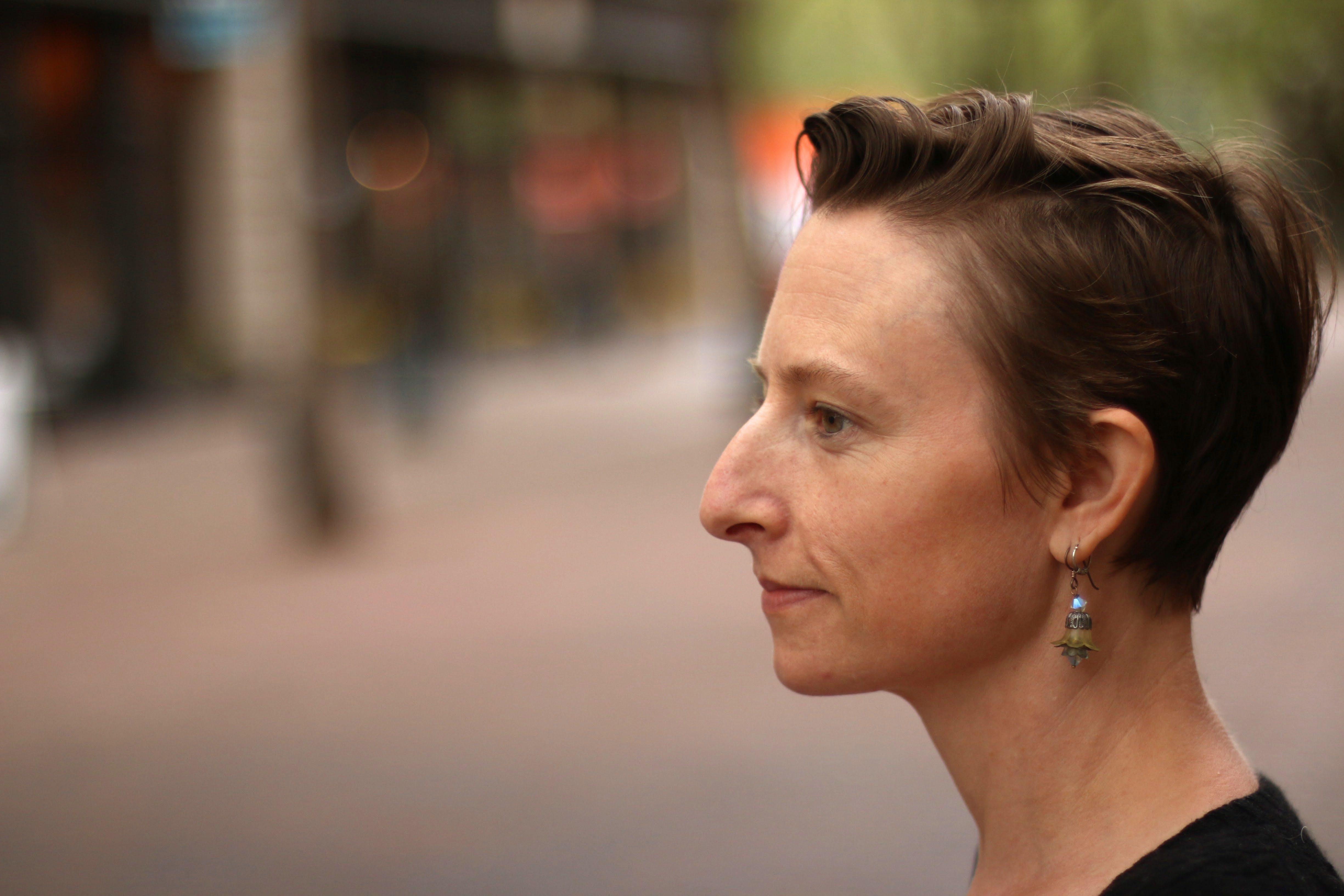 Oftentimes here at SMI, we cover bands and solo acts; particularly their live shows. But there are so many different areas of the music industry where hard-working musicians can make a name for themselves. As a classically trained pianist and composer, Annastasia Workman’s road to professional and artistic fulfillment has been a windy one yet is starting to pay back dividends. She composes and performs music for both stage and screen in addition to teaching piano. She is completely sustained off music – it’s her day and night job – a milestone many artists hope to reach. We sat down with the talented Ms. Workman to chat about how she found her way as a composer, her work with the critically-acclaimed Cafe Nordo collective and… djembes, of course!

How does one break into professional scoring and composition?

How did you link up with Café Nordo?

An opportunity came up to play keyboards for Circus Contraption; a crazy, surrealist theater troupe which is sadly no longer around. That’s how I met Erin, who was the managing director of Contraption at the time. We went out for coffee with Terry and they told me their crazy vision of Café Nordo – immersive theater, wacky set designs and paired dinner and dessert courses- it was definitely something I wanted to really to sink my teeth into.

Cafe Nordo’s current production, To Savor Tomorrow, is based on sixties-era spy comedy. What were your influences composing the music for such a specific theme?

A lot of Antonio Carlos Jobim and Henry Mancini scores.  I also listened to John Barry, who composed the music on a lot of those older Bond films. I dug into Chick Corea’s Samba catalog as well as searched for old airline commercials from the early sixties off You Tube.

What are your tools to capture this particular sound of early 6o’s lounge jazz?

Logic software, Farfisa organ, warbling rhythm guitars, saxophones, flutes, vibraphones. There is also a great, almost Bollywood-style string patch I found in Logic that was perfect for this kind of vintage vibe we’re going for. It already sounded old and vintage with hardly any tweaking needed.

It seems like the world of composition is mostly male. Has being a female composer ever been an issue? Have you run into any hurdles?

Not at all. I mean when I was in composition school, the majority of those students were male. But as far as working in the field, no issues so far. What I have ran into issues with is being a soft spoken introvert. I actually starting doing Toastmasters events just to work on putting myself out there and forcing myself to ask for what I want.

Was there ever a moment where you felt like you had “found yourself” as a musician?

I spent several years doing more classical arrangements but that world was not my place. I was just doing the work to get by. But when I found Circus Contraption and began working with them, I felt like I had finally “arrived”. It was like… this is the type of work I want to do! Composing for stage and film is never boring. You get thrown into all sorts of challenges, you’re working with unfamiliar genres and you have to figure it all out!  In the last several years, I feel like all the previous work I had to do is now being validated working with the Cafe Nordo crew.

Is there a song that you’ve done out of all your composition work that you are particularly fond of?

I really like what I did on this song called “Nowhere Town.” I’ve gotten the most compliments from other people about that song. You can find it on the Cafe Nordo bandcamp page.

Do you have any particular style you find yourself gravitating to when you sit in front of a piano?

What’s your dessert island instrument? And you can only take one!

Oh wow, that’s hard. I should say the piano because I compose but that’s seems too easy an choice. Plus, it would be difficult to lug around the island. So I would have to say the djembe drum. I play it for some of classes at Pacific Northwest Ballet during the week. It’s really an amazing instrument and I’m discovering things about it all the time! You can get so many colors out of it. I’d probably happy with that for years.

Andrew Joslyn, a composer, said something that stuck out during last year’s Capitol Hill Block Party. He said that it’s important for artists to get out of the Seattle “bubble”. He felt that musicians here don’t have to relocate necessarily but that they should definitely fly to other locales and work with people outside of Seattle on a regular basis. He forced himself to get an agent and entertainment lawyer that lived elsewhere just so he has to fly out to these areas, mix it up with more people and make more contacts outside the Northwest. Do you feel it’s necessary for local artists to go outside of Seattle to gain success?

I think that if you want to go big… definitely. I haven’t made that leap yet but it’s something I do think about from time to time. I would love to do composition for bigger films but those types of movies don’t get made here so eventually I’m going to have to go engage in these other areas. I like that my journey is happening in Seattle but I do feel that if I were more ‘mobile’ that more opportunities would open up. I have seen a couple of my colleagues, other local composers, actually move to LA to advance their careers as well. So, I’m watching to see how they fare down there.

What’s your creative process? Do you wake up every morning and start working on stuff or do you wait until inspiration hits? Do you have a set regime?

Yes. My regime is procrastination. I used to beat myself up over this but I’ve come to realize that’s just how I work best. And the procrastination part… all that time is spent thinking of ideas or soaking up musical references. So I am actually working – it’s just not discernible to the naked eye. Then at the last moment, I sit down, it all comes out of me in the form of music and it’s like… ”Okay, this is what I got!”  As such, deadlines are extremely important to me. I tend to work best when there’s an element of panic involved.

You can view more of Annastasia Workman’s compositions at annastasiaworkman.com

Cafe Nordo’s “To Savor Tomorrow” dinner theater is currently running through June 11th. You can get tickets to this amazing show here

Carradin Michel is a Seattle native who spent his youth constantly stealing his older brother's Maxell cassettes, all dubbed with rap music from LA and New York. Those early tapes, along with a weekly soundtrack provided by Nasty Ness's Rap Attack radio show, caused him to fall hard for Hip Hop music and it's culture. He believes the Pacific Northwest has one of the freshest hiphop scenes in the world and wants to shine a brighter spotlight on it by documenting it's rich talent.
Related Itemsannastasia workmancafe nordocomposerFeaturefemale composerSeattlespy theaterto savor tomorrow
← Previous Story Interview with Max Cavalera of the band Soulfly
Next Story → A Chat with Whitney Monge