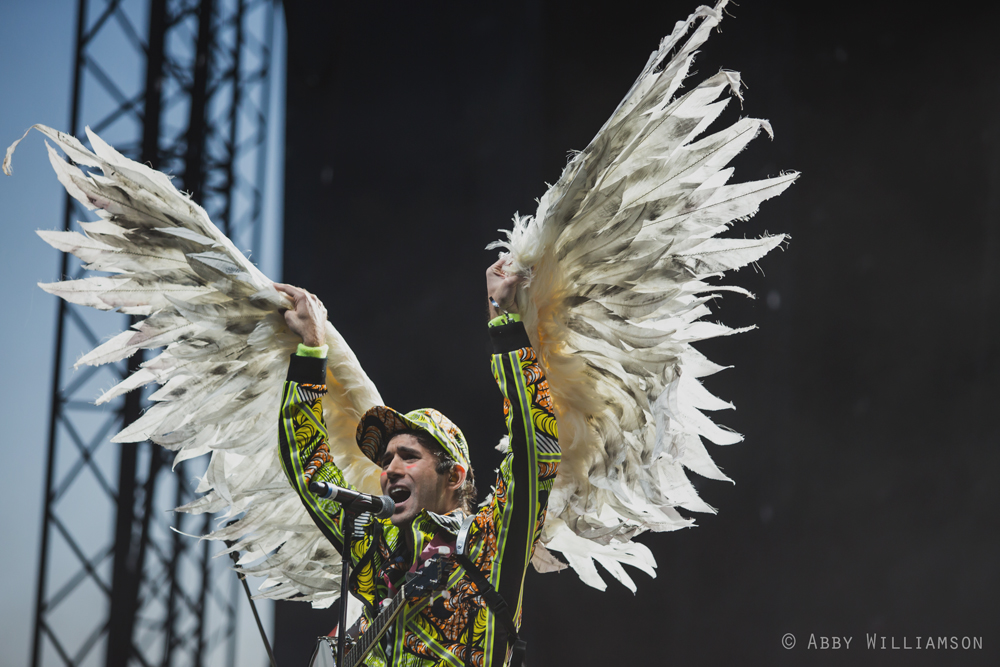 The Sasquatch Festival got back to normal after Sunday’s insane wind storm – the main stage was occupied all day, starting with local rock darlings Thunderpussy, and ending with Florence and the Machine.

It was a day of unadulterated rock and roll, with King Gizzard & the Lizard Wizard, Childbirth, Titus Andronicus, and Kurt Vile. But it was also a day filled with girl power – Thao and the Get Down Stay Down, Portland’s own Joseph, and the aforementioned Childbirth, Thunderpussy, and Florence and the Machine.

All in all, the festival ended on a strong note – with no a drop of rain in sight or a gust of wind over 30 mph. We’ll be back soon with a full write-up and the highlights from this year’s Sasquatch. Stay tuned.

Abby Williamson is a photographer, writer, and video blogger with a passion for live music – especially the local scene. She recently moved to Seattle after commuting from Gig Harbor for shows an average of once a week for five years, so she’s happy to not have to drive as much and photograph even more concerts! When she’s not elbowing her way up to the front row at a show or sorting through thousands of photos of those shows, Abby also does freelance wedding photography, all the while cultivating a decent-sized following on YouTube. Abby has contributed to several music blogs over the last five years (and she’s really excited to join the SMI team!), and has been published in at least one album booklet for the band, Someone Still Loves You Boris Yeltsin. She would like people to know that while music photography and writing is a huge passion in her life – she is a fan first, photographer second.
Related ItemsAbby WilliamsonFeatureFestivalgorge amphitheatersasquatchsasquatch 2016sasquatch festivalSasquatch! Music FestivalThunderpussy
← Previous Story Fisherman’s Village ’16: Winning
Next Story → The Lumineers Get Gorgeous At Marymoor Park