By Mike Baltierra on June 13, 2016@baltierraphoto 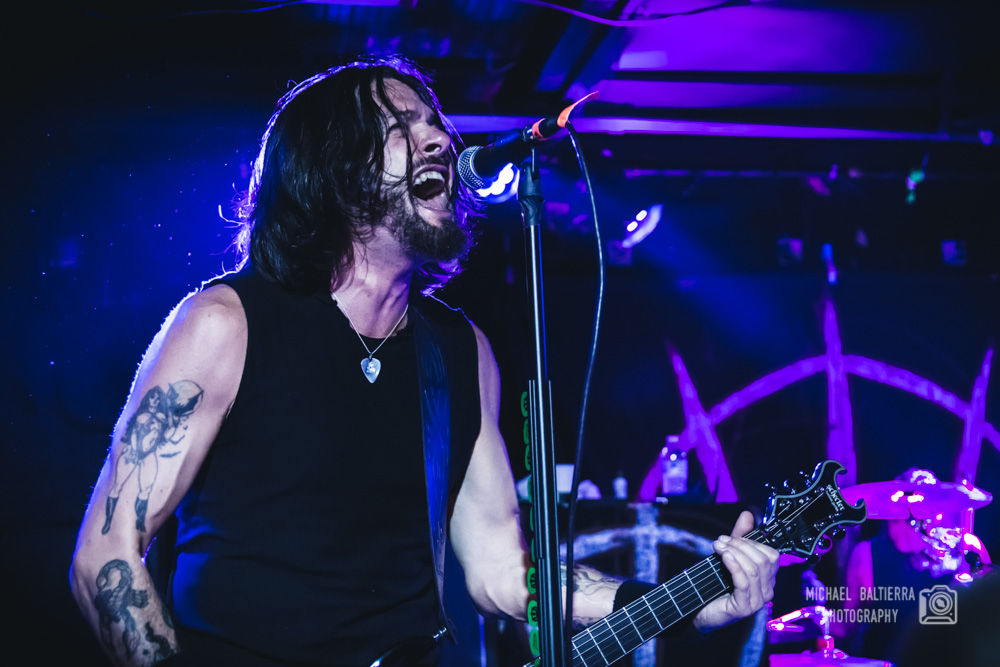 Hitting Seattle in support of their latest release, ‘ X – No Absolutes’, Prong played to a hot and sweaty packed El Corazon crowd who were there to sing, headbang, and mosh along to their favorite songs, that have spanned three decades by a band that does not seem to be slowing down any time soon.

The New York-based heavy metal band, made up of front man Tommy Victor (vocals / guitar), Jason Christopher (bass), and Art Cruz (drums) has never settled into one style of metal. Their sound has consistently evolved over time, ranging from thrash to industrial, to groove metal to urban metal. One thing is certain – their sound is distinct, unmistakably their own, and Prong has never been stale. This was evident during their set list that included material spanning over a majority of their catalog.

With Cheech and Chong’s “Earache My Eye” playing through the public address system as they made their way onstage, the band blasted into “Ultimate Authority,” the opening track off of their latest release. The band proceeded to tear through a solid, entertaining, and non-stop ear assault consisting of fan favorites such as “Unconditional,” “Rude Awakening,” ‘Beg to Differ,” “Lost and Found” and “Snap Your Fingers, Snap Your Neck.” The band played material mostly off of their albums No Absolutes, Cleansing, and Beg to Differ. Victor, with his distinctive guitar tone and vocal style, had the crowd singing at the top of their lungs. Christopher – laying down the deep end with some superb bass playing – also enticed the crowd to head bang in unison with the solid timing of drummer Cruz, who was ferocious behind the kit and is – without a doubt – one of most underrated drummers. Prong played a solid set of great catchy tunes which had the crowd happy and hungry for more.

Local Seattle band Salem Knights kick started the evening with high energy music to get the night going on the right foot. Hailing from Moscow, ID, Vial 8 were up next, entertaining the early evening crowd with their great brand of rock and roll. Third were Zero Down, another Seattle bred band, who played a very tight set. Their sound was infectious, the crowd going crazy over their music, their sound influenced by NWOBHM rock bands such as Saxon and UFO. Finally, in direct support for the headliners, were local stoner / doom metal favorites Witchburn, who played a solid set with material mostly consisting off of their latest release Bathed in Blood, as well as a few select tracks off of their debut full length album, This Is How We Slay Our Demons. The band demonstrated why there are one of the better local bands, playing a solid set to get the crowd primed for the evening’s main event.