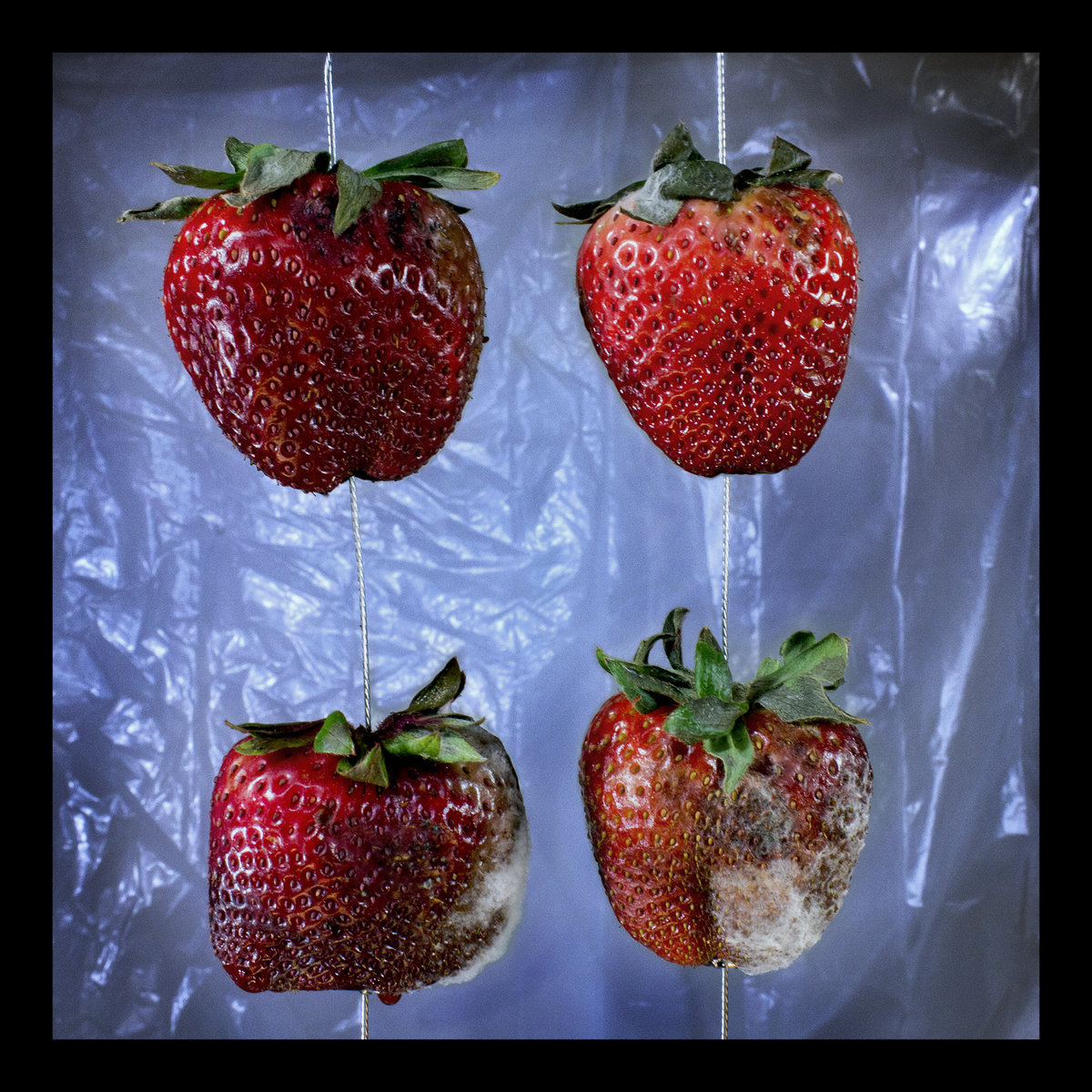 Four local PNW bands trade tracks on the split LP Four Corners, a self-released project featuring Asterhouse, Actionesse, Crystal Desert, and The Pro-Nouns. The bands share a punk aesthetic that’s shredded at the edges, yet each group showcases its own interpretation of that with wildly divergent results.

Asterhouse’s tracks are pop-punk combined with a smidge of metal. They start the album off with “Singing On A Soapbox,” and it’s a great opener, with “woo-woos” and tambourine pairing up with propulsive drumming to suck you in. It’s hard, yet infectious, and you’ll find yourself tossing your head and shoulders along with the music in no time at all. “Sweet Fragile World” takes a more emotionally passionate twist as it takes turns between ballad-esque verses and the power chord laden romp of its chorus. The guitar solo two thirds of the way through the song is as good as any you may have seen on Headbanger’s Ball back in the day, but without all of the attendant schmaltz and AquaNet.

Crystal Desert’s contributions are gritty and wonderfully herky-jerky. Ryan Alexander’s vocal delivery is snotty, fiercely apathetic (he makes it a thing), and filled with white-knuckled strain. When, in “Sick of Living,” he sings “my favorite thing about sobriety / is that sobriety burns,” it’s filled with searing sarcasm and topped off with a rage-filled scream. “Sick of Living” is dark yet triumphant, and features a bass solo near its end that will embed itself into your brain in a very good way. “Hide Your Eyes From The Shroud” is also catchy; the only downer is that it ends too soon (thank goodness for the repeat button). Joshua Ihler’s drumming on the track feels instinctual and a bit predatory as well.

Actionesse’s dirty horns lend an earthy-jazzy feel to songs that make you feel like you are at a party that is boiling into a drunken crescendo. The singing is high and sinewy, pairing with the upper tones of Joel Kenworthy’s ragged horn work and merging with the messy headwaters of the other instruments into a tumbling rapid of rock and roll. The actual lyrics are secondary in this raging bull of a band, their second track on the comp, “Who’s Gonna Wear This?,” featuring the single line “A thousand purple roses adorn your head.” The message, though, is clear: let’s jam.

The Pro-Nouns’ tracks are the most poppy, with “Electric Lady ” sporting an eighties New Wave feel, which seems to be in direct opposition to their other song on the record, “Light Speed Dimension.” This compilation closer has a lengthy, spacy intro and outro (which is a great way to end a comp, by the way) that act as bookends to a mellow song that could favorably be compared to Dire Straits. Guitarist Banner Driskell (who also had the initial vision that became Four Corners) is the one to thank for that. The Pro-Nouns are definitely the chameleons of this bunch, as many of their other tracks veer from rock to reggae.

For an album with so many bands contributing to it, it truly has great flow, with no stinkers to skip over. Mostly, Four Corners does exactly what it’s meant to do: pique your interest about bands you may not have heard before. And it does that by a damn sight and then some.

The bands of Four Corners have been playing dates as a unit to support the album, and their last date is this Saturday, June 25th, at The High Dive. A limited edition physical run of Four Corners will be available for purchase, and we here at SMI highly suggest grabbing a copy for posterity, because these bands are going places.

Christine Mitchell has been poring over album liner notes pretty much since she acquired the skill of reading, and figured out the basic structure of rock songs at an early age. Whether it’s the needle popping into the first groove of the record, the beeps that signal the beginning (or end) of a cassette tape, or digital numbers ticking off the seconds from zero, music brings Christine happiness, ponderous thought, opportunities for almost scientific study, and sometimes a few tears. When she started attending live shows two decades ago, a whole new piece of the puzzle clicked in and she has been hooked ever since.
Related ItemsActionesseAsterhouseChristine MitchellCrystal DesertFeatureFour CornersThe Pro-Nouns
← Previous Story Prong at El Corazon: Ticket Giveaway
Next Story → Lawrence Returns to Seattle Tonight