By Kriston McConnell on June 25, 2016@Kristonisms 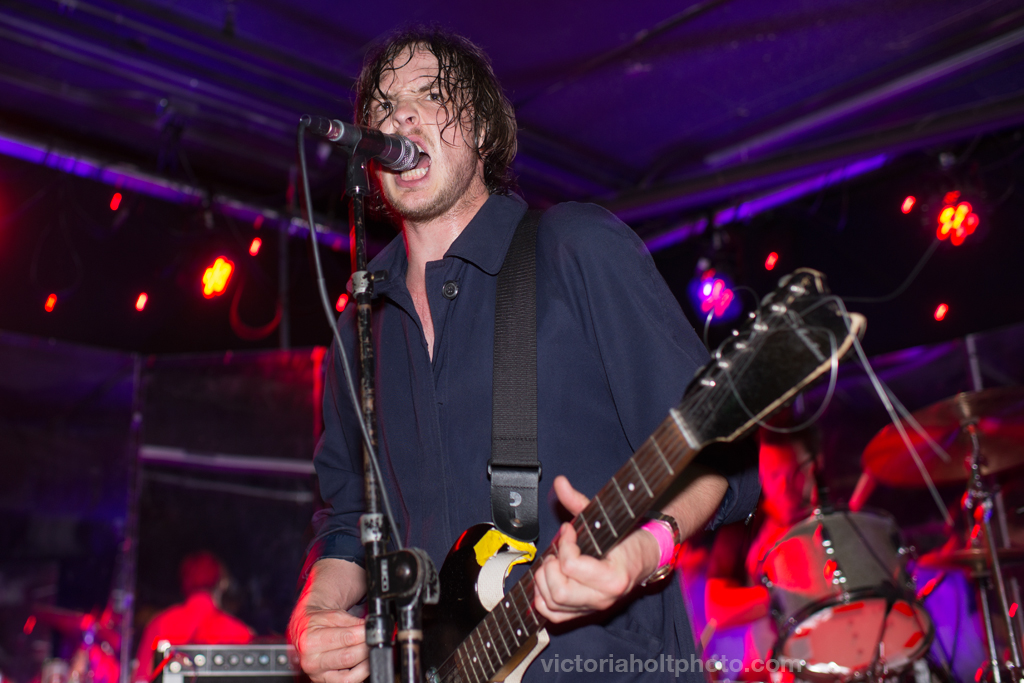 Since their inception in 2010, BRONCHO have amassed a dedicated fan base of music fans who crave chunky, reverb-laden vocals and guitars. The band may hail from the midwest, but their grunge-inspired style fits in to Seattle’s scene seamlessly. The group is currently on tour in support of their new album, Double Vanity, which was released via Die Alone Records. The band will be on the current leg of their tour until the end of June, then head back out on the road on August 3. The band performed at Seattle’s Chop Suey with two other groups for an evening filled with reverb, cheap beer and a fog machine.

The opener for the night was the Los Angeles-based dream pop outfit known as Winter. Their sound is the epitome of atmospheric pop. The frontwoman casually strummed her Fender Jazzmaster while purring every syllable of each lyric. She maintained a wily smile throughout their entire set – even while she was singing. Their songs were almost entrancing, as the band members swayed back on forth on stage. The next band up, Billy Changer, provided a boost of energy that woke the venue up from its dreamy daze. The bass player kept a steady beat throughout each track – encouraging the show attendees to get up on their feet and dance. The keyboardist swapped between her keyboard and the rhythm guitar a few times during the set, and even found time to engage in a guitar battle with the frontman.

By the time BRONCHO took the stage, the venue had filled up completely. Fans anxiously awaited the band’s arrival, and burst into cheers when frontman Ryan Lindsey lumbered on to the stage wearing, by all appearances, nothing but shoes, socks, and a trench coat. The stage was shrouded in a red fog, which lingered as the band began their first song. The combination of Lindsey’s reverb vocals and crunchy guitars made it nearly impossible to hear his singing though. That wasn’t a problem for the fans; they only needed to hear the guitars to know when to dance, cheer or mosh. They were especially excited when the group performed some songs off the new record – including “Señora Borealis” and “Fantasy Boys.”

Lindsey energetically bounced up and down nonstop throughout the entire set. It seemed that his eyes, which were intensely transfixed on the back of the room, were the only part of him that held steady. Most headliners like to stop and interact with the crowd, but BRONCHO opted to pack in as many songs as possible. By not taking the time to chit chat with the audience, they got right down to the point – which was to play music. Fans did not mind this, and happily moshed along to each song. By the end of their set, the frontwoman for Winter made her way into the audience and crowdsurfed across the floor and to the front of the stage, where she was haphazardly set back down by surprised audience members at the front of the crowd.

BRONCHO did not perform an encore, so when they reached the end of their last song, they thanked the crowd and quickly left the stage. They were there to play some music, and that’s precisely what they did.

Kriston began her writing career as a passionate music fan. She attended dozens of shows, purchased CDs, vinyl and even cassette tapes of artists she barely even heard of. Shortly after joining a band's street team she happened to meet blogger Jacob Tender (now with Alternative Press) who asked her to write for his blog. After a couple of months he joined the staff of Under The Gun Review, and brought her along for the ride. After spending four years as a major contributor to the publication she moved on to be a web content contributor for New Noise Magazine, whose print magazines have a national reach.
Related ItemsBilly ChangerBRONCHOChop SueyConcertDie Alone RecordsDouble VanityFeatureKriston McConnellReviewVictoria HoltWinter
← Previous Story Metal Church & Armored Saint West Coast Tour Touches Down at Studio 7
Next Story → Flight of the Conchords likes to rock the party