By Mike Baltierra on July 6, 2016@baltierraphoto 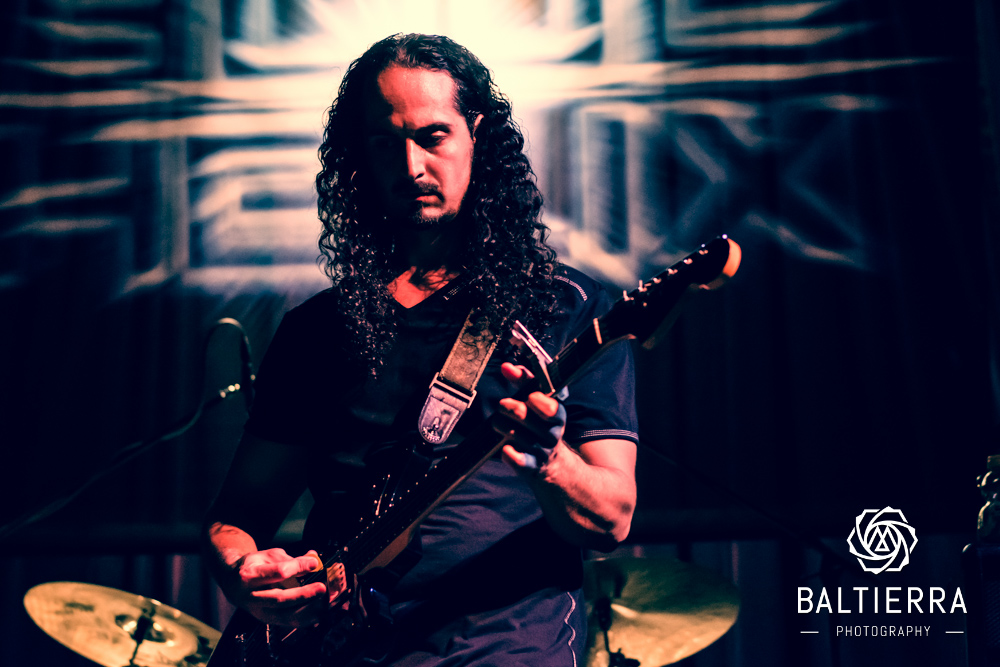 Blue Helix, a hard rock / grunge band based out of Puyallup, is made up of Sami Chohfi (guitars/vocals), Juan Carrion Jr. (bass),  and Noah Phipps (drums). The band premiered the video for their single “Aliens,” taken from their album Tale of Two Halves at the Columbia City Theater on Friday July 1.

Chohfi welcomed everyone who came out on a lovely summer evening to witness the premiere of their video for “Aliens.”  He described the video “as a love story about the final moments on earth of a dying man who accepts death through a love that transcends life.”  Chohfi also talked about how much planning and editing the entire process required and that, as he put it, was more challenging than recording an entire record.

Chohfi then introduced Asher Vast, Kevin Preston, and Amy Greenwood, who collectively make up the team at the video production services company Tetraknot. They went on to describe in more detail the process of shooting, the details put into the visual effects and working with the actors in the video as well as the band.  Vast also discussed shooting parts of the video at Deception Pass and the Quinault Indian Reservation in particular, which required special permission in order to shoot along its beaches.

After a short question and answer session with the band and Tetraknot, Blue Helix hit the stage, opening with “Masters of War” and going right into “Abuse” and “Escape.” The band were then joined onstage by guitarist Skye Warden and Amy Daves on violin. They then cranked out “Six8,” “I Believe,” “They Say,” and the crowd favorite, “Runaways.”

Getting the evening started was Skye Warden’s new solo project and rounding out the evening was Asterhouse.