Did Sherwood Play Their Last Show… Ever? 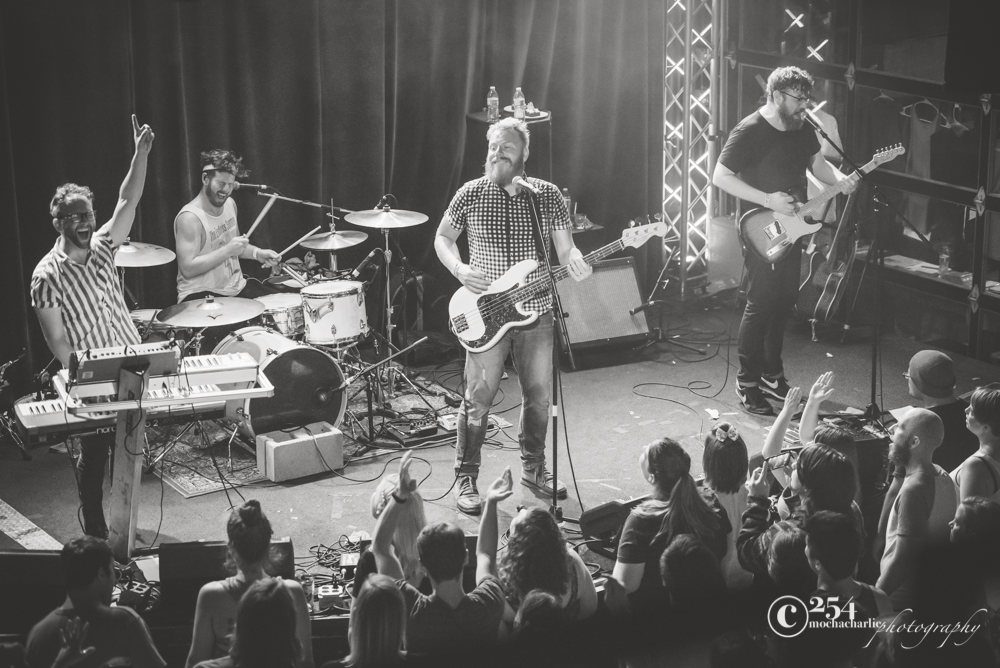 Last Wednesday’s show at The Nectar Lounge in Fremont had fans on their feet. At the same time, they were wondering if this would be the last time they’d see the band that they had been following since 2004. Did it mark Sherwood‘s final show? It did mark their final stop on their first tour in six years. After “officially” breaking up in 2012, they (according to band members) “raised kids, tended to their bee farm, and grew beards.” Sherwood emerged from hibernation and announced they’d be producing their fourth album in September 2015, their first EP in seven years.

The EP, Some Things Never Leave You, was finally released this past June, coinciding with a brief tour that gave some lucky fans the opportunity to see Sherwood perform again. All of the original members were slated to go out on tour; however, their drummer, Joe Greenetz, was about to become a father and wasn’t able to play. He did appear at their Portland show  for one song. His wife went into labor that night, and their baby was born the morning of the Seattle show.

Sherwood’s set was filled with old and new songs. Lead singer Nate Henry mentioned that this show was the longest one they’d ever played, and “the most Ibuprofen they’d ever taken.” They blew out candles, took shots, cheered, and danced. They belted out tunes they hadn’t played live in years, and it was remarkable how great they sounded after years of taking a “break.” They came together again, and fans were left with a remarkable gift: the gift of music, laughter, and thankfulness, and giving fans what they want. Sherwood shared a monumental evening with those who were lucky enough to snag a spot on the will-call list. Tickets to their Seattle show were one of the first to sell out. Seattle was one of the first places they’d ever played live on stage, and they felt it was the right place to play their “last show ever, or at least for a while.”

Sherwood brought along a few friends on tour to share the stage. Fialta, from Southern California, formed in 2011 and includes two original Sherwood members (David Provenzano and Michael Leibovich). Those who pre-purchased tickets for the tour received their latest album, Shadow Of A Drought, as a free download. Fialta refer to themselves as “four best friends, making fun music and loving life.” Their music was fun, infectious, and dance worthy.

Tyson Motsenbocker, a Washington native who now calls Southern California home, played a solo set from behind the mic & his guitar. He performed songs from his catalogue including those off his latest EP, Letters To Lost Loves.

Opening the show was budding young Seattle songstress Kristina Valencia, and she is having the time of her life. She’s already released her first EP, Something To Hold, and has a number of original songs under her belt that are ready to be recorded for a full length album. Playing in a variety of local venues (both solo and with a band to back her) over the past few years, she’s constantly on the pulse of what’s next. Not only is she the owner/operator of her own music blog site (www.findyourfav.com),  she also works full time and finds time to play as many shows as she can. Her 30 minute set was full of original songs, which she claims are all “sad”. You wouldn’t know it from the large smile that beams from behind her acoustic guitar. Singing about sad things isn’t stopping her from exuding happiness from the stage. Valencia continues to book local shows, and her next “big” show will be opening for Zane Carney, (John Mayer’s guitarist. Yes. That John Mayer), on August 2 at The High Dive.

Mocha Charlie is an amazing photographer who has a real passion for music. She covers and shoots several shows per month in and around the region. She a brilliant photo journalist but most importantly, she is also a mother who does her best to balance out her life and live it to the fullest. Mocha Charlie uses her passion and talent to support the community, her friends and family any way that she can.
Related ItemsFeatureKristina ValenciaMocha CharlieNectarSherwoodTyson Mostenbocker
← Previous Story Sting and Peter Gabriel Seattle Superstar Summit
Next Story → Capitol Hill Block Party 2016: Day One