By Kriston McConnell on August 2, 2016@Kristonisms 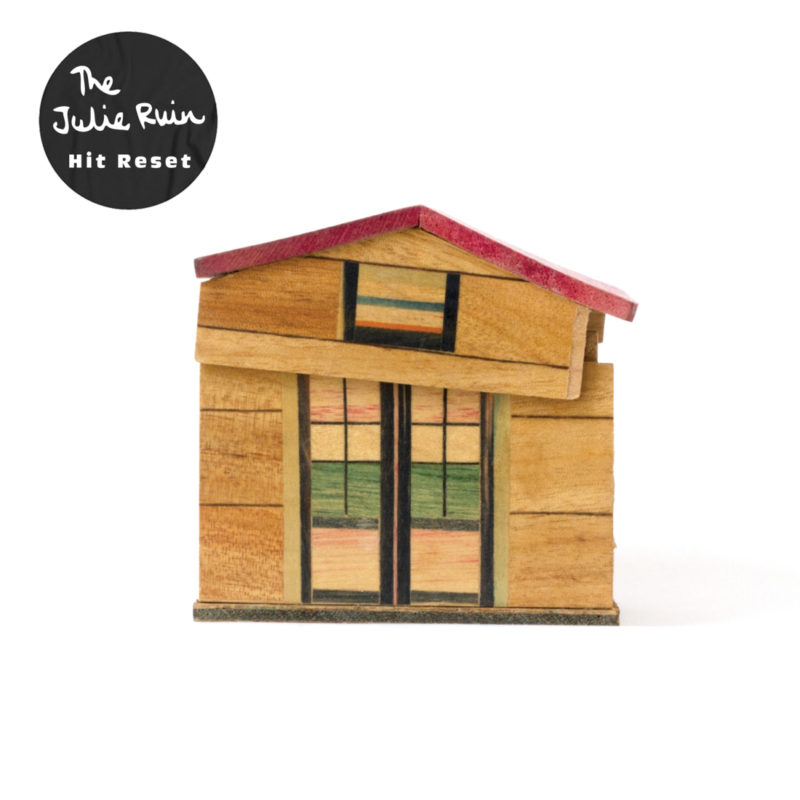 The frontwoman of The Julie Ruin, Kathleen Hanna, has been in the music scene for the better part of 30 years.

She officially started her music career in the all-female, feminist punk outfit, Bikini Kill. Before that, she was briefly in a band known as Viva Knievel. She also spent some time in the electro pop group Le Tigre. The Julie Ruin originally began as a solo endeavor for Hanna, but her triumphant return to the music scene means the revival of a chapter seemingly forgotten long ago. That return is expounded in the band’s new album, Hit Reset, which was released through Seattle-based label Hardly Art.

Over the course of Hanna’s career, one thing has been consistent – her unwavering feminism. She has been a strong feminist from day one, and is even credited with helping establish the Riot Grrrl movement. Longtime fans have come to expect unapologetic political observations, and their belief in her has been well-placed. Hanna’s words have not lost their edge in the time she’s been away. If anything, they’re just as pointed as ever. Hit Reset offers plenty of feminist themes that are witty, sharp and balanced.

Hit Reset opens with the title track. The opening lines are a reminder that Hanna still has a fire in her heart. The following track solidifies that notion. In that song, “I Decide,” Hanna lists off various things she could do, but reminds the listener that she gets to decide. There even appears to be a nod to the award-winning comic, Cathy, that ran in newspapers across the country from 1976 to 2010.

“Mr So And So” will put a smile on any listener’s face. The song highlights the hypocrisy of men who claim to be fans of feminism/feminist bands but do it for their own self-interest. “Followed you down the street to make my collection complete / And think it’s all okay / I’ll show your autograph to my Women’s Study Class without hearing what the teacher has to say.” It’s a fun listen that will make many fans laugh, and others cringe if it happens to apply to them.

In “Hello Trust No One,” Hanna sings about removing a toxic person from her life. “But if beating me down makes you feel better then I have a cure / Pack up your suitcase, move it right down the hall / I’m gonna take a picture of you walking out the door.” She hasn’t lost her playfulness though, and the next verse makes for a good chuckle. “‘Cause I can play one-handed guitar / While braiding my hair on a shooting star.” It’s good to remember to have a sense of humor in life, even if it’s meant to be a little sassy.

Hit Reset is a fun feminist record with clever, poppy hooks and a playful attitude. Hearing Hanna sing new verses after so many years is a refreshing break from not hearing her singing. Hardly Art undoubtedly made a great decision signing on a musician with the fire power that Kathleen Hanna has. They are one of the few labels consistently signing strong female artists right now. Aside from The Julie Ruin, they have on their roster Tacocat, La Luz, Chastity Belt and more. All of these groups have put out solid releases over the last few years, and The Julie Ruin is only their most recent success. For everyone’s sanity, let’s hope The Julie Ruin continue to liberate the music scene from male-centricity for many years to come.

Kriston began her writing career as a passionate music fan. She attended dozens of shows, purchased CDs, vinyl and even cassette tapes of artists she barely even heard of. Shortly after joining a band's street team she happened to meet blogger Jacob Tender (now with Alternative Press) who asked her to write for his blog. After a couple of months he joined the staff of Under The Gun Review, and brought her along for the ride. After spending four years as a major contributor to the publication she moved on to be a web content contributor for New Noise Magazine, whose print magazines have a national reach.
Related ItemsAlbum ReviewFeatureHardly ArtHit ResetKriston McConnellReviewThe Julie Ruin
← Previous Story A Chat with Whitney Monge
Next Story → Fitz and The Tantrums Return to The Northwest