Rob Zombie & Korn: Return of The Dreads Tour in Seattle 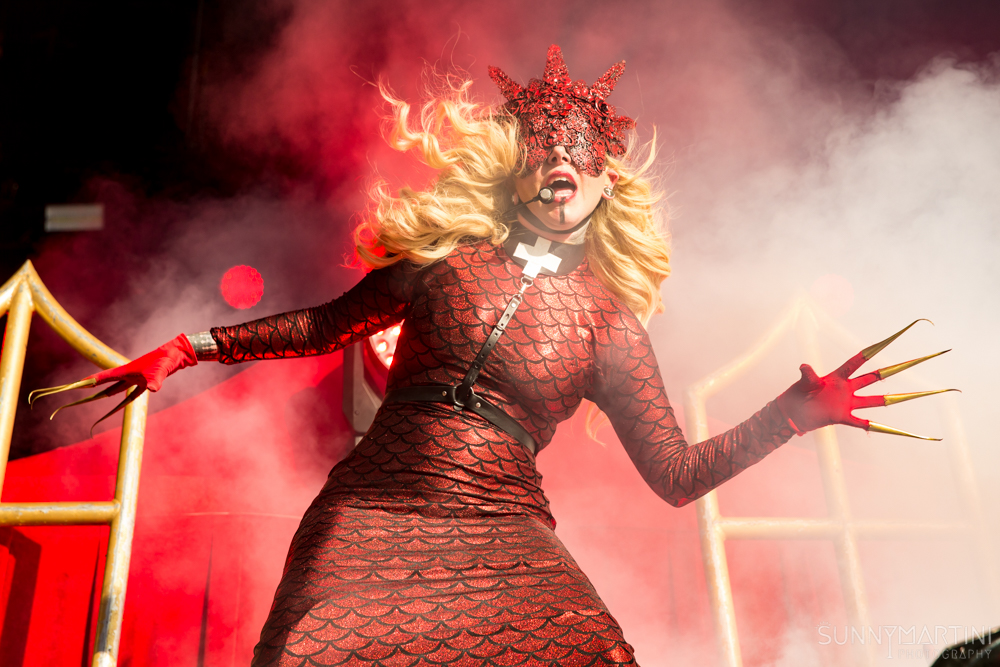 When powerhouse bands unite for a co-headlining tour, there’s a pretty good chance that it’ll be a show, and when one of those bands is the notoriously visual Rob Zombie, it’s a sure thing. During their stop at White River Amphitheatre for the appropriately named “Return of The Dreads” tour, neither Rob Zombie nor co-headliner, Korn, disappointed in giving an all-out performance.

Opening the show, LA metal band In This Moment brought everything to life with a set that somehow redefined “drama” right in front of our eyes. Their seven song set was almost an hour long, with singer Maria Brink and her two “blood girls” going in and out of a tent-like changing room between songs only to reappear with more seductive and disturbing costumes each time. Bathed in light, smoke, and roaring bass, and Brink led the band with major power and adrenaline, riffs riding high, the instrumentation raw and intense. They were definitely a solid act to get the crowd ready for a night of high-octane performances.

Bringing about the first bit of nostalgia for the evening, the 22-years-strong Korn took to the stage next. Frontman Jonathan Davis delivered with his famously growling pipes: major vocals that strayed from screams to scats and back again. Korn worked their way through a list of career-spanning hits, including new track “Rotting in Vain” from forthcoming album The Serenity of Suffering (out October 21).

The band were all incredibly active, moving around the stage, getting right up next to the crowd to sing and play, with an occasional crowd-surfer popping up during the heavy rhythms. Davis brought out his trademark bagpipes, as well as bringing a couple of VIP kids onto the stage to headbang along with the band. Overall, they still sounded solid, and the new material should satisfy even an old fan.

The night closed out with epic showman Rob Zombie, whose electro-horror-rock knows no boundaries. The band put on a spectacular show complete with giant monsters, inflatable aliens, and a looming boombox on the stage. Zombie himself was fully outfitted in bellbottoms and fringe, like a metal Elvis, dreadlocks flying via kooky dance moves all over the stage.

He walked the front of the crowd, grabbing hands, and later ran through the aisles shining a flashlight on everyone. There were giant balloons, a 6-armed skeleton, and a solo guitar national anthem. At one point he asked everyone to turn off their phones and just be a nasty human for a few minutes, upon which girls in the front got on shoulders and immediately pulled out their phones. But if there’s ever any question about whether or not to go see them live, Rob Zombie is a no brainer.