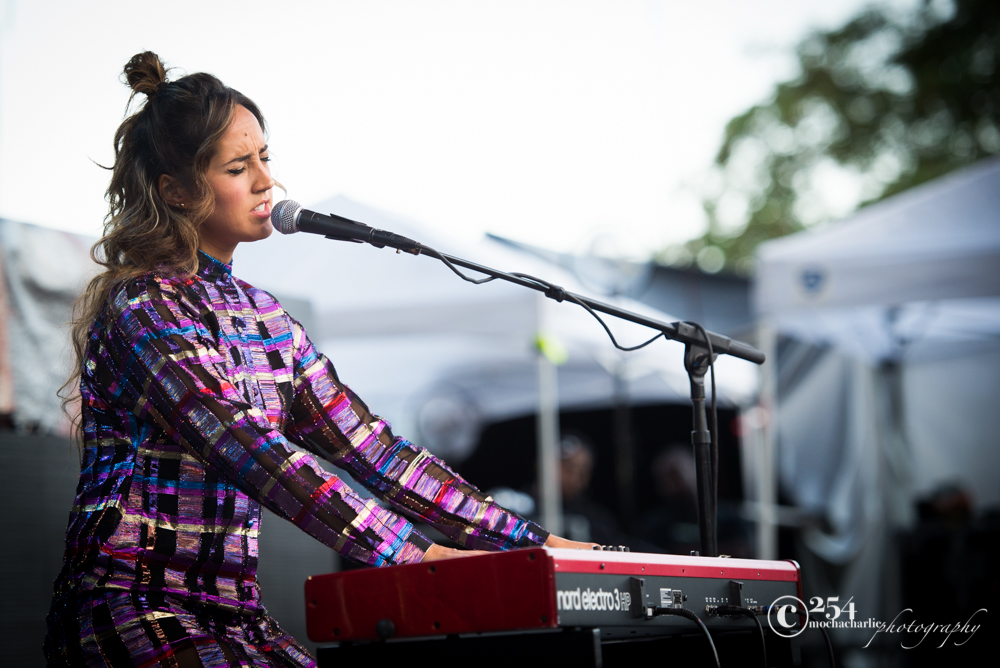 Seattle’s Tess Henley has kept very busy over the past few years. She’s hopped on a few national tours, played quite a few of her own headlining showcase shows, and appeared on The Jimmy Kimmel Show. She has also been getting ready to release her fourth studio album. Henley been settling into her home in LA, working at a few different studios, perfecting the sounds. She’s planning to release a single by the end of the year, with a full length due in early 2017.

When Henley got the call a few weeks back to play a certain show, she couldn’t believe it. She was being asked to open for Earth Wind & Fire at Chateau Ste. Michelle Winery for two sold-out nights. Henley quickly put plans in motion to get to Seattle. She made the decision to play solo, using looping for added sounds (snaps, tambourine and a bit of beat boxing) and background vocals. Donning a dress she “borrowed” from her mother, which she had tailored for the show, Henley was stunning. She chatted with the audience between songs, telling stories of each song she played, and her smile was infectious.

The crowd took to Henley quickly, cheering, clapping, and even asking for “one more” at the end of her set. Her performance on Friday night ended with a standing ovation and near sell-out of all of the merchandise she brought to sell over the two days of shows. The line to meet her, have her sign memorabilia, and snap photos was quite long; but she took time to be sure she met with fans old and new. Tess Henley will be announcing more about her new EP in the months to come, so be sure to keep up to date with her social media sites for the latest news.

Mocha Charlie is an amazing photographer who has a real passion for music. She covers and shoots several shows per month in and around the region. She a brilliant photo journalist but most importantly, she is also a mother who does her best to balance out her life and live it to the fullest. Mocha Charlie uses her passion and talent to support the community, her friends and family any way that she can.
Related ItemsChateau Ste. MichelleEarth Wind & FireFeatureMocha CharlieTess Henley
← Previous Story The 6th Annual Rock & Rally for the Troops at Cheney Stadium
Next Story → Ten Reasons You Should Support Thunderpussy