Lions Ambition Strips It Down 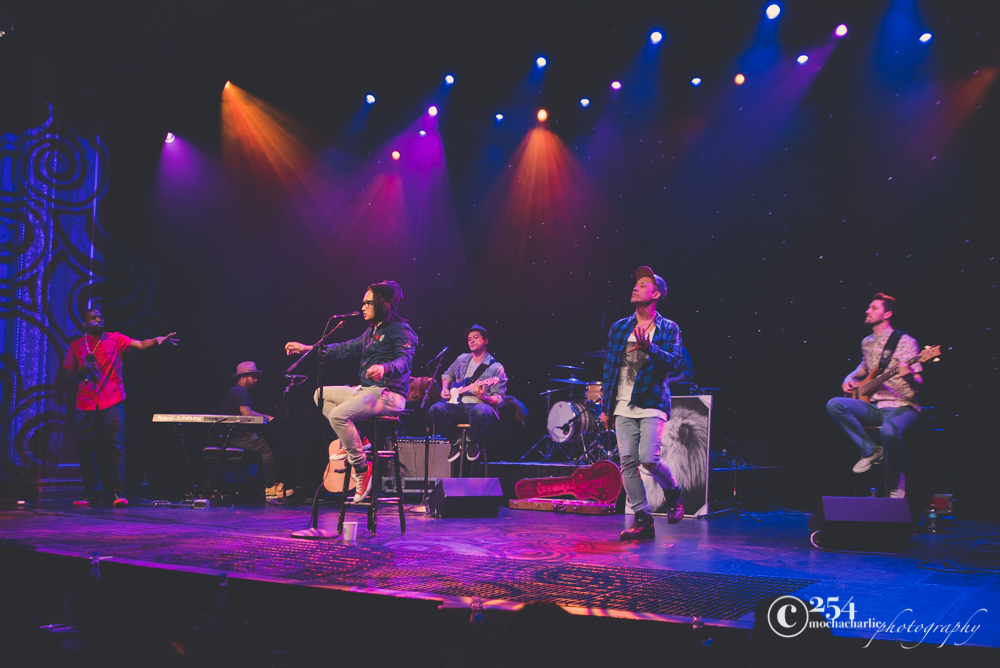 Lions Ambition recently decided to do something a little different. They reimagined their songs and set lists and stripped things down for a show at one of the only stages they had yet to perform in the city, The Triple Door. NYC based singer Briana Lobbett (a PNW native) opened the show.

A seated Lions Ambition shows is a bit out of the ordinary. Their shows are normally performed in front of screaming fans (their college venue shows draw crowds in the thousands) who wave their hands in the air while jumping around in sync with band members. Their show last week at The Triple Door was a performance that gave the band the ability to showcase their talents and provide more of a musical, storytelling event.

Lions Ambition sang songs from their catalogue, drawing from their hearts and passion for music and allowing their lyrics to take on a different vibe, The crowd loved it. Singers Marlon Turner, Frankie Starr Yaptinchay, and Richard ‘Magoh’ Austria took turns at the mic between songs to share life stories, musical influences, and behind-the-music style information with the crowd. They used the show’s set list and varied song structures to highlight individual band members, giving each ample time to shine. Yaptinchay joked that this was the first time Austria had brought a hot cup of coffee to the stage, drinking it between songs. As the show progressed, the stools on stage were used less frequently as the vocalists started to move about, and stage jumps were abundant in the end.

Lions Ambition will revert to their high-energy set next week when they open for 311 at Showbox SODO on August 17.

Mocha Charlie is an amazing photographer who has a real passion for music. She covers and shoots several shows per month in and around the region. She a brilliant photo journalist but most importantly, she is also a mother who does her best to balance out her life and live it to the fullest. Mocha Charlie uses her passion and talent to support the community, her friends and family any way that she can.
Related ItemsBriana LobbettFeatureLions AmbitionMocha CharlieThe Triple Door
← Previous Story Guns N Roses ROCKS Seattle
Next Story → Slipknot Returns to Auburn