By Mike Baltierra on August 20, 2016@baltierraphoto 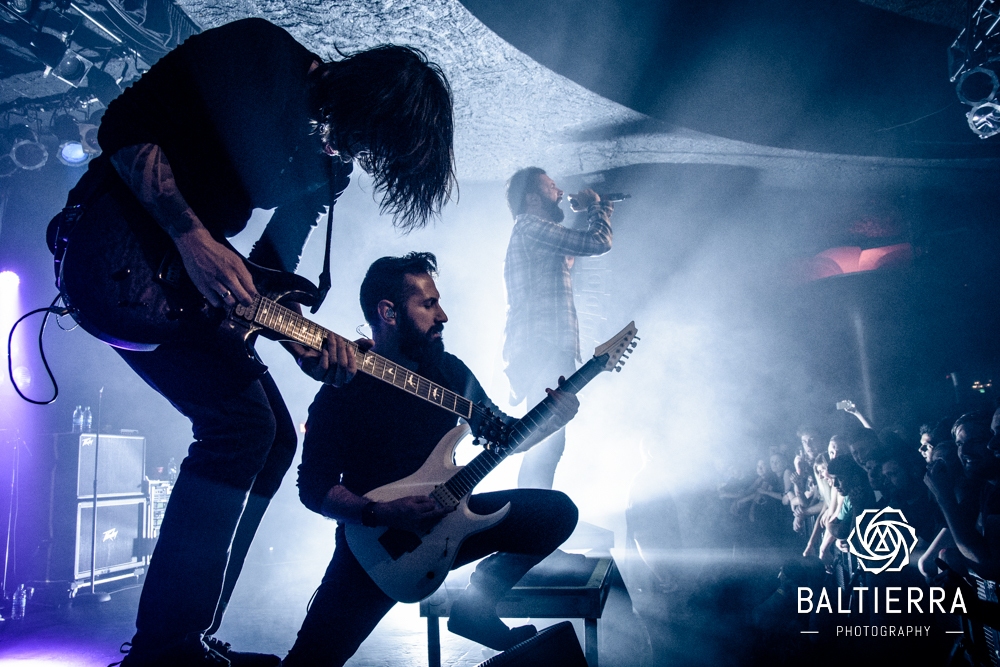 Periphery, the progressive metal band, who many consider to be the pioneers of what would become known as djent, along with support acts SikTh, Chon and Toothgrinder, brought the Sonic Unrest tour to the Showbox. A large and relentless crowd came out on a Monday evening to witness one of the best tour packages that has recently come to the Emerald City.

Opening the show were Toothgrinder. The band started their set with “The Hour Angle” and got the crowd bouncing. As the band made their way through their set, the crowd started up their circle pit. The band performed a quick hard hitting set that concluded with “Blue”.

Next up on the bill were Chon. The band opened their set with “Bubble Dream” off of their release Newborn Sun, and then proceeded launch into a set that consisted of incredible instrumentals. The band ended their set with “Perfect Pillow” off of Grow which left the crowd happy and eagerly awaiting the next band on the bill.

Next were direct support act SikTh who are based out of the United Kingdom and who are embarking on their first tour of the United States. The band is touring in support of their album Death of a Dead Day. With a very loud crowd who sang along with each song and dancing along in a large pit, the band fed off of the energy off of the crowd and played a solid and tight set. Following their set they promised to come back to Seattle soon.

Finally the headliners, Periphery, took the stage. The band, based out of Washington, DC, are currently touring in support of their latest release, Periphery III: Select Difficulty. The band consists of Spencer Sotelo (vocals), Misha Mansoor (guitar), Mark Holcomb (guitar), Jake Bowen (guitar), and Matt Halpern (drums). Absent was Adam “Nolly” Getgood (bass) who is not accompanying the band on tour. They opened their set with “Scarlett” off their album “Periphery II: This Time It’s Personal.”  The crowd was bouncing and screaming along with Sotello as the band played “Luck as a Constant,” “The Way the News Goes…” and the popular “Marigold”.

The band played a memorable set, mostly consisting of selections off of Periphery II and Periphery III.  To close out their set, Sotello proclaimed to the crowd to “love one another” and come together as if they were family, and ended with “Lune.” The show was certainly not a let-down and the audience – one that witnessed some of the best progressive metal acts under one roof – left wanting more.