By Mike Baltierra on August 29, 2016@baltierraphoto 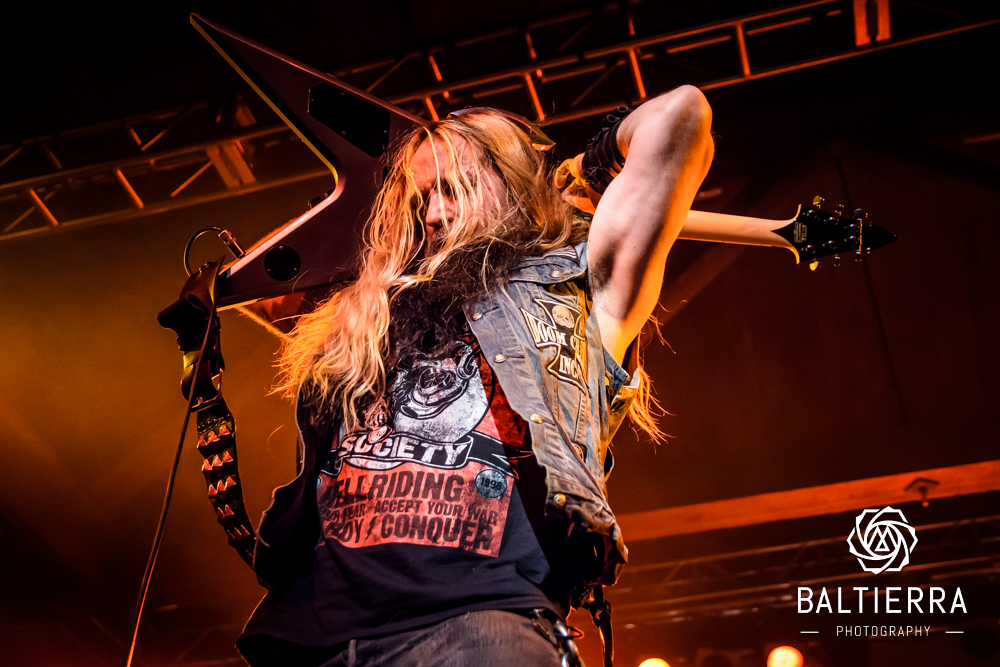 A packed Showbox Sodo was ready to hear some great live music and amazing guitar playing by one of today’s prominent and exceptional guitar players, Zakk Wylde. Wylde is on an extensive North American Tour in support of his latest release, The Book of Shadows II.

The lights went down and the roar from the Seattle chapter of the Black Label Society was as exceptionally loud as Wylde, along with John Deservio (bass), Jeff Fabb (drums), and Dario Lorina (piano / guitar) took the stage. The crowd, full of energy and singing loudly along with Wylde, were treated to an exceptionally long opening song, “Sold My Soul”, from Book of Shadows. The band then played many tracks off of Book of Shadows II, including “Autumn Changes,” “Tears of December,” “Lay Me Down,” “Yesterday’s Tears,” and “Darkest Hour.”

The band kept the crowd happy with their Southern rock as Wylde showed off his musical talents, playing piano on a few selections as well as harmonica. At one point Wylde left the stage and made his way through the crowd playing an incredible guitar solo. He stopped throughout the venue, letting the fans circle around him while he shredded on his signature Wylde Audio Viking V guitar before making his way back onto the stage.

The crowd was appreciative of the band’s efforts and chanted Wylde’s name throughout the entire evening. The band played an awesome set and provided a solid performance. Wylde did not let down the Seattle crowd and everyone was more than happy with Wylde’s brand of country infused bluesy rock & roll.

Kicking things off with their self-proclaimed “Bluespower” brand of blues & rock was Jared James Nichols. The band consists of Nichols (guitar / vocals), Erik Sandin (Bass), and Dennis Holm (drums), and they primed the crowd with their powerful set. Opening with “Don’t You Try,” the bluesy jams were spot on and the crowd enjoyed the bands other offerings such as “Crazy,” “Can You Feel It?,” and “Playing for Keeps.” The band also played Ted Nugent’s “Stranglehold” before ending their set with Mountain’s “Mississippi Queen”. The crowd showed their appreciation as the band ended their short set.

Next up were hard rocking alternative band Otherwise, which is made up of Adrian Patrick (vocals), Ryan Patrick (guitar), Tony Carboney (bass / vocals) and Brian Medeiros (drums). Many in the crowd were very familiar with the band and were ready to hear what they were about to deliver. The band played selections off of their albums Peace At All Costs and True Love Never Dies, opening their set with “Love and War” before launching into “Die for You.” They played other great selections such as “Fate is Your Enemy” and “I Don’t Apologize” before ending their great set with “Soldiers.”

Zakk Wylde Setlist:
Sold My Soul
Autumn Changes
Tears of December
Lay Me Down
Road Back Home
Yesterday’s Tears
Between Heaven and Hell
Darkest Hour
Throwin’ It All Away
Dead as Yesterday
Eyes of Burden
Way Beyond Empty
The King
Lost Prayer
Sleeping Dogs