By Kriston McConnell on September 9, 2016@Kristonisms 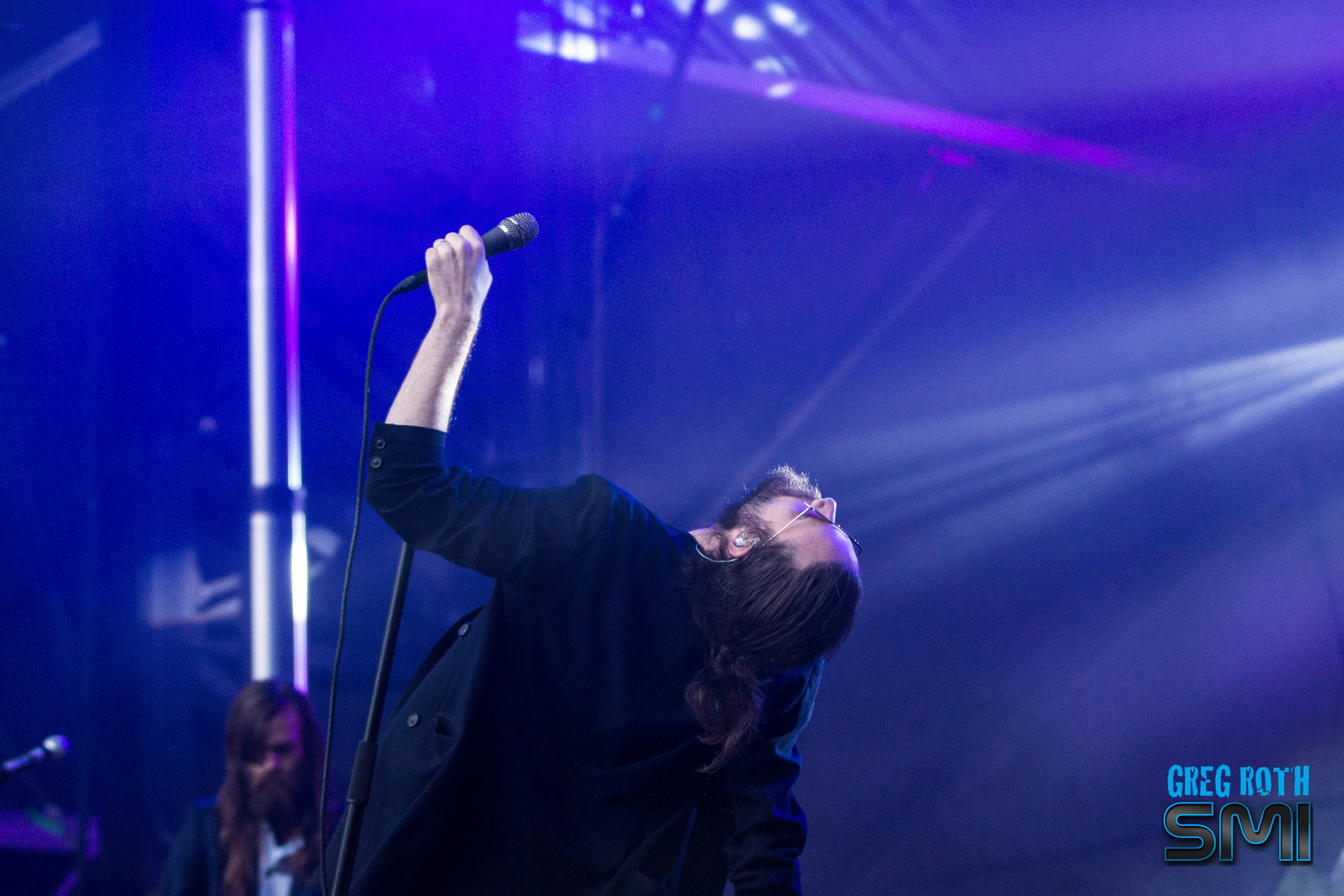 For Bumbershoot 2016, things were set up a little differently from previous years. Instead of taking place on Labor Day, the festival took place in the 3 days leading up to the holiday. At least part of the reason for this is to help festival attendees who had to work the next day (the day after the holiday). It’s also difficult to ignore the fact that the festival likely saved thousands of dollars by not having to pay their employees time and a half to have them work on a holiday that is set aside for employees’ rights.

Though it had been raining all week, the weather had mostly cleared up by the time the first band hit the stage Friday afternoon. The first group was Seattle-based hip hop outfit, Cosmos. The group won the EMP’s most recent Sound Off! battle of the bands competition. They have a unique approach to hip hop – infusing electronic beats with orchestral instruments like a saxophone. The crowd was a bit on the small side as it was the first day of the festival, but that did not stop the band from rocking their set. The frontman wore what is now his signature outfit – a NASA jumpsuit. He worked the stage and encouraged fans to dance and sing along as the instruments emanated through the speakers.

There were so many great local acts peppered throughout the entire weekend, but some of the best performed on Saturday, including the SMI favorite Fly Moon Royalty. They are a lovely band with one of the most charismatic frontwomen in the local scene. Adra Boo’s powerful voice could have easily filled a much larger space than the KEXP stage had to offer. Some other awesome local acts to hit the stage on Friday were Naked Giants, DoNormaal and Chastity Belt. Any of these bands would have been equally suited for Memorial Stadium in lieu of Tyler, The Creator, who hurled insults and a slew of foul language at the audience his entire set.

If there was an award for “most majestic,” that would to go St. Lucia frontman Jean-Phillip Grobler. Not much can top the wind blowing in his hair while the backlit stage made him appear as though he was glowing. He took a brief break from being majestic and climbed into the crowd to sing as he wandered, grinning from ear to ear, through the throngs of people. He is an excellent entertainer, and kept the audience engaged throughout the set as he danced around on stage.

Another solid entertainer was Josh Tillman – also known as Father John Misty. The audience was anxious for his appearance, and screamed when he finally walked over to his microphone. Before he was known as Father John Misty, he was the drummer for Fleet Foxes for four years, and it appears that he is making up for all those years behind the kit by being a larger than life entertainer. He almost seemed to be a little too cool to be at Bumbershoot. He confidently strutted around on stage, donned in all black attire and impenetrable black sunglasses. The best word to describe his presence on stage is seductive. He seduces the audience with his calculated movements, which are timed perfectly to emphasize the lyrics. His rich voice boomed through Memorial Stadium, wooing the crowd, which swayed along to the music.

One of the most underrated performances of the evening was by Zella Day. She was the second to last female artist to perform that evening, and her set was fabulous. Her electronic infused pop was the energy boost needed to power through the rest of the evening’s festivities. Strong electronic pop performers always make for a solid music festival addition, especially for attendees who love to dance. She performed a few of her popular hits, including “The Outlaw Josey Wales” and “East Of Eden.” She even performed a couple of new songs, titled “Tigre” and “Man On The Moon.” The audience danced and sang along to Zella Day’s set, which seemed to end much too soon.

Overall, the first day of Bumbershooet was pretty successful from a lineup standpoint. The festival grounds were pretty sparse though, even in the evening when the headlining bands hit their respective stages. This was likely due in part to the fact that the festival kicked off on a Friday before a holiday weekend, and it’s possible that fans had to work before hitting the festival. As long as they continue to offer a solid lineup, including a strong showing by local artists, then they should be able to pull in more fans even during the weekday.

Kriston began her writing career as a passionate music fan. She attended dozens of shows, purchased CDs, vinyl and even cassette tapes of artists she barely even heard of. Shortly after joining a band's street team she happened to meet blogger Jacob Tender (now with Alternative Press) who asked her to write for his blog. After a couple of months he joined the staff of Under The Gun Review, and brought her along for the ride. After spending four years as a major contributor to the publication she moved on to be a web content contributor for New Noise Magazine, whose print magazines have a national reach.
Related ItemsBumbershootChastity BeltCosmosDoNormaalFather John MistyFeatureFly Moon RoyaltyGreg RothJake HansonKriston McConnellNaked GiantsZella Day
← Previous Story Crystal Desert sears and burns
Next Story → Saturday at Bumbershoot