Tears For Fears Shouts It Out In Woodinville 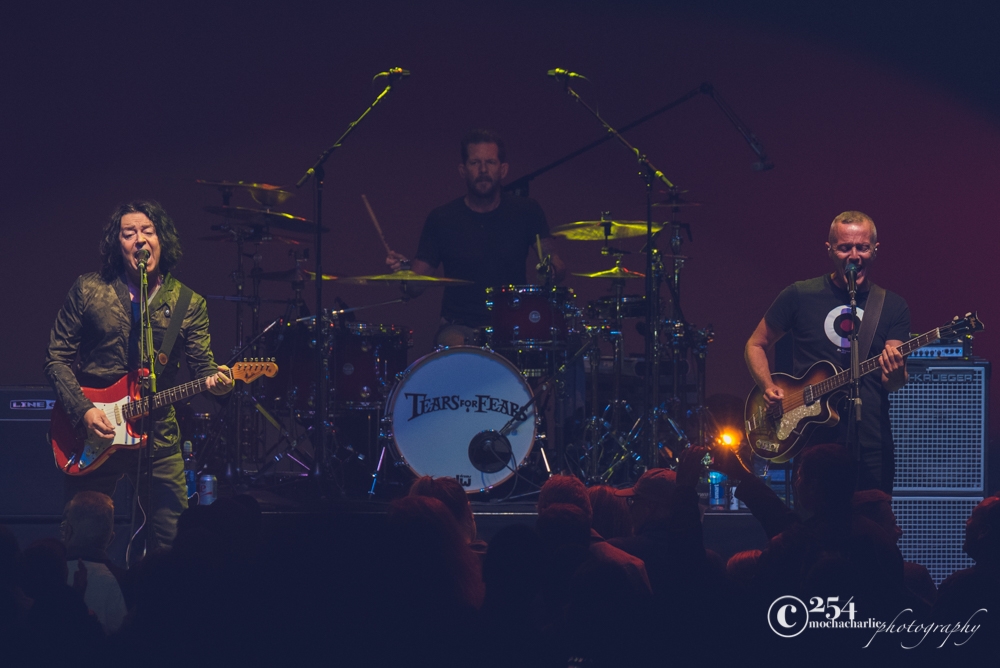 Chateau Ste Michelle Winery brought out some great bands this year during their summer concert series. Classic 80’s iconic band, Tears For Fears, who were originally scheduled to play one of the early dates back in June (but due to family issues the band postponed), played the venue’s final show of the season last weekend.

Although breaking up for nearly ten years back in the 90’s, Tears For Fears founding members Roland Orzabal & Curt Smith reconciled in 2000, and continue to bring audiences to their feet all over the world. Their vocal performances still send chills down the spines of fans who have been there from the beginning, and their popularity continues to grow as they gain new fans due to their songs being covered by numerous musicians and bands across the globe.

Sunday night’s show sold out quickly before the summer even began, and although the option for refunds was given to ticket holders for the original date, the rescheduled event went on at sold out status. The band took the stage after fans had finished off their picnics and gathered together toasting glasses of wine. The first song fans heard was an eerie cover of the band’s “Mad World” by Lorde, which played over the speakers as the band walked out. Fans stood and cheered throughout the show as they played songs that span nearly four decades, including four tracks from their debut album, The Hurting.

Singer/songwriter Carina Round (Puscifer) has been lending background vocals for their live shows for the past few years now, giving many songs a unique twist. A highlight of the evening, (for those who were in perfect view), was catching the (near full) moon rise from behind the stage. It rose from behind the clouds just as the band played their cover of Radiohead’s “Creep.”

Everybody Wants To Rule The World

Sowing The Seeds Of Love

Break It Down Again

Everybody Loves A Happy Ending

Advice For The Young At Heart

Mocha Charlie is an amazing photographer who has a real passion for music. She covers and shoots several shows per month in and around the region. She a brilliant photo journalist but most importantly, she is also a mother who does her best to balance out her life and live it to the fullest. Mocha Charlie uses her passion and talent to support the community, her friends and family any way that she can.
Related ItemsCarina RoundChateau Ste. MichelleFeatureMocha CharlieTears for Fears
← Previous Story Dope Reunites To Promote Blood Money
Next Story → Dolly Parton Performs at the Showare Center