St. Paul and The Broken Bones Uplift the Faithful 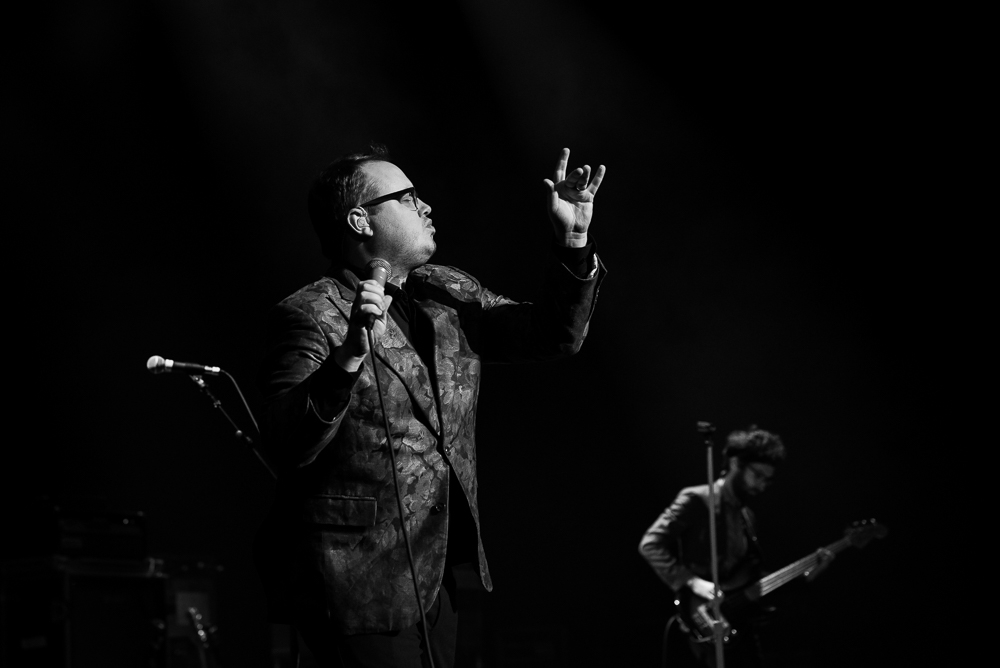 St. Paul and The Broken Bones (Photo by Phillip Johnson)

On this September Saturday night, the patrons of the Paramount Theatre were treated to an incredible night of rock n’ roll tour de force and some heart wrenching (and filling) soul via St. Paul and The Broken Bones.  The golden, ornate theater was filled with a festive crowd who was probably wondering why there were seats because this night a festive dance party from start to finish and they probably could have used the extra room to groove.

Opening the evening at 8pm on the dot was Seratones from Shreveport, LA.  “Are you ready to party Seattle?” exclaimed lead singer AJ Haynes at the beginning of their set, and party they did.  Touring in support of their 2016 release Get Gone, they brought all of the energy the Gulf Coast with them.  Their sound is simple: powerful and pure rock n’ roll, and it was perfectly personified during their performance of “Kingdom Come.”  Haynes kept the crowd on their feet as she commanded the stage with Tina Turneresque moves and Joan Jett guitar skills.  To say the small crowd in the theater was warmed up is an understatement.  One thing is for sure, the patrons in the lobby and bar enjoying some beverages definitely missed out.

As the stage was getting set for St. Paul and The Broken Bones, the music was jazzy and whimsical; not quite the norm but definitely set the tone for what was to come for the sold out crowd that began to take their seats.  When the lights came down and the curtain went up, organ music began playing and the crowd looked upon a simple stage.  However, when vocalist Paul Janeway hit the first notes of the extremely funky “A Mighty River,” it was evident that this crew from Birmingham, AL didn’t need anything more than their soul.  Their set contained a great mix between their first album Half The City and their latest release Sea of Noise.  Janeway, sporting a purple floral print jacket and gold shoes, worked his matching gold microphone with that unique voice that is full bodied and tender.  The stage was his pulpit and he smoothly showed off his James Brown moves and strutted from side to side while belting out those soulful notes.

While the night was made for dancing, it was the fervently heartfelt ballads that stood out during their set.  When the band began “Broken Bones & Pocket Change,” Janeway felt that this song was best sang in the masses.  So he made his way into the crowd, stood on an empty seat, and preached to the crowd “Broken bones and pocket change/This heart is all she left me with.”  After that emotional performance, the band had a chance to shine with a groovy instrumental interlude that truly highlighted the chemistry and musicality of those six musicians.  The band pumped it back up with the standout hit “Call Me” and then brought it back to a sensual groove with “Sanctify.”

It was a classic performance in a classic Seattle institution from a group with a classic sound.  The band may allude to broken bones in their name, but they certainly filled the hearts and healed any broken souls from those who were lucky enough to groove with them on this night.