Home / Previews / Concerts / Art Of Dying Rocks Out With Nevermore

Art Of Dying Rocks Out With Nevermore 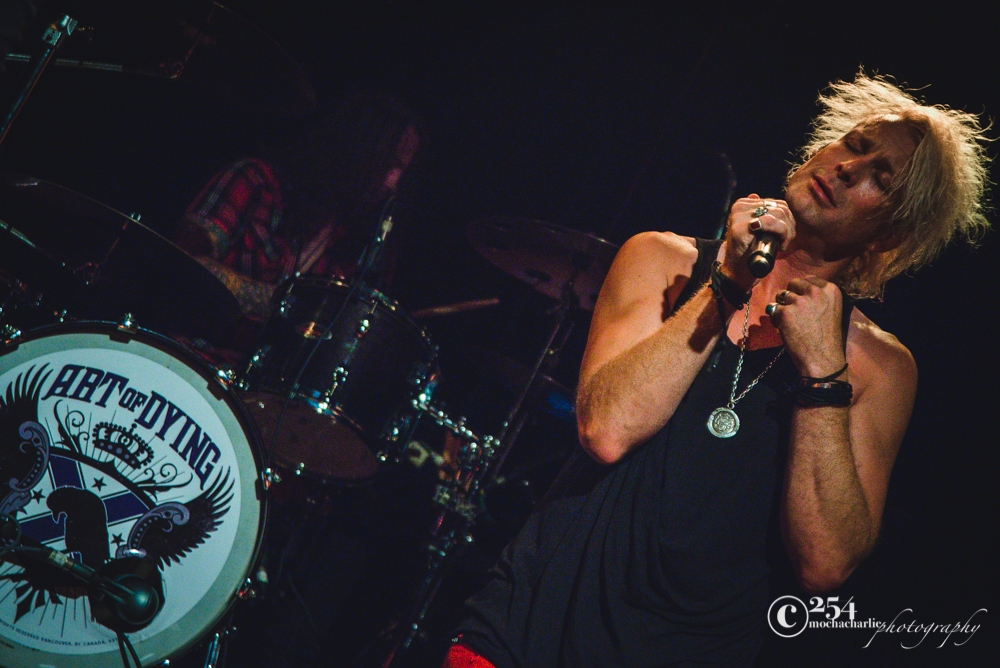 Art Of Dying at Studio 7 (Photo By: Mocha Charlie)

Canadian rock band Art of Dying is out on the road promoting their latest release, Nevermore, and their fans are loving it! They recently played over at Studio 7, headlining the night after Seattle band, The People Now, Southern California band Letters From The Fire, and Minesota’s,Children 18:3 warmed up the crowd.

Art of Dying’s single “All Or Nothing” is a good descriptor of the band’s latest modus operandi: both self-production/independent release of Nevermore and taking on a greater responsibility in order to get their music seen and heard. Guitarist Tavis Stanley has taken on the additional role of tour manager, the band sells their own merch after shows, and they all act as production staff & stage crew. Art of Dying continues to rock hard on stage and stays after their set to meet as many fans as they can. With lead vocalist Jonny Hetherington‘s high energy performance, drummer Cody Watkins‘s deep cut beats, bassist Cale Gontier‘s smooth & gritty tones, and guitarist Tavis Stanley‘s killer solos, the band is tighter than ever and it shows on stage and off. Their current tour wraps up in the Mid-West at the end of October.

Mocha Charlie is an amazing photographer who has a real passion for music. She covers and shoots several shows per month in and around the region. She a brilliant photo journalist but most importantly, she is also a mother who does her best to balance out her life and live it to the fullest. Mocha Charlie uses her passion and talent to support the community, her friends and family any way that she can.
Related ItemsArt Of DyingChildren 18:3FeatureLetters From The FireMocha CharlieStudio 7The People Now
← Previous Story Fauna Shade powers Stereo Wire party
Next Story → Pennywise’s ‘About Time’ Tour Kickoff at SoDo