By Mike Baltierra on October 3, 2016@baltierraphoto 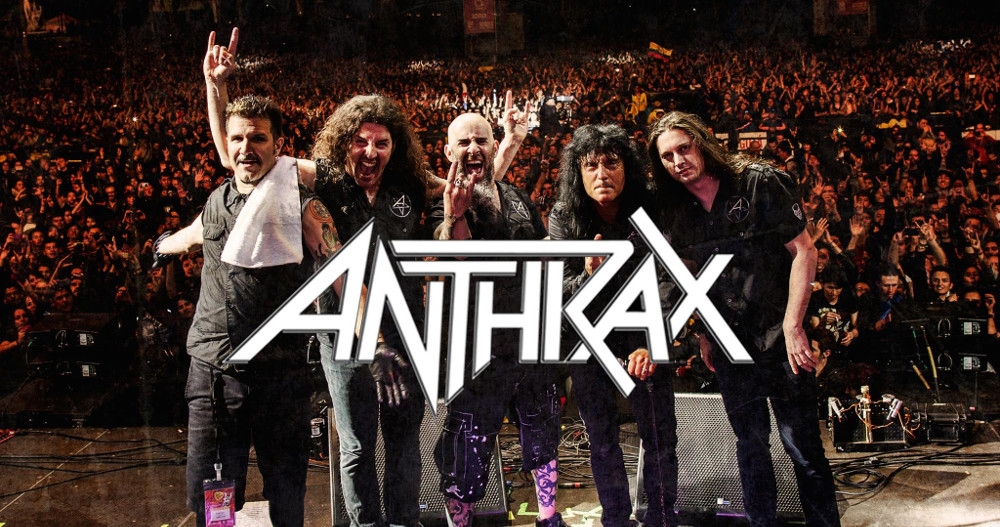 Thrash metal legend Anthrax will be performing October 21 at the Hawthorne Theater in Portland, OR. The band is currently touring in support of their latest release For All Kings, which is the band’s eleventh studio album and was released on Feb 26, 2016 via Nuclear Blast Records.

The band was founded in 1981 in Queens, NY by Scott Ian (rhythm guitar), and currently consists of bandmates Joey Belladonna (vocals), Charlie Benante (drums), Frank Bello (bass) and Jonathan Donais (guitar). They are considered one of the pioneers of speed and thrash metal, and have sold over 2.5 million records in the United States. Anthrax is also credited with laying the foundation as to what would be later considered Rap Metal and Nu Metal.

For All Kings has been met with rave reviews and the singles “Evil Twin,” “Blood Eagle Wings,” “Breathing Lightning,” and the latest, “Monster at the End” have been in heavy rotation on many radio and internet stations.

Opening the show is San Francisco’s Death Angel, who are on tour supporting their latest release The Evil Divide which was released on May 27, 2016 also via Nuclear Blast Records.

The show promises to be a solid evening of classic American thrash metal. The show is sold out, so hopefully you have your tickets so you’ll be able to enjoy getting caught in a mosh!