Brendan James Howls Back To Seattle 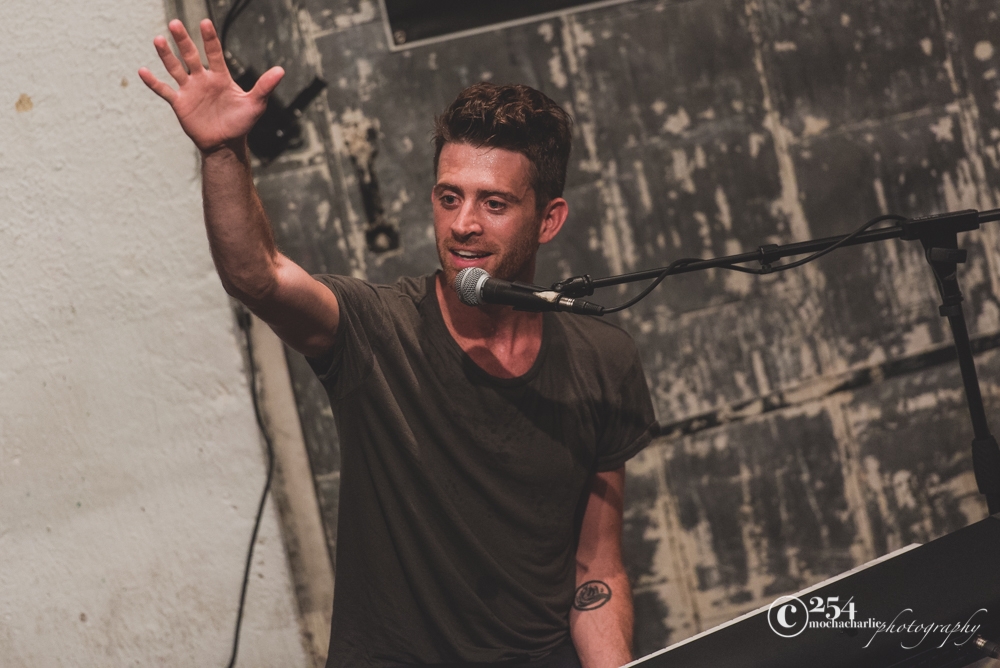 For the last few years, Brendan James has toured the Seattle area in early October. This time he chose to plan a Seattle Secret Shows, his third, and again he sold out the venue with diehard fans eager to see him perform.

Still in heavy promotion of his latest endeavor, James played songs from his crowd funded EP The Howl as well as deep cuts from previous albums. He also shared a song he had been working on for nearly a decade written for a “son,” or many “sons,” and finally finished this year in honor of his recent family addition, a son of his own. It was aptly named (for now) “Milo’s Song,” after his seven week newborn. He received two standing ovations, one at the end of his set, and again after the encore. He adored the crowd and vibe that a SSS show creates, and promised to return for show number four (TBD). Until then, you can continue to hear the lead single off the new EP, “Bring My Love Home,” which is finally receiving some well deserved radio play, Also, his instrumental song “Nothing For Granted” can be heard in promotion commercials for NBC’s “This Is Us.”  You can even go back in time and watch the entire Seattle Living Room Show from Saturday night, which was broadcast via Facebook Live.

Hannah Gill & The Hours from of NYC opened the show. This was the first tour that brought them to the West Coast. Gill’s vocals are reminiscent of 20’s-30’s jazz or blues club tunes, and rounded out with backing musicians on guitar and trumpet. She’ll step off this tour for a bit, and pick up again in November, ending on the 19th.

Mocha Charlie is an amazing photographer who has a real passion for music. She covers and shoots several shows per month in and around the region. She a brilliant photo journalist but most importantly, she is also a mother who does her best to balance out her life and live it to the fullest. Mocha Charlie uses her passion and talent to support the community, her friends and family any way that she can.
Related ItemsBrendan JamesFeatureHannah Gill And The HoursMocha CharliePiranha ShopSeattle Living Room ShowSeattle Secret ShowsThe Howl
← Previous Story The Posies’ Secret Show at Hilliard’s
Next Story → “A Band in Seattle Christmas” delivers locals-only versions of holiday tunes