Gojira brings their North American Tour to the Showbox Sodo

By Mike Baltierra on October 12, 2016@baltierraphoto 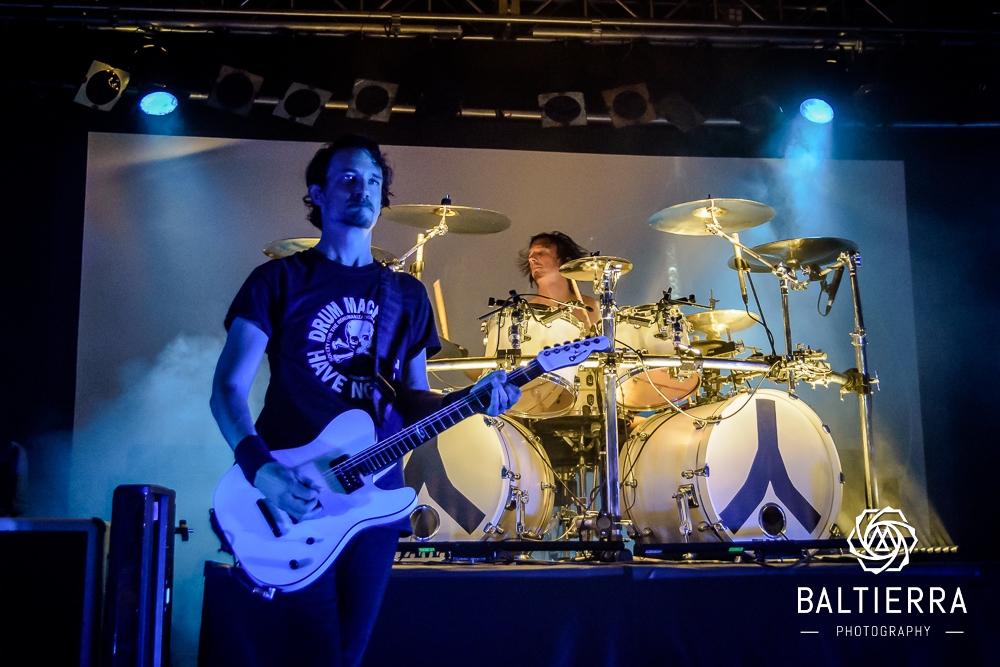 Gojira at The Showbox (Photo by Mike Baltierra)

Heavy metal rockers Gojira of Bayonne, France, brought their Magma North American tour to Seattle. The band played an amazing set that featured a production focusing heavily on lighting and video projections.  They focused both on newer selections off of their latest release, Magma, and on songs that spanned the band’s twenty year history.

Gojira, which is made up of Joe Duplantier (guitar / vocals), Mario Duplantier (drums), Christian Andreu (guitar) and Jean-Michel Labadie (bass), have released six studio albums and are known for their own take on metal, which combines elements of death, groove, and thrash along with environmentally themed lyrics.

Magma has been met with critical and fan acclaim, and judging by the large crowd at the Showbox SoDo, the crowd was fired up to see an amazing performance. Opening with “Only Pain” off of Magma, the band gave a taste of what was to expect for the rest of the evening. “The Heaviest Matter of the Universe” and “Silvera” saw Gojira and the crowd singing together. The fans showed their appreciation with a huge circle pit and prolific crowd surfing.

The band did not waste much time in between songs, barely allowing themselves enough time to come up for air before launching into “Stranded” and “Flying Whales.” Gojira did an excellent job of entertaining all of the senses between their music and stunning visuals (compliments of the intricate lighting, fog and video show). It was an incredibly long set, clocking in at almost two hours. The band played many favorites, including “Remembrance,” “L’Enfant Sauvage,” and “Wisdom Comes.” Mario also provided an awesome drum solo that had the crowd chanting his name as he lead the band into “The Shooting Star,” “Toxic Garbage Island,” and “Pray.”  The band finished out their amazing set with “Vacuity” before thanking the crowd for coming out, then proceeded to spend time shaking hands with fans along the barricade and tossing picks and sticks to the crowd.