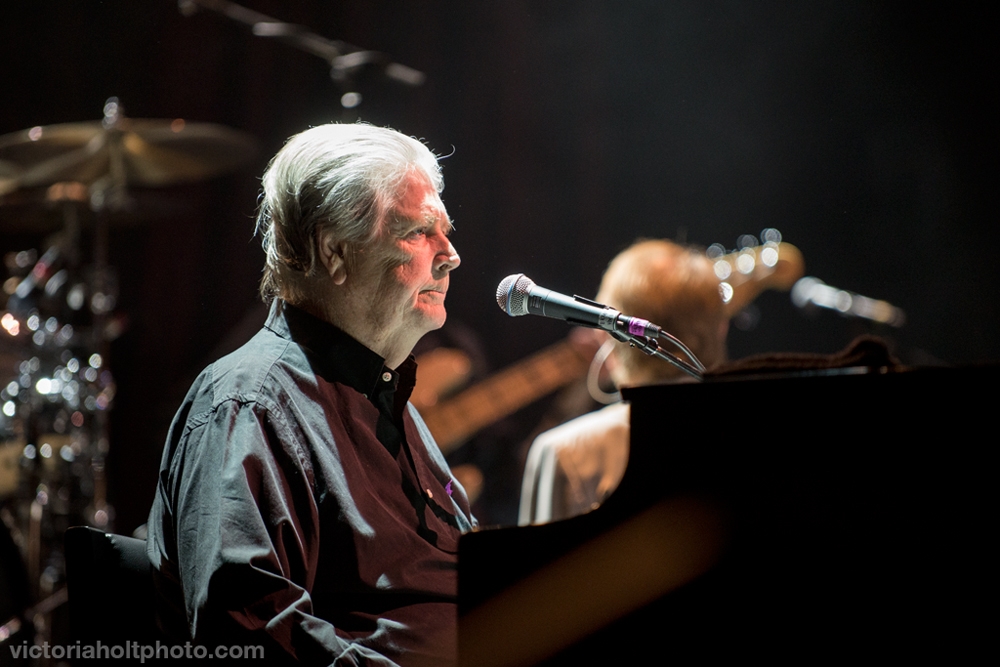 The Pacific Northwest is surrounded by a lot of water but is not known for its surfing. Throughout decades, the music of The Beach Boys have brought surfing to us, along with teenage fantasies of bikini-clad California beauties, hanging out at the beach by day and cruising in tricked out 409s at night with girls like Rhonda, Barbara Ann and Caroline. The Beach Boys didn’t just sell the world some of the catchiest and iconic  music ever composed, they sold the world “The California Dream” and a lifetime of Endless Summers.

The architect and spiritual leader of the dream is a man that never surfed but also bought into the very dream that he helped create, one Brian Wilson. The genius of Wilson goes beyond writing songs that have stood the test of time throughout generations and has made Capital Records and a lot of money. It is the sheer complexity of the harmonies, arrangements and production of seminal Beach Boy records, like Holland and of course Pet Sounds.

Names like Beethoven, Mozart, Gershwin, McCartney and Lennon, Wonder, Prince, etc. are thought of when one thinks of great composers that set the bar and changed the way music was written, produced and recorded. Count Brian Wilson in this elite club. One of the most ground-breaking albums ever produced, Sgt. Pepper’s Lonely Hearts Club Band supposedly came about after Lennon and McCartney heard the masterpiece Pet Sounds, probably said something like: “Oh crap! We better get busy creating something spectacular!” Pet Sounds as a complete record, is nothing short of perfect. It was impeccably arranged and produced. Each song is a handcrafted gem. All the needed ingredients were there to create a musical document and piece of art that has stood the test of time and will continue to long after we have moved on to the next dimension. We hope that there is a nice sandy beach there.

Pet Sounds was an amazing departure from earlier Beach Boy records, which favored straight time signatures and driving rhythm and oh….those voices. Pet Sounds changed the game, it was Wilson’s vision and strength of songs that makes Pet Sounds an incredible sonic journey, while still maintaining a familiar, trademark sound.

50 years after its release, Pet Sounds still stands up as one of the records that is a must have for any audiophile and music lover. Wilson returned to Seattle to play the STG The Paramount Theatre and to celebrate the 50 year anniversary of the release of the musical masterpiece.

Backed by a brilliant 12 piece band, which included former Beach Boy sideman and charter member, Al Jardine and the legendary Blondie Chaplin, who reunited with Wilson on his most recent tours for the first time in 40 years. The whole band was on point, and the vocalists stunningly replicated those complex and rich harmonies. Jardine’s son Matt provided several highlights throughout the evening nailing the super-high, signature harmonies on songs like “California Girls” (which kicked of the evening), “Help Me Rhonda,” “Barbara Ann,” “I Get Around,” and more.

Of course, there was the man himself, sitting behind his piano, slightly audience left with his wingman, Jardine standing right along side him. It was fun to see the banter between two founding members of The Beach Boys – two old friends that have traveled down a long road together.

Wilson’s voice isn’t as strong as it used to be, he moves a little slower these days but the soul and feel is still there and of course there is the strength of songs like “Caroline” and one of the most beautiful songs ever written, “God Only Knows.” When Wilson sang lead on some of the classics, his familiar voice was weathered, but in a good way. Wilson’s voice is that of a man who has traveled many roads, stumbled and gotten back up and kept on truckin.’ The fact that Wilson is still putting out new music and performing live is an accomplishment in itself, given Wilson’s past physical and psychological struggles.

It was apparent that Wilson was having little fun celebrating the music that was and still is the summer soundtrack for millions. Several members of the band shared lead vocal duties on songs where a higher range and stamina were required. Chaplin sharing the lead with Wilson on ‘Sail on Sailor” was lovely. Chaplin’s guitar pyrotechnics and charisma were on full display, delighting the Paramount audience, who stood up to applaud on several occasions throughout the night.

Brian Wilson’s Seattle show wasn’t just some nostalgic oldies set, it was a celebration of an incredible catalog of timeless, game-changing music.  Wilson also threw in some new material from his most recent effort, No Pier Pressure. The curation of the non-Pet Sounds material was perfectly executed and a nice compliment to the centerpiece of the concert. Wilson’s band performed 35 songs in total, and although there were a few that I would have loved to hear – in particular, “Heroes and Villains” – we were given the vastness of The Beach Boy Catalogue – the entire set list is below. The pacing and flow of the show culminated in a beach dance party during the encore which featured classics like “Fun, Fun, Fun” and “Surfing USA.” The evening ended with the timely and beautifully poignant, “Love and Mercy.” You could have heard a pin drop and there was nary a dry eye in the house. A perfect end to a perfect evening celebrating songs from our very own American original and treasure, Brian Wilson.

Not only is he a multi-media journalist, he is also an accomplished musician. He is the founder of SMI and drives the creative look, feel and branding for the publication. His years of writing, arranging, and performing live music in a variety of genres inform his ability to communicate the message and the mechanics of music. Roth’s work on SMI reflects his philosophy that music is the universal language, and builds community. He believes it has the power to unite people of every race, religion, gender, and persuasion.
Related ItemsAl JardineBlondie ChaplinBrian WilsonFeatureGreg RothPet SoundsThe Beach BoysThe ParamountVictoria Holt
← Previous Story Gojira brings their North American Tour to the Showbox Sodo
Next Story → Ghost holds its Black Mass at the Moore Theater